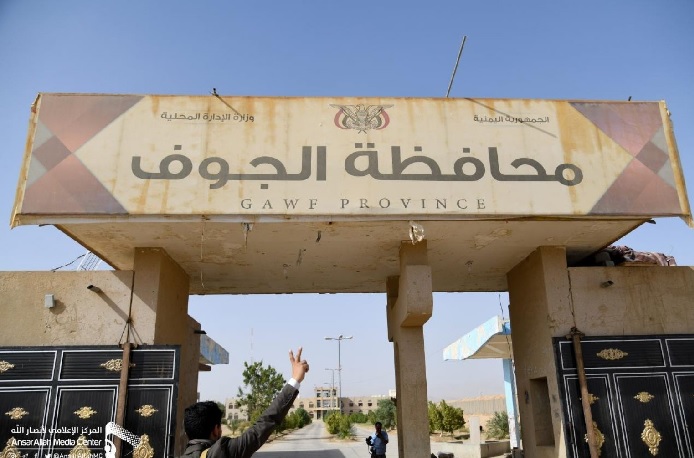 Following a recent offensive over the last few weeks in Yemen’s northern al Jawf Governorate, the Houthi insurgency has reported that its forces are in ‘full control’ of the area.

In a statement released earlier today, Yahya Saree, the Houthi movement’s military spokesman, announced that the insurgents had taken over most of al Jawf except for a few areas closer to the borders with Saudi Arabia.

Those areas, such as the Khub wal Shaaf district, were recently retaken by Yemeni forces of the Saudi-backed coalition. This also includes al Yatma, where the Houthis also recently attempted to assassinate the governor of al Jawf with a ballistic missile.

Despite those areas, the Houthis remain in firm control of al Jawf’s capital, al Hazm – which was captured earlier this month – and its various surrounding districts.

Photos released by the Houthis today also detail the movement’s firm control over the provincial capital.

In separate statements over the last few days, the Houthis have also claimed to have shot down several Saudi F-15s with Fatir-1 anti-aircraft missiles, which were first showcased last year.

Though only one recently claimed downing, which occurred last month, appears to be confirmed.

The Houthi insurgency will now likely turn its attention to the neighboring Ma’rib Governorate, where fierce fighting has taken place over the last few months.

Just today, the Houthis reportedly launched an attack on the town of Sirwah. The insurgents also claimed to have captured a Yemeni military camp near the town, but this has been refuted by the Yemeni forces.

Additionally, the Yemeni military said its men started a counter-offensive against the Houthis in this area.

Coinciding with the push near Sirwah, as many as three Houthi ballistic missiles have also been launched inside Ma’rib in recent days. The missiles reportedly hit inside civilian areas of Ma’rib city, according to local residents and reports.

The Iranian-backed Houthis have routinely used ballistic missiles as part of its military strategy during offensives.

The complete loss of Ma’rib would be a severe blow to the Saudi-led coalition in Yemen and would help solidify Houthi control over much of the country’s north.

Photos released by the Houthis from the city of al Hazm:

Violence affects more people than ever before in Africa’s Sahel