The Horn Of Africa States And COP27: An Achievement? – OpEd Humankind has damaged the weather and the climate of the world to the extent they can no longer survive without changing their attitude to their activities. The climate of the world has been changing over the past two hundred years or so, and more so than any other era before, and for the worst. Now what is climate change? This is a heavy question and yet simple and direct. It is generally defined as changes in temperatures and weather patterns, mainly caused by people, but mostly those of the developed world and/or the richer nations. It is generally blamed on the burning of fossil fuels – oil and gas and coal, which they use for ease of life, production and services, and general comfort. It started with what is generally referred to as the “Industrial Revolution”.

Burning of fossil fuels has been producing over the past two hundred years greenhouses gases that envelope the earth and hence help warming it at a faster rate that it can handle naturally. These gases include among others carbon dioxide and methane. Many people assume that climate change is just the warming process, without really paying attention to the many other effects of the change of weather. The earth is a living ecosystem, where a change in one thing causes changes and for the worst, may be in other parts of the system.

The world’s countries have been discussing this climate change over the past 27 years and they know the solutions. They came up over this period with many lofty programs such as the Sustainable Development Goals, the Paris Agreement and the UN Framework Convention on Climate Change – Conference of the Parties (COP). But none of those were fully implemented, as they should have been. We just came off the COP27, which was wrapped up on November 20th, 2022. A major announcement was made of an achievement after long and arduous discussions that lasted over some two weeks. Over two hundred countries participated in the conference and some 112 heads of state and governments.

COP27 came up with a “loss and damage” fund. Egypt’s Foreign Minister who spoke on the matter noted that this was a “Historical Achievement” after 27 long years of discussion to help countries and regions affected by the damage developed and rich countries have done to the climate. Many of these poor countries and regions such as the Horn of Africa States have contributed little or nothing to this climate change that is threatening life on earth, but they are paying heavy in terms of loss of life and livelihoods and all the resultant side effects of conflicts, migration, disruption of normal life patterns and loss of opportunities for investment.

Is this real or just one of those pledges, from which they backpedal as soon as the conferences and summits are closed? We know of the Kyoto Protocol and of the Paris Agreement. What is the “Loss and Damage” Fund and what is the size of this fund and how would they contribute to it and for how long and many others, are the questions that come up to mind. None of those details are as yet clear to the general public and it remains to be seen in the coming days and weeks and/or months or may be years.

What is in it for the Horn of Africa States? It will depend on how the leadership of the region works together and pushes for a fair share of this fund. The region is certainly fragile and vulnerable and is exposed to failed rains and conflicts arising from competition over meager resources, and often exploited by foreign interests. It is perhaps high time the leadership of the region realized that no would do the right things for the region but themselves. People help only those who help themselves first. The leadership of the region should realize that this world is not kind, loving and nice as they make it appear to be. It is a harsh jungle out there and only fit for the survival of the fittest. By working together, they stand a chance. Individually, on the nation-state format, the region is doomed.

Some vulnerable countries are reported to have claimed over US$ 500 billion climate linked losses over the past two decades, representing some 20% of their GDP. Our own thoughts on the GDP for poor countries represent a weapon of math destruction, for the real GDP of such countries cannot be measured. There are certainly no correct statistical data in this respect. The Summit which is now closed has not defined what would be considered as “Loss and Damage” caused by climate change. These and many other details will have to be worked out and it appears it would take up until the next conference on climate change to figure out what would be the size of such loss and damages. In the meanwhile, the poor countries of the world would continue to suffer from the climate change. Do not put too much hope into these dreams and the Leadership of the Horn of Africa States, should work hard together to alleviate the damages caused by climate change to the best of their abilities. They would succeed if they adopted the right mindset. 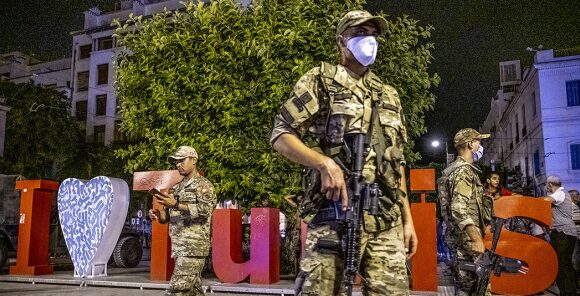