The DRC: Threats And Opportunities In A Complex Neighborhood – Analysis The Economic Community of Central African States (ECCAS) has appointed the president of the Democratic Republic of the Congo (DRC), Félix Tshisekedi, as the mediator in Chad after a wave of violence hit the African nation in October. The designation was the culmination of a busy October for the Congolese leader, who carried out several international trips to neighboring countries and the United Kingdom and received high-profile delegations. The high-profile meetings occur amid tensions between the DRC and Rwanda over the crimes committed by Rwanda-supported M23 militants. Now more than ever, Kinshasa needs allies.

From Kinshasa to N’Djamena

The decision to appoint President Tshisekedi occurred during an emergency ECCAS summit in Kinshasa on 25 October. Said summit resulted from the wave of violence and protests in Chad on 20 October, which took the lives of “at least 50 people and [injured] dozens of others.” The demonstrations were caused by an announcement by Chadian President Mahamat Deby that he will remain in power for an additional 24 months “after the 18-month transition he pledged following the death of his father last year [2021] in April.” The decision provoked anger among the Chadian population.

An ECCAS statement made after the summit called for peace in Chad, which is “necessary for economic development.” The statement also announced President Tshisekedi, the current ECCAS president, as a facilitator in Chad’s transition process. Moreover, the DRC’s Minister of Regional Integration and for the Francophone World, Didier Mazenga Mukanzu, will be one of three ECCAS special envoys to “support the mediator” in this mission. “I thank you for the honor of entrusting me with this facilitation mission to Chad during its transition period,” President Tshisekedi told the meeting.

The situation in Chad has been violent and complex since the death of President Idriss Déby on 20 April 2021. As a result, a transition military council was installed and headed by Deby’s son, Mahamat. “The military authorities originally promised an 18-month transition to elections when Deby seized power in April 2021…under the new plan… the transition that was due to end this October has been extended by two years, meaning elections would take place around October 2024,” explains Reuters. Moreover, President Deby will be allowed to run for the presidency again in the new elections. The Africa Center for Strategic Studies at the US National Defense University argues that “Déby’s regime has used the parlance of political dialogue to create the masquerade of a political transition and appease international stakeholders, while gaining some support from longtime rivals at little expense to his control.”

Since assuming office in 2019, President Tshisekedi has had to manage several internal political crises (mainly to decrease the influence of former President Joseph Kabila) and international issues (Rwanda, and joining new regional blocs). The Congolese leader will now have the daunting task of successfully addressing the situation in Chad, which will require diplomatic finesse and statesmanship.

The death of a head of state is a shocking development for any country. Deby’s demise occurred while he led Chadian troops into battle in April 2021 against the insurgent movement Front for Change and Concord in Chad (FACT).

At the time, President Tshisekedi was the chairperson of the African Union (February 2021-February 2022). The bloc released a statement explaining “the late President Déby played a key role in promoting the African Union’s Agenda to promote peace and security and was an ardent supporter of the Union’s efforts to create an environment of security and stability, especially within the Sahel region.” The US Department of State offered the Chadian population “sincere condolences,” and called for a “peaceful transition,” while France’s President Emmanuel Macron’s office said “France lost a brave friend,” and United Nations Secretary-General António Guterres also offered condolences.

Let us look at these two visits in more detail. The governments of the DRC and Tanzania signed a memorandum of understanding to strengthen cooperation on the promotion of information and communications technology (ICT). Moreover, the Tanzanian President highlighted plans “to construct road infrastructure through the central corridor that will connect the two countries.” Specifically, the two heads of state “deliberated on a number of grand infrastructure projects such as the standard gauge railway (SGR) and road construction as a way of improving connectivity.” This project would occur under the East African Community (EAC) umbrella. As Geopolitical Monitor has previously covered, the DRC became the EAC’s 7th member in July; with the DRC as a member, the EAC now has access to the Atlantic Ocean. Thus, it would be very significant if more roads and railways were built to connect the DRC and Tanzania; more transportation infrastructure would help bilateral trade and transportation and potentially assist other EAC members in connecting with the Atlantic or Indian Oceans.

The Tanzanian newspaper The Citizen has reported that a Tanzanian trade delegation will visit the DRC sometime in November. The newspaper noted that a “trade and investment mission” will travel to Lubumbashi where they will discuss investments and trade. The delegation will comprise around 50 members of Tanzania’s business community and discuss agriculture, minerals, timber, general trade finance, construction, and real estate in the DRC.

Meanwhile, President Tshisekedi and President Akufo-Addo pledged to work together on security and trade issues. Security is an obvious concern, given security threats in West Africa and the Great Lakes region. “The DRC President called on President Akufo-Addo to use Ghana’s UNSC seat to press the UN to lift the arms purchase embargo on the DRC to allow them to buy ammunition to defend itself as a sovereign country,” according to Ghana Today. (Ghana is a non-permanent member of the UN Security Council for 2022-2023). “I think that provides us an opportunity to be able to have some clear ideas of how we can all work together to rid our continent of this [Jihadist and terrorist activities] menace,” said the Ghanaian President.

Moreover, before the visit to Ghana, the DRC head of state visited London and met with King Charles III. President Tshisekedi also participated in a conference organized by the Financial Times in which he explained to entrepreneurs and industry representatives the advantages of investing in the DRC.

Finally, heads of state have also visited the DRC. On 8 October, President Denis Sassou Nguesso of the Republic of Congo carried out a 24-hour visit to the country, the first of two trips he made that month to the DRC. According to the DRC government, the two leaders discussed Central Africa and the security situation in the Eastern regions of the DRC (Kivu and North Kivu). A delegation from Angola, led by Foreign Affairs Minister Tété Antonio, also visited the DRC in mid-October and met with President Tshisekedi.

The M23 Threat and the Kigali Connection

At the time of writing, relations between the DRC and Rwanda have soured over attacks carried out by M23 militants in DRC’s North Kivu and Kivu provinces. By late October, M23 reportedly gained control of two towns, Kiwanja and Rutshuru, and are closing in on Goma. Kinshasa has accused Kigali of supporting M23, an accusation the Rwandan government denies. In late October, the DRC expelled the Rwandan ambassador. On 3 November, the Congolese President issued a high-profile speech to the nation about the situation in Eastern Congo [in French], including calls for the Congolese youth to organize vigilante groups. He once again argued that M23 operates with ‘the support of Rwanda,’ which he accused of harboring ‘expansionist ambitions.’

President Tshisekedi’s busy diplomatic October will cement bilateral ties between the DRC and vital allies like Tanzania and Ghana at a critical time for the DRC’s security and territorial integrity. Already, the members of the East African Community (EAC), of which both the DRC and Rwanda are members, have pledged to send troops to assist Kinshasa in restoring order in the East. In early November, the Kenya Defence Force (KDF) deployed an undisclosed number of troops to the DRC. “Under the banner of the East African Community Regional Force, you are confronted with the responsibility of demonstrating the African Union’s clarion call, Africa solutions to Africa problems,” said Kenyan President William Ruto. Similarly, Tanzania has also deployed troops , as part of the Force Intervention Brigade (FIB) to assist Kinshasa, but Ghana is not part of a regional force. We can assume the M23 threat and Rwanda’s involvement were discussed during President Tshisekedi’s meetings with his colleagues.

As a corollary to this analysis, we must mention that the Organized Crime and Corruption Reporting Project has released a high-profile analysis with exclusive information about the Rwandan government’s dirty tactics (e.g., disinformation, “filing false charges and abusing the Interpol red notice arrest warrant system”) to crack down on Rwandan opposition figures that criticize President Paul Kagame. While this state-sponsored operation is unrelated to the war in Eastern Congo, this dirty-tactics campaign could convince governments like the US to withdraw financial assistance to Rwanda, which could affect the M23’s operations and, therefore, the situation in the DRC. US Senator Robert Menendez announced in July that he intends to support a suspension of US security assistance to Rwanda over President Paul Kagame’s controversial human rights record and role in the DRC conflict.

It remains to be seen if Washington will impose sanctions against Kigali over the disinformation scandal, not to mention the M23 support, but this scenario is not unprecedented. For example, a decade ago, in 2012, the United Kingdom stopped financial assistance to Rwanda “amid concerns about its role in the conflict in the Democratic Republic of Congo.” Specifically, and coincidentally, London protested against Rwanda’s support of M23 rebels and their operations in the DRC at the time.

The situation in Eastern Congo continues to deteriorate as the M23 movement advances (thanks to support from Kigali, the DRC argues). Negotiations and mediation processes are certainly preferable to more violence. However, there is little reason to believe that M23 would abide by a peace agreement. Military operations have weakened M23 in the past, but at a high cost of life and suffering to the Congolese population. Meanwhile, the situation in Chad will not improve soon, given President Deby’s unpopular decision to remain in power for at least two more years. As a result, Congolese President Tshisekedi will be a busy head of state for the foreseeable future. 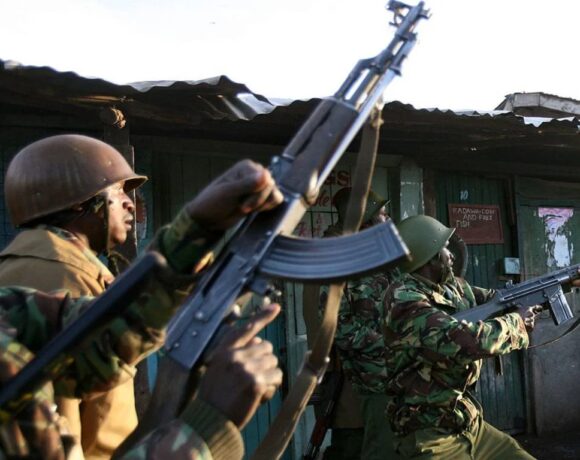 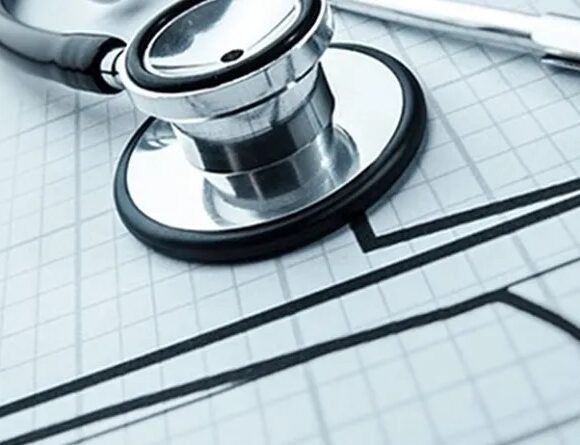 Nigeria: It’s Time To Declare A National Emergency In The Health Sector – OpEd

The Dark Side of Congo’s Cobalt Rush