Nigeria in ‘technical’ recession, say experts
Prevailing economic challenges, as reflected in the business environment and rising inflation, which is further compounded by poor oil production in the last three months, have undermined Nigeria’s economy, as official figures show that Gross Domestic Product (GDP) grew by 2.25 per cent year-on-year in Q3,2022, marking the slowest growth since the COVID-19 pandemic.

According to the latest GDP report by the National Bureau of Statistics (NBS) released yesterday, the slow growth is attributable to the base effects of the recession and challenging economic conditions that have impeded productive activities.

Analysts said the biggest drag on the economy came from a decline in oil and gas extraction due to repairs of platforms, insecurity and sabotage.

Some are even of the opinion that the country may be headed towards another recession if the challenges do not abate.

Until the beginning of the fourth quarter, oil production volume had been below one million barrels a day, compared to the corresponding period in 2021 when Nigeria was producing up to 1.5 million barrels per day of crude oil.

According to the Chief Executive Officer of Dairy Hills Limited, Kelvin Emmanuel, the latest GDP numbers clearly indicate that the economy is technically in recession.

Emmanuel said the GDP adjusted for inflation, which declined by 1.78 per cent from 4.03 per cent to 2.25 per cent is proof that the bond yield curve is inverting and that the economy is in a technical recession.

He explained further: “The rise in core inflation to 21.09 per cent and the drop in gross domestic product to 2.25 per cent means based on the rule of 72, it takes a shorter time of 3.2 years for the rate of inflation to double and currency to lose a 100 per cent of its value as compared to 32 years for the GDP to double.”

He added: “This is proof that having a government that has pursued an expansionary monetary policy without any guard-rails (or regard) for laws and precedents outlined in both the Central Bank of Nigeria (CBN) and Fiscal Responsibility Act, coupled with internal and external headwinds that have impacted production output, have made it difficult for monetary policy tools to slow down inflation, in an environment driven by helicopter money and the policy summersault of both raising CRR and MPR to 17-year highs. This is a conundrum!”

Mustapha Suleiman, who is a financial expert, said there are many disjoints in the nation’s economy.

“I think there has been an absence of coordination that is needed to rein in the various parts of the economy. The camaraderie that is expected between the fiscal and monetary policymakers seems not there in this administration. Until there is effective coordination between these two, the economy will continue to wobble,” he explained.

According to him, in dire situations, ICT has always provided the bailout option and that is why stakeholders believe that the performance of the ICT sector is expected to continue on an upward trajectory.

In an earlier submission with The Guardian, the Chairman of Association of Licensed Telecoms Operators of Nigeria (ALTON), Gbenga Adebayo, admitted that despite prevailing inflationary pressures and the adverse impact of regulatory changes, the industry’s outlook remains stable on the premise that telecommunications will provide recovery support to key economic sectors.

He believes that the anticipated business diversification efforts of operators will also support the outlook and keep contributing handsomely to the GDP.

Stakeholders in the maritime sector also expressed displeasure at the slow growth of the GDP, especially with the lean contribution of the maritime sector, which is supposed to be the second revenue earner for the country after oil.

The President, National Council of Managing Directors of Licensed Customs Agents (NCMDLCA), Lucky Amiwero, said the maritime sector has been abandoned, noting that instead of experiencing an increase, it is decreasing because many things are not done properly.

He said there is a high decline in cargo throughput in the country as the system is not encouraging to traders and importers.

Amiwero said the entire maritime sector needs a total overhaul, as there are impediments with no regulator to control the system, which is being exploited by terminal operators, shipping companies, customs and other agencies.

He said importers and agents are suffering under an unregulated maritime system in the country, adding that there is no law to put operations in check.

According to Amiwero, there should be a total reform in ports operations, procedures, processes and the overall interest to have a better port of international standard, just like the system in Ghana.

He said if this is not done, the maritime sector would lose attraction to participation, as the ports’ procedures are not in line with international best practices.

The former Public Relations Officer, Association of Registered Freight Forwarders of Nigeria (AREFFN), Taiwo Fatomilola, said stiff policies by the government and its agencies are affecting trade contribution to the GDP.

He said CBN is turning Customs Service into revenue generation agency, rather than trade facilitator and this has caused more problems in maritime trade in the country, especially the problem of clearing at the nation’s ports.

“There are a lot of policies that are not trade friendly and it is killing trade. Giving revenue targets to agencies is not helping matters because they have to put harmful policies into the system to attain that revenue,” he said.

Fatomilola urged maritime agencies and government to carry importers, agents as well as other stakeholders along if the economy must boom, noting that there is a wide communication gap between the stakeholders and Customs.

“Container traffic on the inland waterways has reduced, bonded terminals are scattered all over the country and are not operating due to low patronage. Government agencies and unions are putting charges and dues on operators, thereby killing the business.

“The barge business is not contributing as much as it should because too many agencies and unions are collecting more dues and charges from them. This has affected their contribution to trade and the GDP of the nation. The maritime industry should be regulated,” he noted.

The President, Institute of Fiscal Studies of Nigeria (IFSN), Godwin Ighedosa, said: “Nigerians want to see growth and development that will take them out of poverty, hunger, starvation and insecurity. This is what we call development and growth.”

He remarked that for Nigeria to have sustainable development, it should be looking at between seven to eight per cent yearly growth for over an extended period of time to lift millions out of poverty.

Art on the front lines of a changing Sudan 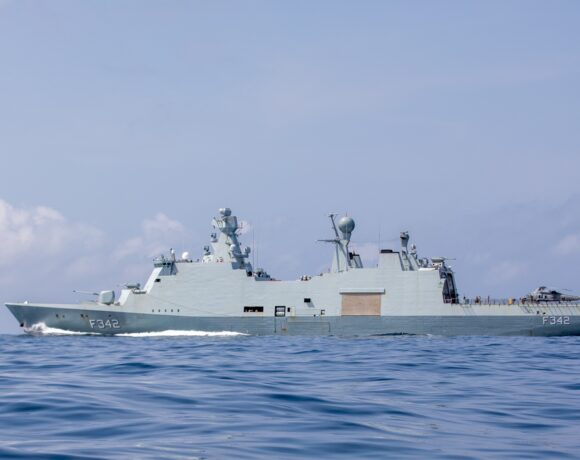 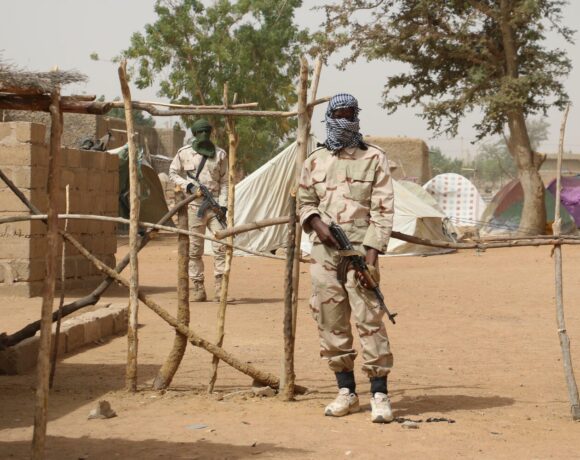