With its diverse expertise and decades of African counter-terrorism experience, ISS provided credible and strategic advice.

When violent extremists threatened Mozambique’s resource-rich Cabo Delgado province, the Institute for Security Studies (ISS) convened a team of its experts in maritime security, organised crime, violent extremism and governance. This multidisciplinary experience enabled the ISS to send early warnings before the conflict flared, and gave weight to the ISS argument that military responses must be supported by socio-economic development and humanitarian assistance.

ISS analysis of a complex situation informed the responses of regional and international capitals, and the Southern African Development Community (SADC) decision to deploy the SADC Military Mission in Mozambique (SAMIM).

‘The ISS brought human security expertise to a challenging situation, and was able to make practical recommendations based on long experience of dealing with terrorism in the Sahel, Lake Chad Basin, Horn of Africa and Nigeria,’ says ISS Consultant Borges Nhamirre in Maputo. ‘We understand how conflicts evolve and what responses are most likely to succeed, so could show why security action must be accompanied by a long-term development approach.’

ISS analysts understand the dynamics in Mozambique’s ruling party and the foreign policy debates in SADC. The diversity of ISS expertise combines with its reputation for independence, relationships that give it credibility in the corridors of power, and access to decision makers.

Cabo Delgado’s mineral wealth and offshore gas have attracted billions of dollars in investment, with potential to spur regional development. But decades of state neglect, poor services and limited infrastructure had created the conditions for an extremist insurgency. ‘It was a toxic mix, with social and economic opportunities overshadowed by the ingredients for a complex conflict,’ says Nhamirre.

The crisis incubated from 2017 before a dramatic escalation in March 2021 saw extremists rampage through the Mocímboa da Praia port town, a logistics base for multinationals. The attack put some of Africa’s biggest foreign investments at risk.

More than 3 000 people have died and the conflict has displaced more than 800 000. It has alerted regional leaders to the threat of violent extremism, the need for development of remote regions, and the importance of better governance to ensure resources become an opportunity not a curse.

The ISS argued for both military and non-military action, and recognition that the insurgency was driven by legitimate local grievances. It was one of the first organisations to call for SADC involvement, and has encouraged dialogue and job creation for marginalised youth as an alternative to recruitment by extremists.

‘The ISS helped Denmark to understand the social and economic dynamics of the Cabo Delgado conflict and approach it in a holistic way,’ said Jacob Stensdal, Deputy Head of Mission at the Danish Embassy in Pretoria. ‘Without the ISS, our analysis might have been more one dimensional, and getting the full picture is very important for informing Denmark’s response to the conflict.’

Mozambique’s new strategy for resilience and development in the north of the country recognises socio-economic inequalities, and political and economic exclusion. Maputo is mobilising US$764 million from multilateral partners to finance the Integrated Northern Development Agency focused on humanitarian assistance, economic development, community resilience and communication.

The ISS also called for land, sea and air surveillance to inform military and police operations, with intelligence sharing among SADC members. It suggested foreign troops be replaced over time by well-trained and accountable Mozambican police and soldiers.

About 1 000 SAMIM troops from four SADC countries were deployed in mid-2021, and together with Mozambican military have driven terror groups from their bases, reopened key roads and protected villages. Another 2 000 Rwandan troops and police are securing areas close to gas projects.

ISS also partners with local organisations in Mozambique, including the Academy of Police Sciences (Academia de Ciências Policiais) and the Judicial Training Institute (Centro de Formação Jurídica e Judiciaria). ISS research on the insurgency threat and its impact has been widely published, and more than 300 media interviews were conducted in 2021. 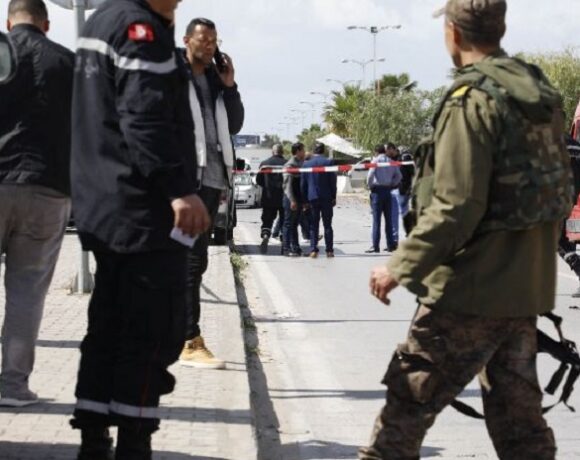 Jihadism in Tunisia: A Receding Threat?