At least 11 people were arrested on Wednesday morning during clashes between protesters and Israeli security forces protecting workers planting trees in the Negev desert in Israel’s south as part of a Keren Kayemeth LeIsrael-Jewish National Fund (KKL-JNF) forestation project on 1,250 acres of land that the government claims is state land and that the Bedouin living in the Negev who had recently planted wheat on it claims belongs to them. It was the second day of demonstrations during which protesters torched cars, blocked trains and attacked police with rocks. Meanwhile, the United Arab List-Raam party, part of the government coalition, said it would boycott voting in the Knesset until the action stops; much of the party’s constituency is made up of Bedouin. Some Raam lawmakers also threatened to leave the coalition and bring down the government. By Wednesday afternoon, Israeli news sites reported that, under a compromise being brokered by Social Affairs Minister Meir Cohen of the Yesh Atid party, who is also the head of the National Authority for the Negev, the planting in the Negev would be suspended and negotiations started to achieve a compromise. Opposition lawmakers on Tuesday visited the planting, including planting their own trees. Right-wing lawmaker Itamar Ben-Gvir said that they have received permission from a national-religious rabbi to plant trees even during the shmitta, or sabbatical year when the land in Israel is supposed to lie fallow, to continue the “struggle for the Land of Israel.” 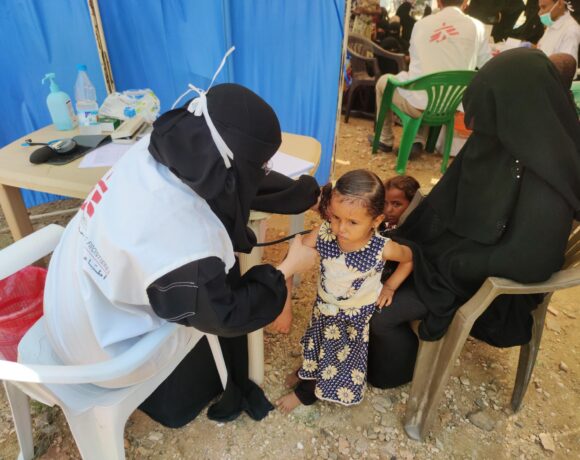 How MSF is fighting COVID-19 in Yemen