In addition to Benin, its neighbor Togo has also recently witnessed its first-ever jihadist assault within its territory earlier last month. Ivory Coast, on the other hand, has been subjected to the majority of the jihadist violence seeping into littoral West Africa.

These attacks, which are largely stemming from the proliferation of violence in Burkina Faso, which borders all three countries, are primarily thought to be perpetrated by al Qaeda’s Group for Support of Islam and Muslims (JNIM).

More specifically, it is believed that JNIM’s largely ethnic Fulani brigade, Katibat Macina, is behind this spread. JNIM, however, has not officially claimed any operation in any of the three countries.

While the Islamic State’s local branch, often called the Islamic State in the Greater Sahara (ISGS), also operates in Burkina Faso, it has so far not shown the capacity to project into littoral West Africa at the same degree or rate as JNIM. It is possible this dynamic could change in the future, however.

The current open-source number of attacks believed to have been perpetrated by jihadists in the three countries has been mapped out above and will be periodically updated. As some states, particularly Benin, also suffer from sporadic communal violence in roughly the same area, only those attacks fitting the modus operandi of jihadists have been recorded – particularly, improvised explosive devices (IEDs), assaults against state or military forces, and strikes against Western targets.

It is thus likely the map could be missing incidents (or have a misattributed incident) and will be updated as new information comes to light.

As these countries witness the spread of jihadist violence in their territories, Benin, Togo, and Ivory Coast must all now find ways to effectively deal with the new security threats in addition to various domestic issues or concerns in each respective country. This puts each state in a precarious security climate that risks being worsened, as it remains to be seen how well each state will now respond to the violence.

Since Dec. 1, Benin has suffered from two attacks suspected of being perpetrated by jihadists. For instance, on that day, a Beninese military patrol in the country’s northern Alibori Department near Burkina Faso came under fire from two suspected militants. The Beninese soldiers returned fire killing one of the attackers.

A day later, a Beninese military outpost in the town of Porga, which sits within the tri-border area of Benin, Burkina Faso, and Togo, came under attack by suspected jihadists. At least two Beninese troops were killed in the battle.

And while JNIM has never officially claimed an attack in littoral West Africa, its unofficial media did claim the Dec. 2 assault in Porga.

These assaults follow two additional incidents in northern Benin this year. On March 25, Beninese troops launched an operation against suspected JNIM militants in the country’s northern Atakora Department, though details of the operation remain scant.

And on Feb. 15, a joint Burkinabe-Beninese operation saw JNIM militants flushed from a town in southeastern Burkina Faso into Benin, where Beninese troops then engaged the militants.

Northern Benin also witnessed at least one additional jihadist attack last year. One Beninese police officer was killed in Feb. 2020 when a police station in Benin’s Parc W, which straddles the border with Burkina Faso, came under assault.

It should be noted that park rangers in Benin’s northern national parks are also routinely targeted, including when one was killed in Parc W in June 2020. However, the rangers are also targeted by poachers, criminals, and local populations. Incidents involving park rangers in both Parc W and Benin’s other northern park, Pendjari, have therefore been left out of the dataset unless specifically indicated to have involved jihadists.

This includes Benin’s first ever jihadist-linked incident when militants belonging to or working in support of JNIM’s Katibat Macina, killed a park ranger in Pendjari and kidnapped two French tourists in May 2019. The tourists were later freed in a French military operation in Burkina Faso, in which two French special forces soldiers were also killed.

As violence has worsened across much of Africa’s Sahel region, Togo has largely played a proactive role in shoring up its defenses along its borders with Burkina Faso. For instance, in 2018, it launched its Operation Koundjoare, deploying hundreds of troops along the border region.

However, Togo suffered its first ever jihadist attack early last month when militants suspected of belonging to JNIM targeted a Togolese military outpost close to the borders with Burkina Faso on Nov. 9. No casualties were reported as Togolese officials reported the military thwarted the attack.

Following that raid, however, Togo’s northern areas have been placed under a lockdown while the military has deployed additional troops to Operation Koundjoare.

No additional jihadist incident has been reported inside Togo since the November assault. However, the situation remains in flux as jihadist violence continues to spread southward out of the Sahel.

Since Ivory Coast’s first jihadist attack in March 2016, in which gunmen belonging to two of JNIM’s predecessor groups targeted a beach resort near Ivory Coast’s economic capital Abidjan killing 19, the country has seen a significant surge in jihadist violence.

As previously documented by FDD’s Long War Journal, Ivory Coast has witnessed at least 12 jihadist attacks within its territory since the beginning of the year. This number represents a stark increase in attacks as 2020 saw just one assault in June of that year, which killed 14 troops, and a presumed jihadist attack in late Dec. 2020.

Except for the aforementioned assault in March 2016, all of Ivory Coast’s jihadist attacks have come in the wake of a major joint Ivorian-Burkinabe military operation in May 2020. That operation was meant to flush militants from Katibat Macina out of Ivory Coast’s Comoe National Park, where the militants had been based for some time.

The recent spate of attacks inside Ivory Coast have thus been predominantly located in two northern districts of the country, close to Comoe National Park: Savanes and Zanzan. Both districts border southwestern Burkina Faso, where just like that country’s southeast, violence perpetrated by JNIM’s Katibat Macina continues to spread.

In addition to receiving the most jihadist attacks compared to Benin and Togo, Ivory Coast has also witnessed the use of IEDs. Since April 1 of this year, there have been 4 successful (in which the IEDs detonated) and 2 failed IEDs in northern Ivory Coast according to data collated by FDD’s Long War Journal.

One of the failed IEDs, which was controlled detonated by Ivorian troops after being discovered in Savanes region, was a VBIED (vehicle-borne improvised explosive device, or car bomb). The attempted use of a car bomb represents a significant shift in the overall intent and capabilities of Ivory Coast’s northern insurgents.

In addition to the violence, jihadists in northern Ivory Coasts have also openly performed da’wah activities, or proselytization efforts meant to build public support. For instance, in May 2021, local residents in Bolé, a village on the border with Burkina Faso, reported that militants from Katibat Macina entered the village to preach and lecture to the locals.

This tactic is not uncommon for Katibat Macina or the wider JNIM, as the militants have performed similar approaches in both Burkina Faso and Mali.

All three countries, Benin, Togo, and the Ivory Coast, are facing jihadist violence that is emanating from Burkina Faso. As Armed Conflict Location and Event Data Project (ACLED) data of jihadist attacks in Burkina Faso from 2016 to Dec. 2021 shows, which includes JNIM and its constituent groups, the local al Qaeda-affiliated Burkinabe jihadist group Ansaroul Islam, and the Islamic State in the Greater Sahara, violence has spread from northern Burkina Faso into its far east and far west.

Analyst Héni Nsaibia has previously documented the spread of this violence into southwestern Burkina Faso and the threat to the Ivory Coast therein. Nsaibia found that JNIM’s Katibat Macina was able to establish a main base in the Burkinabe town of Alidougou, from which it was able to first project into the Ivory Coast. It is from Katibat Macina’s strongholds in and near Alidougou that it continues to mount and support its operations inside northern Ivory Coast.

Likewise, researcher Kars de Bruijne found that a similar situation has arisen in southeastern Burkina Faso wherein groups from Katibat Macina have been able to establish several bases or strongholds from which it can project into neighboring states.

It is from these bases, which are located within southeastern Burkina Faso’s Pama Reserve, Arli National Park, and the Burkinabe side of Parc W, that Katibat Macina is now operating in northern Benin. It is also from these bases that it is now seeking to project into northern Togo.

And while it has not yet witnessed its own jihadist attack, Ghana, situated between the Ivory Coast and Togo, is also currently under threat. In 2019, Katibat Macina was also responsible for several attacks close to the Ghanian border according to ACLED’s data.

Though according to Nsaibia, Burkinabe forces killed the local jihadist commander of that cell in late 2019. This has thus correlated into a paucity in jihadist activity near the Burkinabe-Ghanian border. Ghana, however, has not stopped taking the threat seriously, as it recently joined a joint military operation with Burkina Faso, Ivory Coast, and Togo to target jihadists near their borders.

Though the littoral West African states have reacted militarily, it is unclear how effective these efforts will be given the reports of abuse and heavy-handed tactics employed by the regional militaries in the past. In Burkina Faso, this has fueled a cycle of violence.

If the states of Ivory Coast, Togo, and Benin follow that playbook, they risk provoking increased public discontent and a more fertile recruitment ground for the jihadists. At the same time, severe domestic issues, such as northern Benin’s communal conflicts, could also be manipulated by jihadists if left unabated – as is the situation in central Mali.

The three littoral West African states discussed in this article – Benin, Ivory Coast, and Togo – now face an even more challenging security dynamic in which they must contend with domestic issues and now the increasing threat of jihadist violence.

A heavy-handed response runs the risk of additional violence and jihadist recruitment opportunities, while too lax of an approach stands to allow even more jihadist violence or activity within their borders.

It remains to be seen how well the littoral West African states will deal with the spread of jihadist violence out of the Sahel.

UN extends mandate to search ships off Libya for migrants 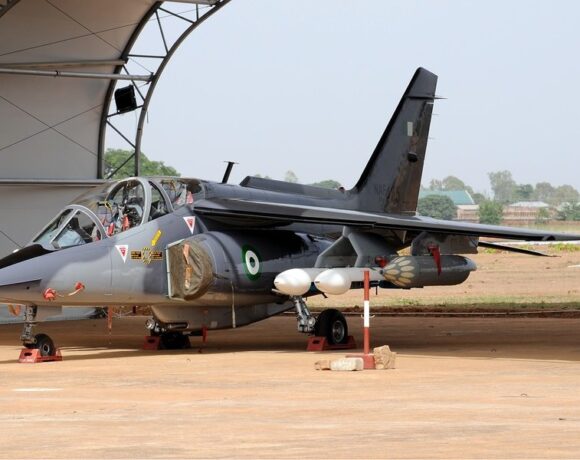 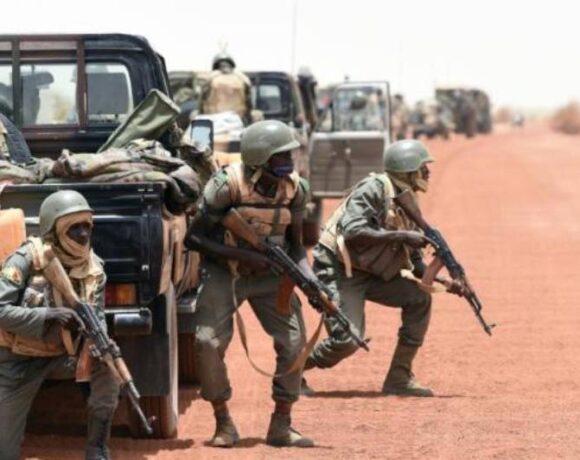