A Leadership Shakeup in Mozambique Signals a New Approach to Security Mozambican President Felipe Nyusi created a stir in early November, when he dismissed Defense Minister Jaime Neto and then Interior Minister Amade Miquidade within 24 hours of each other. This shake-up in the country’s security leadership, coming less than two years after both had taken up their posts, likely signals the start of a broader effort at managing Mozambique’s image abroad as it seeks to reassure would-be investors that the government has a handle on internal security.

The tenures of both Neto and Miquidade coincided with a period of rapid expansion of the Islamic State affiliate Ahlu-Sunnah Wa-Jama, or ASWJ, insurgency in Cabo Delgado province in northern Mozambique. During the past two years, the group evolved from staging attacks against isolated villages and individuals, to mounting audacious, coordinated operations against major towns. The assault in March on Palma, a coastal town that served as a hub for liquefied natural gas, or LNG, exploration, was the first to directly affect the expatriate community working on the major energy projects there, increasing international attention to the trajectory of this conflict and its humanitarian implications.

The Palma attack also brought into sharp focus the extent to which the insurgents outmatched the security services, contributing to the French energy giant Total’s decision to pause its investment and exploration activities in the area. The halt to its $20 billion gas liquefaction plant near Palma, and the retreat of other foreign investors from Cabo Delgado, likely served as a wake-up call to Mozambican elites—who were counting on the $66 billion revenue experts had predicted this project would earn—about the direct threat the conflict could pose to their interests.

Moreover, the impact of this work stoppage extended beyond the foreign investors to the Mozambican businesses linked to the project. The Confederation of Economic Associations of Mozambique—or CTA, the country’s leading business association—estimated in May that the halt to the Total project had caused $148 million in losses to local businesses involved in supply chains related to the LNG exploration. More broadly, the conflict in Cabo Delgado has been steadily eroding the province’s already weak economy, as destruction of infrastructure, insecurity on the roads and growing displacement upended local economies.

The CTA revealed in April that since the start of the conflict in October 2017, more than 1,000 businesses had been forced to shut their doors, and 198,000 jobs had been lost in Cabo Delgado alone. Furthermore, over 760,000 people have been displaced since the conflict began, with over 1 million people now dependent on humanitarian assistance, according to United Nations data. Even areas that have not experienced violence directly are experiencing financial upheaval. As many as 80 percent of the displaced live in private homes, adding to the economic strain in these host communities.

While the economic conditions of the general public in Cabo Delgado may be less directly relevant to the political elite than the large-scale foreign LNG investments, the images disseminated abroad of widespread displacement, broken infrastructure and instability have undermined confidence among small and medium-size foreign firms considering doing business there.

However, the shock of the LNG project’s delay is only part of a larger security problem facing Mozambique and its business community. Reports of high-profile kidnappings targeting business elites and their families in Maputo and other major Mozambican cities are on the rise again, after a period of decline. Kidnappers most frequently target foreign businesspeople, specifically those of Indian descent, because of a widespread perception in Mozambique that this community is especially wealthy. The focus on foreign businesspeople has generated headlines abroad, and in at least one instance prompted calls from the Indian legislature for increased engagement by Indian government officials with their Mozambican counterparts on this security matter.

The CTA has warned the government repeatedly of the negative implications for commerce and foreign investment if this trend continues, calling on authorities to more rigorously identify, arrest and prosecute those involved in these crimes. The government has assured the business community it would work to combat kidnappings, but a lack of progress in apprehending kidnappers and reports that the police are themselves complicit in kidnapping operations have called into question the government’s commitment to putting a stop to these crimes.

The changes the Mozambican government has made to its security leadership and approach to the conflict in Cabo Delgado suggests a growing awareness of the need to portray itself as responsive and proactive in addressing both the complaints from its domestic business community as well as any lingering wariness among potential investors abroad. In addition to the leadership shake-up, on Nov. 11, the head of the Mozambican police, Bernardino Rafael, announced the creation of a Rwandan-trained, combined police-military unit to combat kidnapping and terrorism. Rafael acknowledged at the ceremony launching the unit that the wave of kidnappings against the business community was scaring away investment and undermining economic development. He further highlighted the importance of vigilance at the borders “to find terrorists before they arrive,” a reflection of the Mozambican government’s focus on external drivers to the conflict.

Indeed, Nyusi’s new appointees to head the Ministries of Defense and Interior bring with them experience and credentials directly relevant to the security challenges Rafael laid out. Defense Minister Cristovao Chume is a military officer who most recently served as the head of the army and has first-hand experience in leading operations in Cabo Delgado. Interior Minister Arsenia Massingue is a career police officer whose last assignment was as director of the National Immigration Service, the entity responsible for carrying out Rafael’s calls for greater vigilance at the borders.

The urgency for Nyusi to get a handle on both security and the economy is growing as his ruling FRELIMO party prepares for its national congress next year, during which the process for selecting a presidential candidate for the 2024 election will begin. Nyusi’s ability to ensure his faction of the party expands its influence and retains control of government will depend in part on his ability to show progress on these issues that are key to the wealth and wellbeing of party elites. However, the government’s ability to transform these recent changes at the top of the security infrastructure into meaningful reforms on the ground will depend on sustaining political will and investing the necessary resources to root out structural impediments to creating a capable and responsive force.

For example, Mozambican civil society groups and international organizations have accused the security services of human rights violations in Cabo Delgado, ranging from low-level harassment to extrajudicial killings. Creating a culture that holds soldiers and police accountable for their actions will be an essential element to improving cooperation with civilians, a key source of intelligence on the insurgency’s movements and membership. Indeed, anecdotal reporting suggests civilians in Cabo Delgado often seek aid from Rwandan security forces, which were deployed to assist the counterinsurgency campaign after the Palma attack, when faced with harassment from the Mozambican military.

But even if security sector reform expands and takes root, enhancing physical security in Cabo Delgado and major cities will not bring about long-term stability without government efforts at addressing the socio-economic and political grievances at the heart of these security issues, particularly in Cabo Delgado. Indeed, despite the military progress that Rwandan, Mozambican and Southern African Development Community forces have made in driving the insurgents out of the major coastal towns of Palma and Mocimboa da Praia, the insurgency remains active, operating in smaller groups and returning to operations in less prominent areas of the province and possibly into Niassa province.

Nyusi’s shake-up of the top security leadership points to a growing awareness for the urgent need to show progress in tackling insecurity in Cabo Delgado province and across the country. However, whether he and the Mozambican elites are willing to make the compromises necessary to address the conflict in all its dimensions remains to be seen. 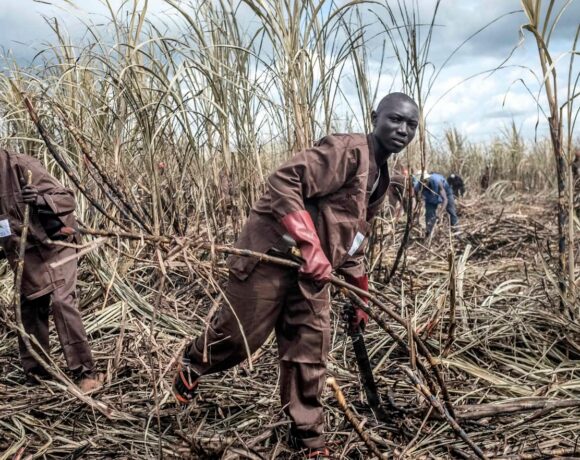