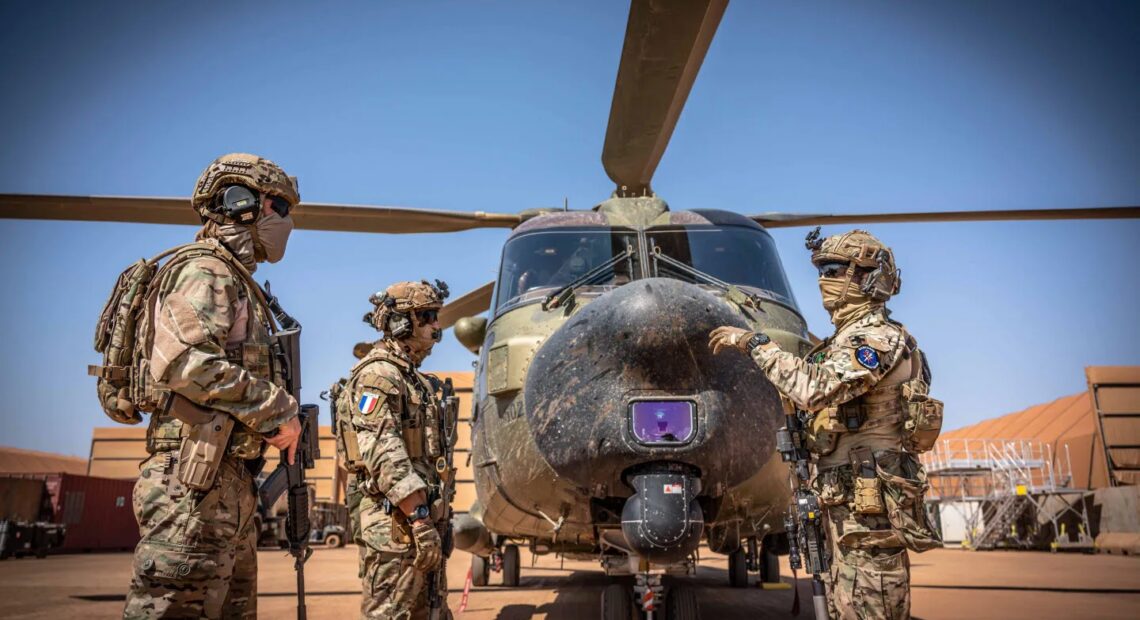 The French military has transferred control of a second military base in northeastern Mali to the Malian army. This is part of a long-planned move to reorganize and cut down the number of deployed troops in Mali as part of Operation Barkhane. French troops are expected to gradually drop from 5,100 to about 3,000. The drawdown will be balanced by the Takuba Special Operations Task Force that consists of several European countries.

Air support for the remaining troops and the Takuba operators will remain in place.

Takuba operators will take over a great role in training, advising, and accompanying Malian troops fighting Islamic jihadists in the restive Sahel region. Mali has been beset by violence, especially in the northern area of the country.

Mali to Assume Increased Responsibility of its Security

In a statement on Tuesday from the office of General Thierry Burkhard, the French army chief of staff said the Barkhane counterterrorism force has handed over the base in Tessalit after adaptation sessions.

“After that of Kidal, the hold occupied by the Barkhane force in Tessalit was transferred on November 13 to the Malian Armed Forces (FAM). The last French soldiers left the site on November 15,” the statement read. The French base at Timbuktu is also slated to be turned over to the Malian armed forces later this year.

The statement added that the transfer was “gradual, controlled and closely coordinated with FAM and the United Nations Multidimensional Integrated Stabilization Mission in Mali (MINUSMA), whose contingent of several hundred soldiers is permanently deployed in Tessalit.”

The base at Kidal was handed back to Malian forces in October. At the time of that withdrawal, General Etienne du Peyroux of the French Barkhane force said that “The idea is not to create a vacuum. The idea is to leave the responsibility of these areas to the Malian state.”

He added that “To avoid the risk of getting stuck in conflict, we need a response that is not only military.”

The handing back of the Tessalit base to Malian soldiers, according to the French military “is part of the combat partnership between the French and Malian forces.” It said that “training sessions” were conducted in this context with Malian soldiers “over several weeks.”

However, the French decision has also opened the door for the Russians to have a much larger military and economic presence in Mali. The new government of Mali’s military junta has moved toward a closer relationship with Moscow despite French misgivings.

Mali was a French colony, and it was the French who came to Mali’s aid when Taureg separatists rebelled against the government in 2013. The rebellion was quickly hijacked by Islamic jihadists from al-Qaeda and the Islamic State (ISIS).

France was unhappy with the military coup that deposed President Ibrahim Boubacar Keita on August 18, 2020. The military junta promised new elections in 18 months and installed Interim President Bah Ndaw. However, when Ndaw reshuffled his cabinet this spring and removed several military officers from key cabinet positions, the military conducted another coup, removing him and installing Deputy President Assimi Goita as Mali’s transitional president.

The French government was incensed by the move. The Economic Community of West African States (ECOWAS), the regional economic bloc, has already suspended Mali’s membership and imposed several sanctions against Mali’s transitional leaders after they informed the organization they would not be holding presidential and legislative elections next February.

The military junta claimed that France was abandoning Mali. In response, it turned toward a very willing Russia. It openly courted the Wagner Group, a Russian paramilitary mercenary organization that is a proxy for the Putin government.

Mali’s acting Prime Minister Choguel Kokalla Maïga, made it clear in a speech at the UN that Mali is free to negotiate and make an agreement with anyone it pleases. The reported Wagner contract was supposed to be for 1,000 mercenaries. Mali would pay the company about $10.8 million a month.

French Foreign Minister Jean-Yves Le Drian said, “Wagner is a militia that has shown itself in the past in Syria and the Central African Republic to have carried out abuses and all sorts of violations that do not correspond with any solution and so it is incompatible with our presence.”

“We do understand the need to reinforce Mali’s counter-terrorism potential. In this connection, the Russian state supplies the necessary equipment, weapons, and ammunition. The risk of a power vacuum in the country’s north should not be allowed to materialize in the wake of the decision by our French colleagues to withdraw part of their troops from Mali and close three of the five military bases in regions with the most active terrorist groups,” Lavrov said.

The Russians are pushing for more influence all across Africa. The Wagner Group’s presence in Mali would further Moscow’s goals, but will come at a steep cost to the Malian government. As in the Central African Republic, Russian presence would be tied to economic factors such as extensive mining and mineral rights.