Egypt, Bahrain and the United Arab Emirates welcomed the announcement that Israel and Morocco are to establish full ties.

Outgoing US President Donald Trump’s double announcement of a normalisation of ties between Morocco and Israel and US recognition of Moroccan sovereignty over Western Sahara has prompted mixed reactions.

While the Polisario and Hamas were unhappy, each for predictable reasons, Moroccans rejoiced at the deal which conferred upon their country’s claim to full sovereignty over the Western Sahara another layer of international legitimacy.

Morocco is the fourth Arab country since August to commit to establishing diplomatic relations with Israel, after the United Arab Emirates, Bahrain and Sudan

Western Sahara is a disputed and divided former Spanish colony, mostly under Morocco’s control, where tensions with the Algeria-backed Polisario Front have simmered since the 1970s. Historical evidence points to ties of allegiance of Saharan tribes to the Moroccan monarchy.

In a statement by the royal palace, Moroccan King Mohammed VI confirmed his country would “resume official contacts…. and diplomatic relations with minimal delay” with Israel, two decades after the two countries closed liaison offices.

He said these “measures do not in any manner affect Morocco’s ongoing and sustained commitment” to the Palestinian cause, reiterating Rabat’s commitment to a two-state solution to the Israeli-Palestinian conflict.

He also “sent his sincere thanks to the US president” for his decision to recognise Rabat’s sovereignty over Western Sahara.

In a news conference to announce the decision in a royal proclamation, Moroccan Foreign Minister Nasser Bourita warned that “those who criticise this deal are against Morocco’s sovereignty over Sahara.”

He hailed US recognition of Western Sahara’s “Moroccan identity” as a “historic diplomatic breakthrough.”

“Several years of work” had been “crowned with the recognition of the United States, the major power on the (UN) Security Council,” he said in an interview.

The official MAP news agency published commentaries from an array of Moroccan and foreign analysts trumpeting the US announcement as “vindication of the Moroccan cause” and the “beginning of the end for the Polisario gang.”

Prince Moulay Hicham Alaoui, a cousin of King Mohammed VI, tweeted his appreciation of the “courageous” decision by the outgoing US president.

On his part, Israeli Prime Minister Binyamin Netanyahu hailed the normalisation agreement as “historic” and anticipated direct flights between his country and Morocco soon.

“We will resume liaison offices quickly between Israel and Morocco and work as rapidly as possible to establish full diplomatic relations,” he said.

US Jewish organisations also welcomed the deal. “Morocco’s announcement is further affirmation of the growing recognition by Arab leaders that establishing relations with Israel will be mutually beneficial,” said American Jewish Committee CEO David Harris. “We thank the Trump administration for its leadership, and look to other Arab governments to join this positive trend that is transforming the region’s political, economic and security landscape.”

Egypt, Bahrain and the United Arab Emirates welcomed the announcement that Israel and Morocco are to establish full ties on Thursday, with all three countries predicting the development will contribute to regional stability.

Egyptian President Abdel Fattah al-Sisi was the first Arab leader to hail the normalisation as “an important step to achieve more stability and cooperation in our region.”

“I followed with great interest the important development regarding the agreement between Morocco and Israel to normalize relations between them with American mediation. If this step bears fruit, it would create further stability and cooperation in our region,” the Egyptian president said in a statement.

Bahrain, a signatory of the Abraham Accords, praised the agreement as well. The ruling monarch’s statement focused first on Morocco’s diplomatic victory, rather than the decision to normalise ties with Israel.

“His Highness welcomed the recognition by the United States of America of the sovereignty of the Kingdom of Morocco over the Moroccan Sahara region and the opening of a US consulate in the city of Dakhla,” Bahraini King Hamad bin Isa Al Khalifa’s office said in a statement on Thursday night.

The United Arab Emirates also commended “Trump’s decision to recognise the sovereignty of the Kingdom of Morocco over the entire region of Moroccan Sahara.”

In a statement, the Ministry of Foreign Affairs and International Cooperation (MoFAIC) reaffirmed “the UAE’s historical and principled stance supporting the sisterly state of Morocco’s sovereignty over its entire territories, and underlined the importance of the US decision in contributing to consolidating security and stability in the region.”

“This step, a sovereign move, contributes to strengthening our common quest for stability, prosperity, and just and lasting peace in the region,” he tweeted.

Recent UAE stances indicate a tendency by the Arab Gulf state to move towards rapprochement with Morocco, with Abu Dhabi backing Rabat in mid-November when Moroccan authorities took measures to secure the movement of goods and people through the Guerguerat border crossing, amid tensions with the Polisario Front.

Hamas, the Islamist group that controls the Gaza Strip, described the Israeli-Moroccan normalisation as “a political sin that does not serve the Palestinian cause and encourages the occupation to continue to deny the rights of our people.”

There was no immediate direct reaction from Palestinian President Mahmoud Abbas.

The Polisario Front, for its part, condemned “in the strongest terms the fact that Trump attributes to Morocco something which does not belong” to the country, namely sovereignty over Western Sahara.

The UAE became on November 4 the first Arab country to open a diplomatic mission in the Moroccan-controlled area of the disputed Western Sahara.

It was then followed by Bahrain on November 26, as the North African country stepped up a diplomatic push to strengthen its position in the disputed territory.

The inauguration of the Bahraini consulate general in the northern coastal city of Laayoune brought to 17 the number of missions opened in the region since late last year.

Jordan said earlier in November it intends to open a consulate soon.

Haiti will be the first non-Arab and non-African state to open a consulate in Dakhla in Western Sahara’s south, the Moroccan foreign ministry said in November.

Rabat controls 80% of the territory, including its phosphate deposits and fishing waters.

The Algeria-backed Polisario Front, which fought a war for independence from 1975 to 1991, demands a referendum on self-determination.

Morocco, which maintains that Western Sahara is an integral part of the kingdom, has offered autonomy but insists it will retain sovereignty.

Since late 2019, 15 African countries have opened diplomatic missions in the former colonial capital Laayoune and in the fishing port of Dakhla, further south.

Following Trump’s double announcement, the United Nations said its position was “unchanged” on the disputed region.

UN Secretary-General Antonio Guterres believed “the solution to the question can still be found based on Security Council resolutions,” his spokesman said.

Spanish Foreign Minister Arancha Gonzalez Laya said her country “rejoiced” at the news of the normalisation, as it did with news of the other three recent deals between Israel and Arab states.

Gonzalez Laya, however, said Spain’s position on the Israeli-Palestinian conflict and the dispute over Western Sahara was “clear,” pointing to Madrid’s “respect for UN resolutions as a means of resolving” these matters. 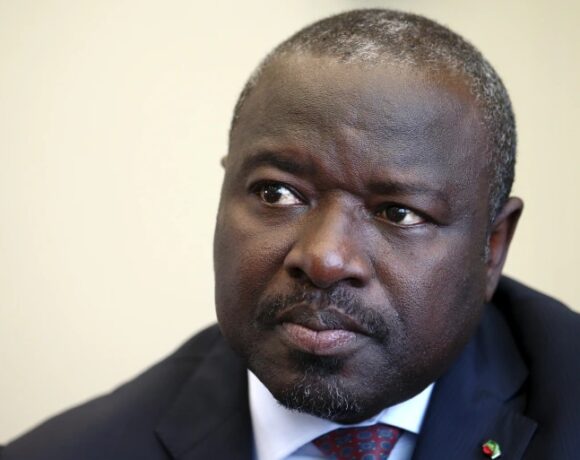