In a development the United Nations called “disturbing,” Ethiopia on Friday said it is returning thousands of refugees who ran from camps in its Tigray region as war swept through, putting them on buses back to the border area with Eritrea, the country the refugees originally fled.

The news came as the United States said it believes Eritrean troops are active in Ethiopia, a “grave development.” A State Department spokesperson in an email cited credible reports and said “we urge that any such troops be withdrawn immediately.”

The U.N. refugee chief, Filippo Grandi, said that “over the last month we have received an overwhelming number of disturbing reports of Eritrean refugees in Tigray being killed, abducted and forcibly returned to Eritrea. If confirmed, these actions would constitute a major violation of international law.” He said his agency has met with some refugees in the capital, Addis Ababa, and he again urged unhindered humanitarian access to Tigray.

Ethiopia said its recently completed military offensive against the now-fugitive Tigray regional government “was not a direct threat” to the 96,000 “misinformed” Eritrean refugees — even as aid groups said four staffers had been killed in the fighting, at least one in a refugee camp.

U.N. Secretary-General Antonio Guterres this week said Prime Minister Abiy Ahmed, last year’s Nobel Peace Prize winner, “guaranteed to me that (Eritrean forces) have not entered Tigrayan territory.” But Tigray residents have asserted that gunfire came from the direction of Eritrea as the conflict began.

Eritrea, described by rights groups as one of the world’s most repressive countries, is a bitter enemy of the fugitive Tigray government.

The U.N, refugee agency said it hadn’t been informed in advance of the Eritrean refugees’ return. “We received alarming messages from Eritreans living abroad and when we looked into them, ascertained that several hundred refugees had been put on buses this morning to be returned to the Tigray region,” it said.

Any forced return, it said, “would be absolutely unacceptable.”

Given the trauma that refugees say they witnessed in Tigray, they should be protected elsewhere, the agency said. It said the refugee camps have had no access to food or other supplies for more than a month.

The International Organization for Migration said it was “extremely concerned” about the refugees’ “forced” return and denied it was involved, saying Ethiopia took over one of its transit centers in the capital, Addis Ababa, on Dec. 3.

Aid groups say thousands of Eritrean refugees had fled to Addis Ababa and the Tigray capital, Mekele. Ethiopia said their “unregulated movement” makes it difficult to ensure their security.

Their camps are now stable and under “full control,” Ethiopia said, adding that food delivery there “is under way.”

But communication and transport links to Tigray remain so challenging that the International Rescue Committee said it was still trying to confirm details around the killing of a colleague in the Hitsats refugee camp in Shire town, the base of aid operations.

Separately, the Danish Refugee Council said three staffers who worked as guards at a project site were killed last month. It was not clear where, but the group also supports the Eritrean refugees.

“Sadly, due to the lack of communications and ongoing insecurity in the region, it has not yet been possible to reach their families,” the group said.

“Now, more than ever, it is a matter of urgency to cease all hostilities,” the European Union’s commissioner for crisis management, Janez Lenarcic, said while condemning the killings.

Tigray remains largely sealed off from the world five weeks after fighting erupted between Ethiopia’s government and the Tigray one following a months-long power struggle. The governments regard each other as illegitimate, the result of months of friction since Abiy took office in 2018 and sidelined the once-dominant Tigray People’s Liberation Front.

Thousands of people are thought to have been killed in the fighting that began Nov. 4 and has threatened to destabilize the Horn of Africa.

Ethiopia rejects “interference” as fighting reportedly continues, while the U.N. has pleaded for neutral, unfettered access. “Food rations for displaced people in Tigray have run out,” the U.N. humanitarian office tweeted.

Ethiopia says it is responsible for ensuring the security of aid efforts — though the conflict and related ethnic tensions have left many Tigrayans wary of government forces.

On Friday, Ethiopia said it had begun delivering aid to areas in Tigray under its control, including Shire and Mekele, a city of a half-million people.

“Suggestions that humanitarian assistance is impeded due to active military combat in several cities and surrounding areas within the Tigray region is untrue and undermines the critical work undertaken by the National Defense Forces to stabilize the region,” the prime minister’s office said, noting only “sporadic gunfire” remained.

Some 6 million people live in Tigray. About 1 million are now thought to be displaced. The impact on civilians has been “appalling,” the U.N. human rights chief said this week.

This week, Ethiopia said its forces shot at and briefly detained U.N. staffers conducting their first security assessment in Tigray, a crucial step in delivering aid. Ethiopia said they were trying to go where they weren’t allowed.

Meanwhile, nearly 50,000 Ethiopians have fled to Sudan and more are still arriving.

“The recent groups coming from areas deeper inside Tigray are arriving weak and exhausted, some reporting they spent two weeks on the run inside Ethiopia as they made their way to the border,” U.N. refugee spokesman Babar Baloch told reporters. “They have told us harrowing accounts of being stopped by armed groups and robbed of their possessions.”

Without access in Ethiopia, he said, “we are unable to verify these disturbing reports.”

Violence in Nigeria’s North West: Rolling Back the Mayhem 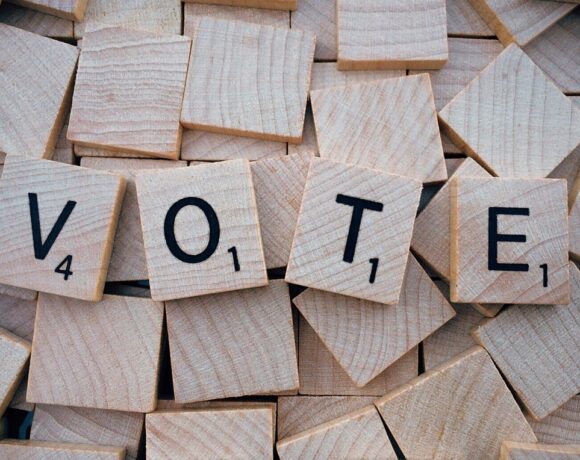