UN Secretary-General Antonio Guterres has officially revealed that an analysis of photos taken by four anti-tank guided missiles taken in Libya by Israeli intelligence shows that one of them is the Iranian-made Dehlavie system. If it’s true, this means a high probability of sanctions being violated in ​​Iranian arms exports and supplies to Libya.

Guterres provided this information during a press conference at the UN headquarters in New York. Experts said the missile “has characteristics similar to Iran’s Dehlavie missile.” However, the UN chief stressed that he “failed to establish whether this anti-tank missile was transported to Libya” to violate UN Security Council sanctions against Iran.

The said evidence in the form of a photo taken in November 2019 was obtained by the Israeli authorities, who accused Iran of violating the sanctions and stated that it belonged to a militia linked to the Libyan National Army (LNA). This evidence was presented to the UN in May this year. A few weeks later, the Iranian authorities officially responded to the allegations, which they flatly denied and called utterly unfounded.

UN experts have confirmed that it is an Iranian ATGM, which was to be owned by one of the armed groups that make up the government of the National Agreement [GNA] government in Tripoli. They also said his discovery in Libya showed a violation of the UN arms and ammunition embargo on a country torn apart by civil war. However, it is not officially stated who handed over this weapon system to one of the parties to the conflict. There is no date of manufacture or elements indicating its supplier.

Despite the UN embargo imposed on Libya for the supply of weapons and ammunition in connection with the country’s civil war for years, the two sides in the conflict are regularly supplying weapons from many different countries. In GNA’s case, these are mainly deliveries from Qatar and Turkey, and in the case of LNA – to Jordan and the United Arab Emirates, which is confirmed by a lot of evidence in recent months. Unofficially, there is talk of support in this regard from other countries, such as France, Iran, and Russia, which would support General Haftar’s rebels.

Dehlavie is an Iranian anti-tank guided missile designed based on the Russian 9M133-1 Kornet-E system [or is a licensed version] and manufactured locally by the Iranian defense industry. Its range should be from 5 to 6 km, and the armor penetration should exceed 1000 mm. As a result, this system can successfully fight most modern MBT, making it a great anti-tank agent.

Having ruled the country since 1969, Muammar Gaddafi was ousted and killed in the 2011 civil war. As a result, the country found itself in a situation of dual power: in the east, a parliament is sitting in Tobruk, supported by the Libyan national army, Field Marshal Khalifa Haftar, and in the west, in Tripoli, a government of national accord.

In Libya, armed clashes are currently taking place between supporters of different leaders. The country is led by the Government of National Accord (GNA), headed by Prime Minister Fayez Saraj, the “eastern government” led by Abdullah Abdurrahaman at-Thani. The eastern government is supported by the commander of the Libyan National Army, Khalifa Haftar.

Recall that January 13 in Moscow, negotiations were held between the heads of the Libyan National Army (LNA) Khalif Haftar and the Government of National Accord (GNA) Faiz Sarraj. Also present were members of the Foreign Ministries of Russia and Turkey.

On the meeting the commander of the Libyan National Army (LNA), Field Marshal Khalifa Haftar, has notified Russia about the conditions for continuing negotiations on the signing of a peace agreement in Libya.

According to the requirements of Haftar, the militias operating in Libya are required to surrender weapons in the period from 45 to 90 days. This process should be controlled by a special commission created by the LNA together with the UN. Haftar also refused to recognize Turkey as an intermediary in resolving the situation in Libya, since the Turkish side is not neutral and supports the Government of National Accord (GNA).

At the same time, the GNA is actively supporting Turkey, and Egypt and Saudi Arabia are on the side of the LNA. Its unofficial allies are France and the UAE. 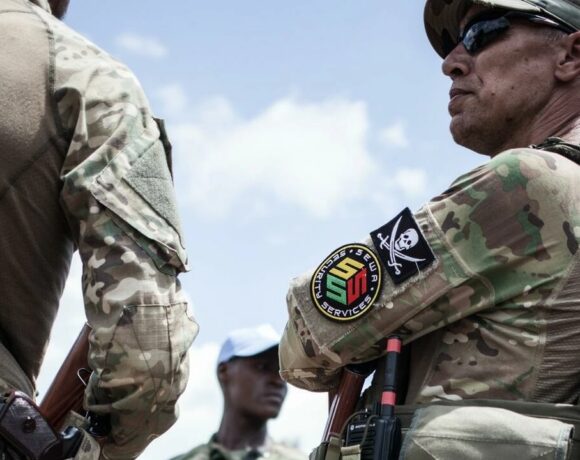