The Houthi spy cell was reportedly operating within the Yemeni National Army and the defence ministry’s headquarters in Marib.

Confessions of a Houthi spy cell broadcast by the internationally recognised Yemeni government’s official television station revealed the extent of militia infiltration into some institutions of the internationally-recognised government, considered Yemen’s “legitimate” authority, and the escalation of the Houthis’ intelligence activity.

The Houthi spy cell was reportedly operating within the Yemeni National Army and the defence ministry’s headquarters in Marib.

The report, which was broadcast Saturday evening under the title “Threads of Labour,” includes confessions of Houthi cell members in Marib that they infiltrated army institutions, in what is the first official recognition by the legitimate government of such an occurrence.

The report features confessions by senior officers in the Yemeni defence ministry in Marib, including a brigadier (Khaled Al-Amir) who served as director of the warehouse department in the army’s logistical support authority, and one of his relatives, a lieutenant called Basem Ali Abdo al-Samit who was in charge of surveillance, photography, sending coordinates and communicating with senior intelligence officers of the Iran-backed Houthis in Sana’a.

According to military sources, the Houthi cell played a key role in determining the locations of the meetings of leaders of the National Army in Marib, among them Defense Minister Mohammad Ali al-Maqdashi and Chief of Staff Sagheer bin Aziz. Those meetings were targeted by direct Houthi missile strikes that killed some of their companions.

The cell was also in charge of locating weapons’ caches and some tribal and military leaders’ residences.

The confessions obtained from a member of the cell who made multiple visits to Sana’a, during which he met with prominent Houthi military and security leaders, including Abdul Hakim al-Khawani, who runs the Houthi National Security Agency, revealed that Iran played a direct role in directing missiles and drones. Speaking of operations, including drones and missiles, the cell member explained that Tehran was deeply involved in the activity, even mentioning a meeting that was held in the presence of Iranian and Iraqi figures.

Yemeni Information Minister Muammar al-Eryani said that the recordings revealed “dangerous information according to the confessions of the Houthi militia’s spy cell official.”

Eryani added, “These confessions confirm the presence of experts from Iran and Iraqi militias in the Houthi operation rooms, and their participation in preparing missile attacks targeting the National Army and residential neighbourhoods in liberated areas, and civilian sites in neighbouring countries.”

Political sources described the Yemeni defence ministry’s announcement that the Houthi cell had been dismantled as the first official recognition of militia infiltration — a file that had so far been kept quiet, except for some reports by Yemeni activists and journalists.

Informed sources, who spoke on condition of anonymity, indicated to The Arab Weekly that the Houthi intelligence breach is much greater than what is being declared.

Since the Houthi coup in September 2014, the Iran-backed group has invested significant resources to enhance its intelligence and recruitment activities, taking advantage of its control over security institutions in the capital, Sana’a, such as the National Security Agency and other political security agencies, in addition to capturing the state’s intelligence database and archives.

The sources pointed out that Houthis’ intelligence manoeuvres were more sophisticated than the legitimate government’s, which failed to form alternative bodies and did not invest many resources in the intelligence file.

“The issue of the Houthi cell may have brought down the curtain on a big file that the National Army has been suffering from, and that is untrustworthy people assuming sensitive positions within the army,” said Yemeni journalist Abdul-Wahab Buhaibeh, who specialises in military affairs.

In a statement to The Arab Weekly, Buhaibeh indicated that “Officers – such as Khalid al-Amir, the leader of the dismantled cell and his likes –assumed sensitive positions in the army in the absence of reliable criteria for appointments.”

“These appointments are subject to personal loyalties, kinship or narrow interests. This made the National Army a hive for agents and suspects,” he added.

The Yemeni journalist pointed out that “if the leadership of the National Army wants to immunise the military institution from infiltration, it must review all appointments in all sensitive departments and state institutions and empower the leaders who have proven their worth on the ground over the past six years.”

He called on the National Army Command to strengthen the role of the Military Intelligence Service by supporting it with the needed capabilities, effectively linking it with its branches in various regions and other brigades and military units, and improving coordination between the different bodies.

In recent years, Yemeni press reports have highlighted the Houthi militia’s use of “soft cells” that include women to recruit, transmit information and even plant bombs.

One of those cells was known as “Sonia Abdo” in Aden, which infiltrated the ranks of the army’s leadership, planted explosive devices aimed at assassinating top figures and destabilised security in liberated areas before it was dismantled in June 2017. Its members eventually escaped from the Criminal Investigation Prison in Aden in still unknown circumstances.

In addition to conducting espionage operations and transferring information in Yemen, media reports indicate the female Houthi agents were active in other Arab countries where political and military leaders hostile to the Iran-backed militia are based.

The role of these cells in other countries, according to media sources, was limited to approaching some of these leaders and recruiting or silencing them through threats or extortion.

Yemeni sources told The Arab Weekly that the Houthis’ focus on intelligence and infiltration of Yemeni security services gave them an advantage in their war with the Yemeni government and helped them gain knowledge of many plans and movements of the Yemeni army, in addition to enabling them to penetrate some of the government’s political, military and security institutions.

The sources indicated that the Houthis not only controlled the Yemeni state’s intelligence institutions after the coup, but also worked to establish their own parallel bodies, such as the Preventive Security Service, which received direct logistical support from Iran’s Islamic Revolutionary Guard Corps (IRGC) and the Lebanese Hezbollah movement to carry out internal and external tasks.

In January 2015, about four months after the coup, the Houthis leaked a phone call between Yemeni President Abd Rabbo Mansour Hadi and his office manager at the time, Ahmed Awad bin Mubarak, in an attempt to put pressure on Hadi. 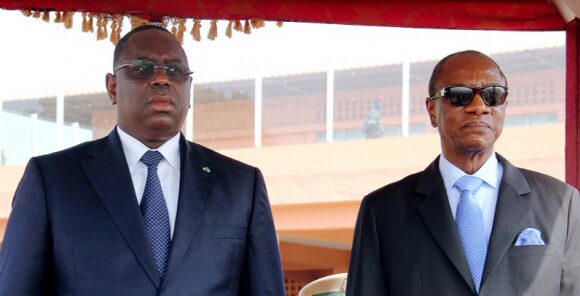 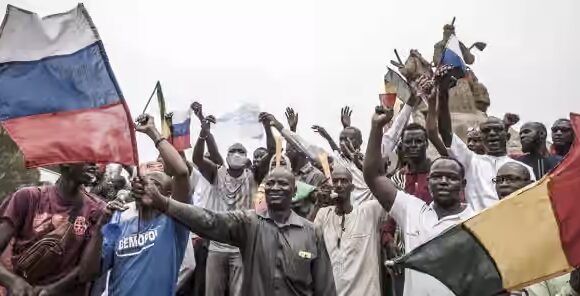