China’s diplomatic style is increasingly more assertive and confident as it faces up against stigmatization and provocative behaviors from the West, even becoming more significantly active in condemning Western nations over blatant violations of human rights worldwide, but now the West has become very uncomfortable by using the term “wolf warrior diplomacy” to accuse China of acting more “aggressively” and hyping its “nationalism.”

This kind of change in China’s diplomatic style has won a round of applause on Chinese social media networks, as many Chinese people, especially the youth, want to see Chinese diplomats responding to Western accusations with not just humble explanations or inactive silence, but also the ability to resolutely to fight back against the stigmatizations and to bravely challenge Western hegemonic bullies, like what foreign ministry spokespersons Hua Chunying and Zhao Lijian are doing.

Chinese analysts and scholars said that such a change is not nationalism at all, but a new style that caters for the times and emerges amid the shift in the balance of power between China and the West, and the rise of “wolf warrior sentiment” in China is a correction to “the irrational worship of the US” that emerged during the 1980s and 1990s.

Chinese experts said that Western media and elites don’t understand that the “wolf warrior diplomacy” that they so ardently criticize is actually a “stress reaction” welcomed by the Chinese people who have seen enough Western arrogance and hegemony. In comparison to making the West uncomfortable, Chinese society is actually more worried about “the return of worship and illusions over the US” as the new administration led by Joe Biden will restart offensives against China regarding ideology and values.

The West will adjust to China’s new assertive and confident diplomatic style one day when they genuinely accept peaceful co-existence with a powerful China, and admit that containment and confrontation against China is both meaningless and useless, said experts. They stressed that an assertive diplomatic style and firm retaliation against Western provocations can speed up this process.

What is ‘wolf warrior’?

The phrase “wolf warrior diplomacy” is derived from the patriotic Chinese action movie Wolf Warrior 2, which is the first film to gross more than $874 million at the Chinese box office. It tells the story of a Chinese special operations soldier who saves medical aid workers from local rebels and vicious arms dealers in an African country. Some Western media have distorted the phrase, making it the symbol of aggressive nationalism.

No matter if it is a screenplay praising Chinese heroism or dealing with being called “China’s wolf warrior diplomacy” by foreign media, “we need to and have the right to speak,” LÃ¼ Jianmin, the producer of the Chinese blockbuster film Wolf Warrior 2, told the Global Times in response to critiques from overseas media.

After Chinese Foreign Ministry spokesperson Zhao Lijian posted an illustration by a Chinese cartoonist that depicts an Australian solider brutally killing an Afghan child, condemning the war crimes of Australian troops in Afghanistan on his twitter account, some Western countries became shell-shocked and stood together to criticize China and question the nation’s right to judge the West’s human rights violations, and at the same time, they talked very little about the war crimes committed by Australian troops.

Not surprisingly, this incident has been labeled with the “wolf warrior diplomacy” tag again. Chinese Vice Foreign Minister Le Yucheng, at a forum in Beijing on Saturday, called the “wolf warrior diplomacy” tag actually another version of the “China threat” theory and a “discourse trap,” whose purpose is to prevent China from fighting back and push the nation to give up fighting.

Le dismissed China’s so-called belligerent diplomacy and refuted accusations that it makes adversaries everywhere in the world. Rather, China has always been a defender of the international order, a contributor to global governance and a provider of international public goods, he noted.

Many among the Chinese youth show a supportive attitude toward the new diplomatic style. According to the latest survey conducted by the Global Times poll center,more than 85 percent of Chinese participants say they are “angry and resist firmly” or “complain and object explicitly” to US global hegemony.

Albert Chen, 23, a Beijing-based university student who firmly supports the change, told the Global Times that defending national interest and speaking for the smaller countries worldwide that have been bullied and harmed by some Western countries are the duties of Chinese diplomats, there is nothing to be ashamed of, “we should not care too much about the sentiments of certain arrogant Westerners.”

Liu Xiaoming, Chinese Ambassador to the UK, said in May in an interview with the media that “The reason why there’s a warrior fighting wolf is because there are wolves in this world. There’re so many rumors, disinformation and fake news about China.”

“The changing style of China’s diplomatic team reflects its ability to actively and flexibly adapt to the period of major changes including the vigorous development of the internet and the peaceful rise of China,” Zhang Yiwu, a professor at Peking University, told the Global Times on Monday.

He said it is a positive adjustment that Chinese diplomats are brave enough to display their distinctive personalities – calmly and equally facing the praise and provocations from their Western counterparts and actively communicating with them.

Chen Hong, director of the Australian Studies Center at East China Normal University in Shanghai, said that the West has a presumption that China will yield to the West’s suppression and accusation and remain silent, so when China hits back or even just says no, the West will become extremely nervous, showing a sick hegemonic mentality.

The change now is that apart from launching a war of words, China will also take a series of actions that can make Western countries harming China’s interests feel the pain through sanctions and other countermeasures, Chen said.

“This is the language that the Western elites can understand,” which is much more effective than humble explanations and nice words, Chen added.

Shen Yi, a professor at the School of International Relations and Public Affairs of Fudan University, said if the antonym of “wolf warrior” is “sycophant,” then there is nothing wrong with being a “wolf warrior” when fighting against injustice and bullying from the West.

“Be a wolf to fight or a dog to be licked? This is not a difficult choice. In fact, based on my experience of interactions with US elites, they love to talk to a ‘wolf warrior’ like me instead of those US-pandering sycophants,” he said.

The sycophants will just agree with every single word that comes from the Americans’ mouths, then they can make no meaningful input, but debating with Chinese scholars who firmly defend China’s legitimate rights and express discontent over US actions could effectively increase mutual understanding, Shen noted.

Zheng Ruolin, a senior Chinese media professional and European studies expert based in France, said Westerners want us to keep our mouths shut when they are bullying us, so we definitely can’t do what they want, and “when we respect our own country in the front of them, they will understand and respect you eventually.”

Return to flattering the US?

After Democrat Joe Biden won US presidential election, some pro-US Chinese “public intellectuals” and commentators believed that US establishment elites are back, so they restarted their efforts to promote US values and attempted to downplay China’s achievements, and this has brought great concern to Chinese society again.

Many Chinese experts also warned that the upcoming Biden administration will launch more offensives over political values and ideology against China, so the worship mentality that could weaken the confidence of the Chinese people may return.

Huang Renwei, executive vice dean of the Fudan Institute of Belt and Road & Global Governance, said at the Global Times Annual Forum on Saturday that the struggles with the Trump administration were over “hard power,” but the elites of the US Democrats in Biden’s team will shift to “soft power.”

“Get our own things done” is the source of our confidence to strike back at stigmatization and provocations from the outside world, said LÃ¼ Xiang, a research fellow on US studies at the Chinese Academy of Social Sciences.

The data of confirmed COVID-19 cases and deaths prove that China is the one who in reality respects the lives of people and science when fighting the virus, so facts speak louder than words, LÃ¼ noted.

Zheng said the failure to handle the epidemic situation in the US has bankrupted the fairy tales of the advantage of the US system, so no matter who becomes the next president, the advantage of the US’ soft power is long gone, and the Chinese public, especially the confident youth, are not going to be fooled.

Zhang Weiwei, a professor and director of the China Institute of Fudan University in Shanghai, told the Global Times that as earlier this year, some pro-US Chinese “public intellectuals” claimed that the US and Western countries won’t be troubled by COVID-19 due to Americans’ “democracy and freedom,” and “the US’ powerful medical and sci-tech strength will smash the virus very soon.”

But unfortunately, “all of these cooked up stories become ridiculous jokes eventually,” with more than 14 million confirmed cases and more than 282,324 deaths, according to the latest data from Johns Hopkins University, Zhang Weiwei said.

Zhang Weiwei made a joke that “at present, these pro-US Chinese ‘public intellectuals’ should really go to the US and help their messiah. One way flights from China to the US are very cheap now. They can boost US confidence by writing some diary entries [mocking Wuhan Diary written by Fangfang].”

Jin Canrong, associate dean of the School of International Studies at Renmin University of China, said at the Global Times annual forum on Saturday that in the past few decades, US elites are the ones who deeply believe in China’s rise, and the pro-US Chinese “public intellectuals” are the ones who firmly refuse to believe it as they always try to lecture Chinese people with so-called “universal values” and downplay China’s achievements.

“We really should send these ‘public intellectuals’ to talk and convince US elites that China will not become the biggest threat to the US, maybe we will receive less pressure and the US will not be in panic mode over China’s rise anymore,” he said. 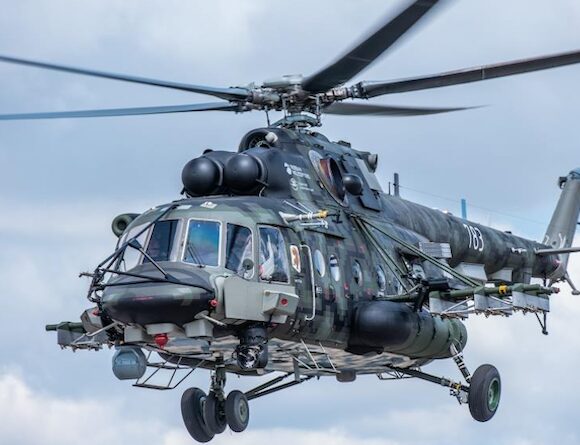 As war spreads in Ethiopia, killings and starvation grow worse