Tunisian authorities wave threat of force in face of protests

Unrest has disrupted production and caused shortages in vital materials such as cooking gas and petrol.

Social protests, accompanied with disruption of production of vital resources in several parts of the country, prompted the Tunisian government to threaten to use force to deal with the spreading chaos.

On Wednesday, and after meeting with the Ministers of the Interior, Defence, and Justice, Tunisian Prime Minister Hichem Mechichi called for immediate action to contain the wave of protests that have disrupted production in several facilities for the past two weeks and caused shortages in vital materials to citizens such as cooking gas and petrol.

A statement after the meeting called for “enforcing the rule of law and intervening in coordination with the Public Prosecutor’s Office, in order to open up roads and restore production on sites whose closure has led to difficulties in supplying basic materials to all Tunisians and harms their vital interests, public security and the country’s national security.”

In Sfax, the second largest city in Tunisia, as in many other cities, queues have been forming up for days at supply points, waiting to buy gas cylinders.

The government’s statement constitutes a reversal of a prior stance taken by Mechichi not long ago, when he said, “the time of security solutions to protests is forever gone,” thus revealing the serious state of confusion of his government, in light of the sharp political divisions and conflicts inside the Parliament and the government’s tense relation with the President of the Republic Kais Saied.

However, Tunisian Defence Minister Brahim Bartagi has refused to involve the military institution in the dealing with the protests, arguing that the army is not responsible for maintaining public order, but rather intervenes in special cases to protect facilities when conditions get out of the security forces’ control. Furthermore, the judiciary is unlikely to authorise the police to intervene.

This lack of harmony inside the cabinet reflects the difficult conditions in which the government operates, in light of the conflict between the prime minister and the president of the republic, who controls an important stake inside the government, especially by the power to appoint ministers for the so-called sovereign ministries (defence, interior, and justice). To make matters worse, the president’s supporters are accused of being behind the social protests and of planning to take advantage of them politically in order to highlight the failure of the political parties and of the parliamentary system.

Moreover, Prime Minister Mechichi finds himself caught between a rock and a hard place, given his political blackmailing by his own parliamentary support base represented by Ennahda Movement Party, Qalb Tounes Party, and the Dignity Coalition.

The prime minister finds in the security solution a way to control the protests, especially since the calls for an expanded national dialogue—launched by several parties and the UGTT, the largest labour union in the country—to discuss the country’s social and economic problems and find solutions to its recurrent crises, have not succeeded in calming down the street.

Analysts believe that the Tunisian street no longer trusts such initiatives. In the opinion of the protesters, they are just populist steps to preserve the current status-quo without achieving actual results. They also come within the framework of a frantic competition between the three presidencies (the Presidency of the Republic, the Presidency of the Government, and the Presidency of Parliament) over the management of the country’s affairs and preserving their electoral bases.

Many politicians in Tunisia support resorting to a security approach within the framework of the law to restore stability and avoid worse scenarios, especially with the approaching tenth anniversary of the self-immolation of Mohamed Bouazizi that had ignited the wave of “the Arab spring” mass protests in Tunisia and elsewhere in the region.

Tunisian politician Khaled Chaoukat believes that “the power exercised by the state within the framework of the law cannot be called repression. It is a required use of force. Without it, chaos will prevail, and chaos would threaten the very existence of the state.”

“Any country in the world, no matter how democratic it is, is sometimes forced to use force within the confines of the law,” Chaoukat told The Arab Weekly, indicating that the government’s dilemma is likely to worsen if it allows protesters to further violate the law, and that “the crisis will become bigger and difficult to resolve over time.”

Sahbi Ben Fraj, a political activist and former member of parliament, considered that “the government has no choice but to go to a security-based approach, which is a logical decision in light of the stoppage of production and control of wealth distribution routes by the protesters.”

Ben Fraj cautioned that the excessive use of force should not turn into bloodshed, which would just add oil to the fire.

Observers attribute the spread of the protests to the weak performance of the Mechichi government, which has inherited a burdensome legacy from the governments that preceded it. They believe that this government is politically fragile and does not possess a clear vision of governance. It is an emergency government that was voted in by the ruling troika and within the framework of a political manoeuvre to avoid the option of early elections.

Issam Chebbi, Secretary-General of the Republican Party, described the general situation in the country as “dangerous,” because “we are facing a weak government and a semi-broken state,” he said.

Talking to The Arab Weekly, Chebbi said that “force alone cannot quell the protests,” adding, “The state must be present and use deterrence methods with balance and when necessary, and at the same time it must negotiate with the people and listen to them and offer them a vision and solutions to their difficult reality.”

Chebbi believes that “the Mechichi government is being punished by some lobbies for reaching an agreement in the El-Kamour crisis, as they believe that the governorate of Tataouine does not deserve such a success of the negotiations since it is not part of their electoral reservoir.”

The government has recently reached an agreement with protesters that ended the Kamour crisis and led to the reopening of oil facilities in Tataouine in the south of the country and the resumption of oil production in exchange for providing hundreds of job opportunities for the local population. However, this has led to social tension in other parts of the country in the form of protests and sit-ins by the unemployed and civil activists, demanding jobs and improved economic and social conditions.

Political and human rights activist Mustapha Abdelkebir told The Arab Weekly that “the Mechichi government is no longer able to do anything or go back on its decisions after it had submitted to the conditions of the negotiators in the El-Kamour agreement.”

“The state has fallen into the trap of the policy of blackmailing state institutions practiced by the populists,” he added. He also believes that a security-based approach can be part of the solution, especially given the trend of managing crises with populist discourse and the ever increasing demands at all levels.

Abdelkebir’s opinion is consistent with that of political analyst Fethi Zghal, who believes that “the Mechichi government, today, has no solution but to confront those who want to direct these protests towards threatening national security.”

Zghal believes that “Mechichi’s opponents want to exploit the popular anger over the delay in responding to social demands and jump on the protest bandwagon of those moves and fuel them towards chaos,” through which they aim “to topple the established authority,” according to him. 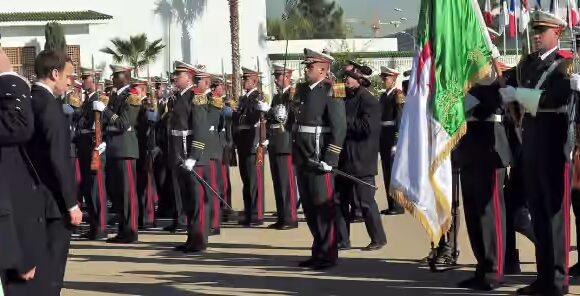 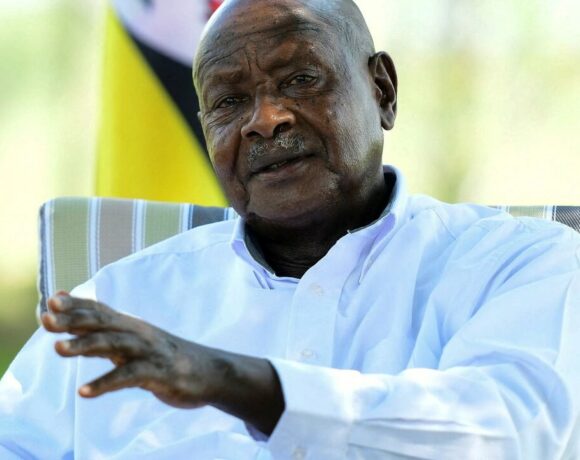