About 20 European parliamentarians representing major political groups called on EU’s Joseph Borrell to support Morocco in its efforts to ensure the passage of goods and people in the demilitarised zone in Guerguerat.

Bahrain will open a consulate in Western Sahara, Morocco said on Thursday, as the North African country steps up a diplomatic push to strengthen its position in the disputed territory.

Bahraini King Hamad bin Isa Al Khalifa told Moroccan King Mohamed VI of the decision to open a mission in the coastal city of Laayoune during a phone call, the Moroccan royal court said in a statement.

“The Kingdom of Bahrain is going to open a consulate general in the Moroccan city of Laayoune, a decision that will be coordinated between the foreign ministries of the two countries,” King Hamad was quoted as saying.

The official Bahrain News Agency(BNA) confirmed the decision, saying King Hamad had expressed the “support and solidarity of the kingdom with Morocco in defending its sovereignty and its rights.”

Morocco controls 80% of the territory, including its phosphate deposits and its fishing waters.

The Algerian-backed Polisario Front, which fought a war from 1975 to 1991, demands a referendum on self-determination. Historic evidence points to ties of allegiance between region’s tribes and the Moroccan monarchy.

Since late 2019, at least 16 countries have opened diplomatic representations in former colonial capital Laayoune and the fishing port of Dakhla, further south, as part of Morocco’s diplomatic drive.

It comes after the United Arab Emirates on November 4 became the first Arab country to open a diplomatic mission in the Moroccan-controlled part of the territory.

Haiti will be the first non-Arab and non-African state to open a consulate in Dakhla in Western Sahara’s south, the Moroccan foreign ministry said on Tuesday.

The recent diplomatic moves come after Morocco gained broad support for a military operation it carried out to secure the Guerguerat border crossing with Mauritania after it was obstructed by elements of the Polisario Front.

The Polisario Front considers the opening of diplomatic missions a “violation of international law and an attack on the legal status of Western Sahara.”

Negotiations involving Morocco, the Polisario, Algeria and Mauritania have been suspended for several months.

European parliamentarians have recently called on the European Union’s High Representative for Foreign Affairs and Security Policy, Josep Borrell, to support Morocco’s efforts to secure order and maintain security at the Guerguerat border crossing with Mauritania, and to ensure the free passage of goods and people in the region.

About 20 European parliamentarians representing major political groups called on Borrell to support Morocco in its efforts to ensure the passage of goods and people in the demilitarised zone in Guerguerat.

The European news portal Political Report reported on Wednesday that “European parliamentarians belonging to the European People’s Party, Social Democrats and Renew Europe, along with a number of political figures, called on Borrell to re-launch peace talks on the issue of the Moroccan Sahara under the auspices of United Nations.”

These deputies expressed their concerns about the escalation of tensions in the wake of the Polisario’s violation of a ceasefire accord by moving into the demilitarised zone before the Moroccan Army intervened.

European parliamentarians also welcomed the use of a security cordon by Morocco allowing the reopening of the Guerguerat border crossing, which is the only crossing point between Europe, Morocco and sub-Saharan Africa.

Although the lightning operation carried out by the Moroccan forces secured the crossing and allowed the return of movement and the passage of goods, amid broad Arab support, the Polisario continues to claim attacks on the Moroccan army every day.

In response to these allegations, United Nations spokesperson Stephane Dujarric said that the UN mission MINURSO is still present across the desert, including at the Guerguerat crossing.

Dujarric also revealed that the United Nations is receiving reports of sporadic gunfire along the northern and eastern parts of the sand buffer. He added that the bombing operations often take place during the night, indicating that the MINURSO mission continues to “contact all relevant stakeholders.”

Developments on the ground come as Morocco takes active diplomatic steps to keep the international community updated about events in Guerguerat and the Western Sahara.

Morocco’s permanent representative to the United Nations, Omar Hilal, briefed members of the Security Council on the merit of the Moroccan armed forces’ successful intervention at the border crossing.

Hilal said in two letters to the United Nations executive body that the work carried out by Morocco “was welcomed and unanimously appreciated by the Moroccan people, especially the inhabitants of the Western Sahara. It also enjoyed strong and active support from the international community.”

Hilal also noted that a large number of African, Arab, European, Latin American and Caribbean countries, as well as international and regional organisations, supported Morocco’s work to restore freedom of movement to the Guerguerat crossing. 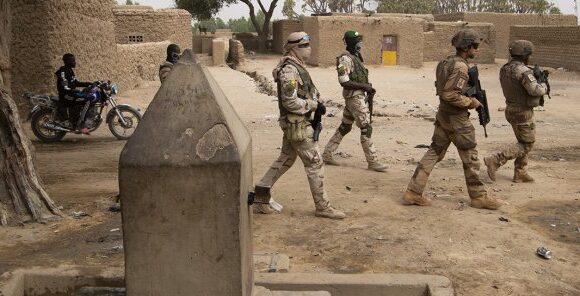 Can Russia play a role in ending the Yemeni civil war?