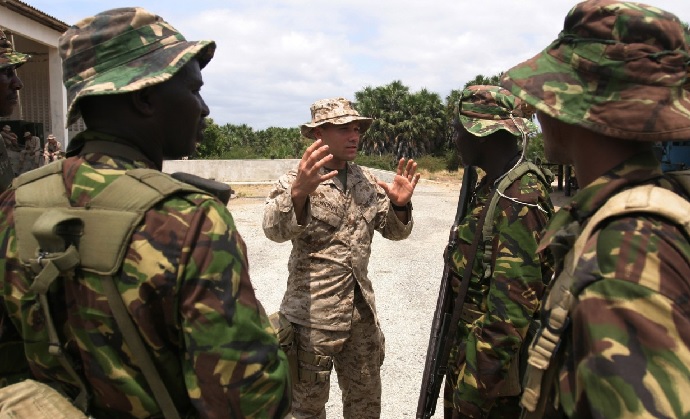 Somali militant group al-Shabab recently said it does not intentionally target Muslims – but a new report indicates that whatever its intentions, the group has a lot of Muslim blood on its hands.

More than 4,000 civilians have been killed in al-Shabab attacks since 2010, according to records compiled by the independent group Armed Conflict, Location and Event Data Project, or ACLED. The majority of the deaths were in Somalia – where the population is almost entirely Muslim – with smaller numbers stemming from attacks in Kenya, Uganda and Djibouti. More than 3,000 of the deaths have occurred since 2015.

ACLED says the figure encompasses deaths from shooting attacks, abductions, suicide bombings, and other incidents in which civilians were “determined to be the direct, primary target.” It excludes deaths from battles with the military or other armed groups, and bombing attacks primarily targeting security forces, ACLED says.

ACLED also says the death toll is “the most conservative fatality estimate.”

The true number may be even higher, according to records from Somali doctors. Medina, the biggest hospital in Mogadishu, has recorded more than 54,000 injuries from gun- and bomb-based attacks since 2007, of which 75 percent are civilians.

Hospital director Dr. Mohamed Yusuf estimates there were 20- to 25 fatalities for every 100 injured people brought to the hospital. Based on that estimate, fatalities from attacks involving al-Shabab may be more than 10,000, most of them civilians.

Following a deadly truck bombing at the Ex-Control intersection on Dec. 28, which killed more than 80 people including dozens of students, al-Shabab maintained that their intended target was a Turkish convoy at the junction and not the “Muslim Somalis.”

Turkish and Somali officials confirmed that two Turkish road construction workers were killed, both of them civilians. Al-Shabab said they “regret” the loss of lives.

“The attack caused the loss of lives and materials of Muslims who were caught in the attack,” said group spokesman Ali Mohamud Rageh, better known as Ali Dhere. “We are very sorry for the loss of our Muslim Somalis and we send our condolences to all those Muslims who died, wounded and those who lost materials. It happened on God’s willing and no one could have stopped, and that the enemy held those vehicles carrying Muslims at the junction.”

Dhere said in his statement that the group is aware that shedding the blood of Muslims is “forbidden.” The spokesman, however, tried to justify it, saying, “Jihad comes before saving a life.”

Sheikh Bashir Ahmed Salad, the chairman of the Mogadishu-based Ulema Council of religious scholars, dismisses al-Shabab’s statement. “Jihad is not their job,” he said. “They are involved in a job that is not theirs; they are doing an unlawful job,” Salad told VOA Somali’s Investigative Dossier program.

“They are like a doctor who does not have a permit to perform operations; a doctor with a fake license that needs to be closed down and arrested.”

Al-Shabab has used gunmen and explosives on numerous occasions to attack areas that are not military targets, and are known to be populated by civilians.

In the deadliest examples, al-Shabab launched two complex attacks on Lido beach restaurants and hotels in February and August 2016, killing more than 30 people. In November of that year, the group detonated a truck bomb at a Mogadishu farmers’ market, killing 40 people.

The group directed car bombings at a market in Wadajir district in February 2017 and again in November 2018, killing a total of 52 people. In addition, in June 2017, al-Shabab launched a complex attack on a Pizza House restaurant, killing more than 20.

Security experts and al-Shabab defectors confirmed that security forces and government officials were not present at any of these locations.

Experts and defectors say the group also has a policy of detonating Vehicle-Borne Improvised Explosive Devices (VBIEDs) at the closest possible site to the intended target, regardless of the presence of civilians.

Al-Shabab defectors and security forces say triggering a bomb can be done in two ways. In one instance, the bomber sets off the device after realizing he cannot reach his intended target and faces possible arrest. In the other scenario, someone dials a number into a phone built into a bomb, causing the device to explode. The device can be remotely detonated from hundreds of kilometers away.

Explosives that are set off as a result of this strategy include the two deadliest truck bombings in the capital. An October 2011 bomb, which was intended for the nearby Central Investigations Department, hit hundreds of students waiting to take exams for scholarships to Turkey, killing 100 people. Almost all of them were students.

An Oct. 14, 2017, truck bombing intended for the Turkish military training facility instead exploded at a busy intersection, killing at least 587 people.

Human rights groups say they have no doubt that al-Shabab – not African Union forces, not Islamic state militants or any other armed group — is causing the most civilian casualties in Somalia. “

This is due to both indiscriminate attacks and the use of weapons and weaponry that do not discriminate and differentiate between civilians and military targets, but also because of targeted attacks on civilians including individuals that took part in the 2016 electoral process,” says Laetitia Bader, a senior researcher for Human Rights Watch. “

Al-Shabab often claims responsibility for these targeted killings and wrongfully claims that these are legitimate military targets – they are not,” Bader said.

How British Soldiers Flout Rules of Engagement in Kenya