Iran has warned Europe it needs to offer new terms before a deadline set for later this week or Tehran will “take a strong step” away from the nuclear accord it signed with world powers in 2015.

Speaking ahead of Iranian Foreign Minister Mohammad Javad Zarif’s meeting on September 2 in Moscow with Russian counterpart Sergei Lavrov, government spokesman Ali Rabiei was quoted by the official government news agency IRNA as saying that “the points of views have become closer on many issues and now technical discussions are being held on ways to carry out the Europeans’ commitments [in the nuclear deal].”

He added that, while Iran and France’s views had become closer following phone calls between President Hassan Rohani and his French counterpart Emmanuel Macron, Tehran will “take a strong step” away from the deal if European countries do not offer new terms by September 6, a date that Iran has set for reducing its nuclear commitments further.

In May 2018, the United States pulled out of the 2015 nuclear deal under which Tehran agreed to curb its nuclear activities in exchange for an easing of sanctions, and has since reimposed crippling sanctions targeting Iran’s lucrative oil industry and the financial sector.

The Iranian leadership say they remain committed to the accord but demand that the Western European parties to the accord — Britain, France, and Germany — take measures to help the country bypass U.S. sanctions and benefit from the deal economically.

Meanwhile, Tehran has begun exceeding limits placed as part of the accord, putting the agreement in danger of collapsing.

Speaking after his talks with Lavrov, Zarif said his country would “be complying with its obligations in full when the Europeans comply with theirs in full.”

“It is meaningless to continue unilateral commitments to the deal if we don’t enjoy its benefits as promised by the deal’s European parties,” Zarif told reporters in Moscow.

Lavrov said Russia was concerned that “confrontation is being artificially built up…instead of creating conditions for compromises.”

Washington has called on sending an international maritime patrol to waters near Iran to safeguard passage for ships.

The move followed a series of attacks on international ships, which the United States has blamed on Iran, and the seizure of a British tanker, adding to volatility in the region and on the global shipping industry.

Moscow, which is also a party to the nuclear pact along with China, has urged restraint between the United States and Iran.

Zarif, who is leading a delegation that includes Iranian Energy Minister Reza Ardakanian as head of Iran-Russia economic commission, earlier in the day said he would discuss bilateral ties, regional issues such as the conflicts in Syria, Afghanistan, and Yemen, and the latest developments regarding the 2015 nuclear deal with his Russian counterpart.

In announcing the withdrawal, Trump said the terms of the nuclear pact were not tough enough to prevent Iran from developing nuclear weapons and did not address Iran’s missile program or Tehran’s support for militants in the region.

Iran has denied it supports insurgent activity and said its nuclear program was strictly for civilian energy purposes.

Meanwhile, the deal’s European signatories have tried to salvage the accord, with French President Emanuel Macron leading efforts to defuse the crisis by finding ways of resuming dialogue.

Deputy Iranian Foreign Minister Abbas Araghchi is travelling to France on September 2 to discuss proposals aimed at salvaging the 2015 nuclear accord.

Lavrov and Zarif last met in May when Russia celebrated the defeat of Nazi Germany during World War II. 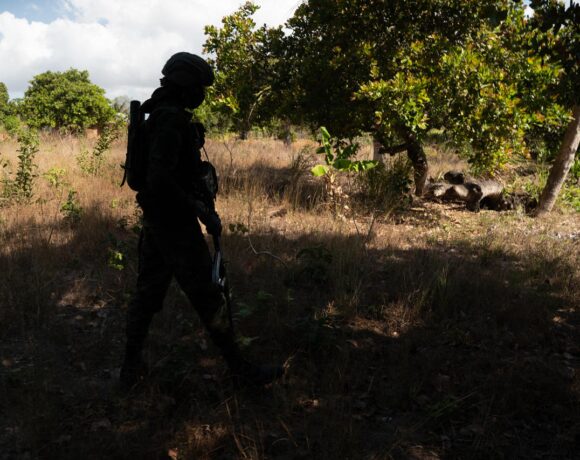