Are DRC, Mozambique Insurgencies a Real IS Threat?

Experts are warning that a focus on alleged Islamist militant ties is hindering efforts to respond to insurgencies in Mozambique and the Democratic Republic of the Congo.

Local insurgent groups have claimed ties to Islamic State to increase their clout, but the groups operate autonomously, experts who study the regions say.

On April 18, a strike on an army base near the Congo’s border with Uganda left several Congolese soldiers dead and others injured.

It was the first attack credited to Wilayat Central Africa, previously known as the Allied Democratic Forces, a group that has pledged allegiance to IS.

A month later, an IS group took responsibility for attacks in northeastern Mozambique, part of a growing insurgency in the country led by several groups, including Ahlu Sunnah wa-Jama and al-Shabab. The latter group, consisting of about 1,000 fighters who operate in decentralized units, shares its name but no known connection with the Somali terrorist organization.

On July 24, IS released a video featuring a man named “Sheikh Abu Abdul Rahman” who called for an end to division and infighting among Muslims in Central Africa. He also called for the creation of a caliphate. The video features heavily armed fighters in a forested area pledging allegiance to IS.

Some saw the proclamation as a sign of solidarity between the Mozambican and Congolese extremist groups. But experts are unsure whether links to IS signal a new threat or simply reflect the groups’ attempts to raise their profile.

Ryan O’Farrell, an extremism researcher studying at the School of Advanced International Studies at Johns Hopkins University, said experts have found virtually no evidence that IS has trained, funded or equipped its African affiliates.

“It also doesn’t necessarily fit Islamic State’s model. They have affiliates all over the continent, and most of them haven’t received training or weapons from Islamic State Central,” O’Farrell told VOA.

“Pretty much all of its affiliates are local groups that have local recruitment networks and local financial capacity and local weapons procurement channels. And so, they affiliate themselves with Islamic State as a brand.”

Nearly daily attacks in the Cabo Delgado region have made the insurgency in Mozambique one of Africa’s deadliest. The group in the DRC has pulled off high-profile attacks, killing U.N. peacekeepers.

But at their core, they remain local insurgencies, O’Farrell said.

“Their targets are primarily local,” O’Farrell said. “That’s very rarely the MO for some of the more peripheral Islamic State affiliates. But within those zones or within any territory in North Kivu (DRC) and within Cabo Delgado in northern Mozambique, they’re very active.”

Yussuf Adam, an associate professor of contemporary history at the University of Eduardo Mondlane in Maputo, Mozambique, said that rather than receiving arms or provisions from IS, insurgent groups in Mozambique are capturing them from the Mozambican Armed Forces.

“They kill two persons here, three persons there. They take ammunition, and so on. And it seems that they … feed themselves or, you know, feed their operations from guns they collect,” he told VOA.

Adam said the only international component to the insurgency is that some of the local fighters traveled to Afghanistan to fight the Russians in the 1980s. Unconfirmed reports suggest fighters received training in Somalia.

In a discussion on VOA’s radio interview program “Encounter,” experts said the insurgency in Mozambique is hard to understand because they have not made any public pronouncements. They are decentralized and likely include former street hawkers with links to organized crime.

Judd Devermont, director of the Africa program at the Center for Strategic and International Studies, said the insurgency in Mozambique may have Islamist roots, but other factors fuel it. These include resentment over natural gas discoveries, which have not benefited the local population, and heavy-handed operations by security forces, resulting in civilian deaths.

“This is what I would call an incipient insurgency,” Devermont said. “That’s important because it means that there are opportunities here in the embryonic stage to address its concerns, snuff it out and bring back some of these individuals as part of society.”

Oil and gas companies hiring locals who might otherwise become frustrated and join the insurgency would help a lot, Devermont said.

Adam believes the insurgency cannot be addressed by looking at it internationally. Instead, he urged policymakers to look at the local grievances of northern Mozambique, which has long been cut off from the economic hubs of the country and underserved by the central government.

“Violence breeds violence,” Adam said. “What we need is to start working readily to see what are the problems, what is the political and economy of northern Mozambique.” 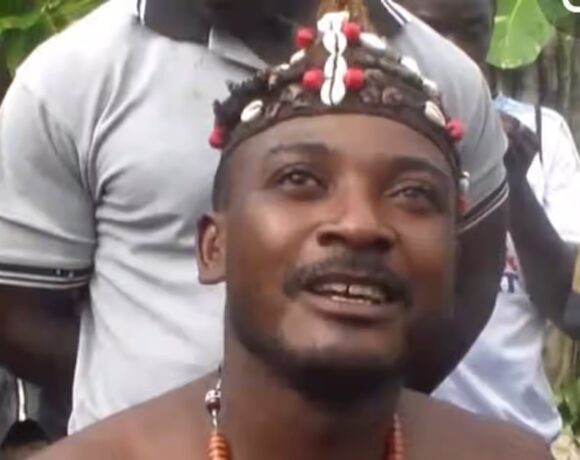