Yesterday, a jihadist Telegram channel published a short statement (seen below) attributed to Saif al-Adel, a wanted terrorist who has worked for al Qaeda since the 1990s. The message addresses the jihadist scene in Syria, specifically dealing with the controversies surrounding relations with Turkey and Turkish-backed rebel groups.

Various pieces of evidence indicate that al-Adel has had a hand in events in Syria, most likely from afar, but he rarely issues public statements. It is for this reason, among others, that the purported statement is noteworthy.

“The battle in Syria is clear to any” who “have experience,” al-Adel writes. He expresses some skepticism with respect to the mujahideen’s ability to devise a plan to merge the factions.

Al-Adel asserts that the “clear goal” of the jihadists’ enemies “is to exterminate any organization working to return Islam to its fundamentals and Turkey and others will not accept anything other than that.” Al-Adel advises the mujahideen that they “must once again change the military theory to one that fits the situation and will succeed against the conspiracies of the enemies and against the Turkish program that the factions have agreed with.”

It isn’t clear when the statement was written, but al-Adel is referring to the ongoing intra-jihadi disagreement concerning Turkey’s involvement with various parties in the Syrian insurgency, namely Hay’at Tahrir al-Sham (HTS) and the National Liberation Front (NLF), among others.

Some al Qaeda members and affiliated jihadis object to HTS’s strategy of relying, in part, on Turkey. The northwest Syrian province of Idlib is pinned between Bashar al-Assad’s forces, along with their Russian and Iranian-supported allies, and Turkey to the north. Assad and his international backers are currently bombing southern Idlib province in an intensifying air campaign. Turkish-backed groups are reportedly sending reinforcements to Idlib. This may be part of what prompted al Qaeda-affiliated Telegram channels to share the message from al-Adel.

The jihadis’ relations with Turkey are complicated, but there is no doubt that the issue has been in dispute. Ayman al-Zawahiri himself has accused the mujahideen in Syria of competing for “imagined authority” over territory that is under the dominion “of secular Turkish checkpoints.”

Al-Adel has been involved in the Syrian jihadi scene for some time, but it has often difficult to trace the extent of his influence. He doesn’t address the public.

In mid-2018, a report submitted to the UN Security Council placed al-Adel, along with his comrade, Abdullah Ahmed Abdullah (a.k.a. Abu Mohammed al-Masri), inside Iran. The two were among the al Qaeda figures released by the Iranian government as part of a reported hostage exchange in 2015, but apparently decided to stay inside Iran for security reasons.

In Aug. 2018, the State Department raised the reward for information on their whereabouts from $5 million to $10 million, but didn’t explain that the two were thought to be inside Iran. Both have long been wanted by the American government for their alleged role in al Qaeda’s 1998 U.S. Embassy bombings, as well as a variety of other acts.

Citing undisclosed information received from “Member States,” a July 27, 2018, report submitted to the UN Security Council said al Qaeda leader Ayman al-Zawahiri, “partly through the agency of senior Al Qaeda leadership figures based in the Islamic Republic of Iran…has been able to exert influence on the situation in north-western Syrian Arab Republic.”

Specifically, the UN report said that al-Adel and Adullah have “influenced events in the Syrian Arab Republic, countering the authority of Abu Mohammed al-Jawlani…and causing formations, breakaways and mergers of various Al Qaeda-aligned groups in Idlib.” Abu Mohammed al-Jawlani (al-Julani) is the leader of HTS, the aforementioned group that some al Qaeda jihadis accuse of being too close to Turkey.

In July 2016, Julani announced that his group, Al Nusrah Front, was disassociating from al Qaeda. Although there is evidence that the move was initially a media ploy, it ultimately led to real divisions in the jihadis’ ranks.

Sometime between Al Nusrah’s disassociation from al Qaeda in mid-2016 and its relaunch as HTS in early 2017, Saif al-Adel and Abdullah (a.k.a. Abu Muhammad Al-Masri) were consulted on the issue. From their perch inside Iran, they rejected Julani’s moves.

One of Julani’s advocates, an HTS official known as Abu Abdullah al-Shami, argued that Adel and Abdullah didn’t have the authority to overrule Julani and his comrades because the two were “in an enemy state (Iran),” where “they are being held there against their will.” In other words, the two al Qaeda leaders were supposedly detained inside Iran and, therefore, not able to freely consider the matter.

But another al Qaeda figure, Abu al-Qassam (a.k.a. Khalid al-Aruri), quickly rejected Abu Abdullah al-Shami’s argument, explaining that Saif al-Adel and Abdullah “left prison and they are not imprisoned.” The two al Qaeda managers “are forbidden from traveling until Allah makes for them an exit,” Qassam wrote, but “they move around and live their natural lives except for being allowed to travel.”

Abu al-Qassam is one of al-Adel’s and Abdullah’s longtime compatriots. He was held in some form of detention alongside them in Iran and reportedly released in the 2015 exchange. He is currently located in Syria.

According to another report submitted to the UN Security Council last month, Abu al-Qassam is now the leader of Hurras al-Din (HAD), or the “Guardians of Religion” organization. HAD is one of the breakaway factions that was formed in early 2018 to lessen Julani’s standing, as it absorbed some of HTS’s fighters. It was initially led by Abu Hammam al-Shami, another al Qaeda veteran, but al-Qassam has reportedly taken the helm.

Abu al-Qassam is a former deputy to Abu Musab al-Zarqawi, a legacy role that gives him standing within the jihadis’ ranks. The UN has identified some of HAD’s other leading figures as Iyad Nazmi Salih Khalil (who was reportedly killed last year), Bilal Khuraysat (a prominent al Qaeda ideologue who is also known as Abu Khadijah al-Urduni) and Faraj Ahmad Nana’a. In addition, Sami al-Uraydi is known to play a leading role in HAD.

Despite the sometimes heated disagreements between HAD and HTS, the two entered into a new accord earlier this year. The UN monitoring team finds that Zawahiri is the “defining authority for HAD, but not for HTS.” Yet, according to an analysis by FDD’s Long War Journal, it appears that a member of al Qaeda’s shura council, Abu ‘Abd al-Karim al-Masri (“Karim”), has repeatedly mediated disputes between the two and HTS has respected his authority.

Al-Adel’s eulogy for the “lion of Jihad Wahl”

Although al-Adel rarely comments on current events in public, some of his writings have been posted online. For years, his status inside Iran was murky, as there were reports that he was active well before al Qaeda’s prisoner exchange with the Iranians.

In Aug. 2015, for instance, al-Adel’s eulogy of Abu Khalid al-Suri, an al Qaeda veteran who served as both a senior figure in Ahrar al Sham and as Ayman al Zawahiri’s representative in Syria, was posted online. Al Suri was killed in Feb. 2014 by fighters dispatched by the Islamic State, al Qaeda’s jihadist rival. Zawahiri had assigned al-Suri to broker a truce between Abu Bakr al Baghdadi’s organization and Al Nusrah Front (al Qaeda’s official branch in Syria at time). This effort failed in spectacular fashion, and al-Suri emerged as one of the Islamic State’s harshest critics.

In his eulogy, Al Adel described al-Suri as the “lion of Jihad Wahl,” an al Qaeda training camp in pre-9/11 Afghanistan. Al Adel remembered al Suri’s time training the “youths,” helping them to “build their bodies” and “teaching them target practice.” Al Adel also reminisced about al Suri’s time yelling at the new recruits with his peculiar voice. And he implicitly criticized the Islamic State, as he wondered who could possibly dare “to kill a sheikh among the sheikhs of the mujahideen,” meaning al Suri. Al Adel described al Suri’s killers as having “twisted” and “perverted” thoughts.

Other, older writings by al-Adel are regularly circulated online as well. These include the al Qaeda veteran’s guide to kidnapping operations. That manual was shared once again by some of the same Telegram channels that posted his message dealing with Syria. 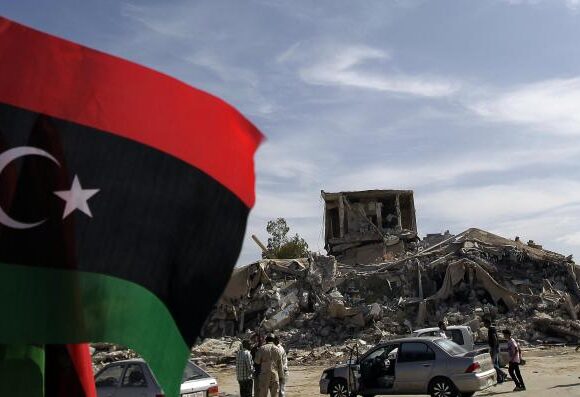