Kellumi was abducted by Boko Haram fighters when he was 14. Among the killings he committed after being pressed into the ranks of the infamously brutal Islamist militant insurgency, there is one victim he cannot bear to think about—his own mother.

He turned himself in to Nigeria’s army two years ago. When I spoke to Kellumi in October 2018, whose name has been changed for safety reasons, he was 10 months into a deradicalization program at Operation Safe Corridor, the Nigerian government’s offering for former Boko Haram members. He was still plagued by nightmares from the three years he spent fighting. He asked a staff member at the camp, “Would God forgive me?”

Boko Haram’s exploitation of young people is infamous. Kellumi is just one of at least 8,000 children and teenagers abducted by the group since they started menacing the Lake Chad Basin. They have taken the lives of almost 4,000 more, and beyond that, they have left almost double that number with serious injuries.

Although the group often targets children, it was undoubtedly the abduction of 276 schoolgirls in Chibok in 2014 that catapulted the Salafi jihadi group into the international spotlight, with the likes of America’s then-first lady Michelle Obama and Archbishop of Canterbury Justin Welby calling for action and prayers. Since then, both Nigerian government efforts and international attention have been, understandably, focused on the suffering of young women and girls.

It is time for the Nigerian government to expand the scope of its concern. While acknowledging the full weight of female suffering, responding to the trauma of boys cannot continue to be a major blind spot for those seeking to counter the insurgency without negative consequences for Nigeria’s ability to move beyond the conflict.

Regardless of whether boys have been forced to take up arms for Boko Haram or against it by vigilante groups, Nigeria needs to offer the space and resources for them, and others, to heal.

Up to 2,000 children, mostly boys, have been held in detention in Nigeria on suspicion of ties to Boko Haram, dozens of them at the Maiduguri Maximum Security Prison. The Nigerian government’s current package of rehabilitation and deradicalization for former Boko Haram soldiers still conflates children with adults, in practice, and locks them up together.

In some cases, children have already been detained for several years in military custody before they were transferred to prisons, where there are credible reports of sexual abuse and young people being kept in the same area as inmates on death row. Although the army cleared and released over 180 children in July 2018, the remainder are still languishing in detention.

The treatment of children as suspects and their imprisonment with adults must be stopped. Children who were abducted and conscripted into Boko Haram should be treated as victims, not perpetrators. Even children who might have voluntarily joined, or who may even be the children of insurgents, are worthy of the Nigerian government’s concern. Not only are they young, but they had few alternatives to fighting. This is a primary target for immediate reforms, which should be mindful of the additional sensitivities required for young people who have endured the insurgency—on either side.

18-year-old Aji, whose name has also been changed, is another of the thousands of teenage boys who have been directly embroiled in the violence of Boko Haram’s first decade of fighting. He was not recruited into the group itself, however. It was the Civilian Joint Task Force (CJTF), a vigilante group designed to bolster the efforts of state troops, that enlisted him as a 13-year-old in the fight against the insurgency.

The CJTF was created in 2013 by the communities worst affected by Boko Haram. Its volunteers spend most of their days on the road going house to house in search of the group’s fighters, and their nights in the Sambisa Forest—Boko Haram’s stronghold. At present, it’s a loose-knit organization of around 30,000 members.

While Boko Haram’s exploitation of children is common knowledge, the CJTF’s use of young people is rarely discussed. But thousands of children have passed through its ranks.

In the force, Aji, and others like him took noncombatant roles, serving as informants, manning checkpoints, and running errands. But some were also the foot soldiers chasing Boko Haram fighters in the bush. They both witnessed and participated in large-scale violence. Rights groups have accused the militia of human rights violations including beating of detainees and extrajudicial killings of suspected Boko Haram members.

In theory, the young enlistees volunteered to join the CJTF, but Nigerian law (and international consensus) classifies those under 18 as children. They cannot legally enroll in the military or even vote, let alone volunteer for a defense force. And while some teens joined to avenge the killing of parents or family by Boko Haram, others had more amorphous motivations. Many enlisted because of the widespread social pressure in areas where Boko Haram persists, making it almost essential to pick a side in the fight. In an environment where false accusations of being from a pro-Boko Haram family could result in military detention or outbursts of mob violence, others joined to protect themselves and their families from dangerous rumors.

Under pressure from UNICEF, the vigilante group committed to end child recruitment in September 2017. Aji is one of about 1,727 children, mostly boys, who have since left the group. He was among a group of 833 who finished their time with the CJTF last October.

Aji was given psychosocial support, vocational training, and informal apprenticeships alongside 400 other former vigilantes in a program run by the nonprofit group Search for Common Ground. Now he makes shoes in a small workshop alongside three other boys who join him there after school. He started the workshop with 50,000 naira (around $140) in start-up capital he received from UNICEF after participating in a reintegration program it supports.

Aji is one of the lucky ones, not only because he survived but also because, having left the CJTF, he has been reintegrated into society with a new profession. But reintegration efforts for teenagers like him who fought with the CJTF must go beyond the limited, ad hoc support that is currently on offer. After all, his peers who are not so lucky have either been killed by Boko Haram or are still fighting it as vigilantes.

The CJTF is still demobilizing some young people now; in May, it released another 894 children, including 106 girls. However, the total number of children it has disengaged is less than half the number it initially recruited, and almost two years after committing to stop recruiting children in the fight against Boko Haram all together, significant numbers are still fighting with the force. The Nigerian government and civil society should use their leverage to pressure the CJTF to fully demobilize youth under 18. If they don’t, the current dynamic is unlikely to change.

Children in prisons, as well as those still serving in vigilante groups like the CJTF, should be released immediately and be given the support they need to reintegrate into their home communities. This requires support from governments and their partners toward demobilization programs and psychosocial support. The United States, United Kingdom, France, and other Western governments that have supported Nigeria’s efforts to fight Boko Haram should consider making complete disengagement and demobilization of child fighters a condition for their continued engagement.

To offer a post-conflict life will also often require communities to prepare for the return of the same young people who waged violence against them.

For children in Northern Nigeria who have avoided physical violence, the damage done by Boko Haram is still harming their ability to access everyday essentials—including the ability to sit in a classroom and learn.

Insurgents by 2017 had destroyed almost 1,400 schools, killed nearly 2,300 teachers, and displaced 19,000 more. The group’s extreme opposition to secular education its codified into its own name, a mix of Hausa and Arabic that means “Western education is forbidden.” Its attacks, and the fear and insecurity they have triggered more broadly in the Lake Chad region, have led to the closure of more than half of all the schools at its epicenter of operations in northeastern Nigeria, leaving an estimated 3 million children in need of emergency educational support.

The ultimate way for Nigeria to announce its ambitions to move beyond the damage done by Boko Haram is to commit to ensuring that children have access to freely available and high-quality education.

The government needs to commit to ensuring that schools are rebuilt. After so many of the people who sustained the education system in northeastern Nigeria, especially in Borno and Yobe states, have been killed or displaced, that will also mean recruiting and training new teachers to help communities adapt.

Enrolling the children who have had their lives interrupted by Boko Haram in formal education is vital for long-term healing and lasting impact. Not only will this equip them with skills to earn a livelihood and to deal with their trauma, but it will also give them the critical thinking skills and resources to hedge against future recruitment into violent groups and help to rebuild their communities.

Boys like Kellumi are permanently marked by their trauma. “I didn’t know what to say to him,” said a member of the staff at the deradicalization facility, reflecting on the day Kellumi disclosed the source of his nightmares. Boko Haram has devastated a generation. The long-term damage will be costlier if any children are taken out of the equation as Nigeria attempts to move beyond the insurgency. 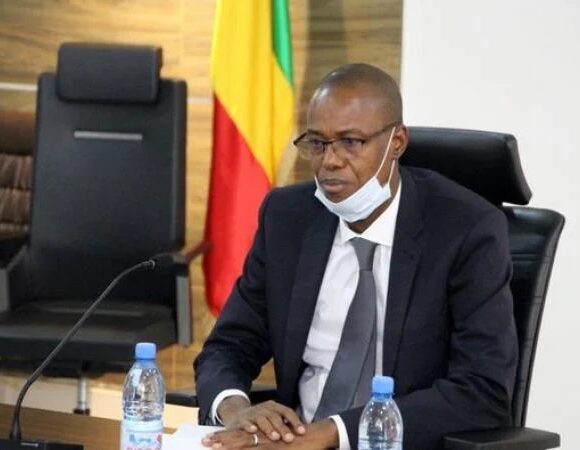