Qatar boasts the world’s second-largest gross domestic product per capita. The wealthy oil emirate operates Qatar Airways, one of the world’s largest airlines. It hosts one of the world’s most influential state-sponsored news sources, Al Jazeera, and maintains significant influence in higher American education, donating more than $1.5 billion to some of America’s most well-known universities: the University of Michigan, the University of North Carolina, Northwestern, Texas A&M, and Cornell.

For all its “contributions,” however, Qatar also has a dark side. It openly supports and harbors terrorists to a disproportionate and unparalleled degree for its size. Qatar’s actions prompted President Trump to recognize Qatar’s terror funding as being “on [a] very high level.”

Despite this recognition, American administrations, even those as critical as Trump’s, have sidestepped the truth about this terrorism-sponsoring country. Instead, they have tended to celebrate the tens of billions of dollars that Qatar spends on American military and commercial equipment, as well as Qatar’s hospitality in allowing the stationing of thousands of U.S. troops.

Regardless of its economic and military incentives, Qatar has long challenged American security interests, sustaining Hamas and other terrorist groups. In response to this reality, the State Department must finally designate Qatar as a state-sponsor of terror, as it has done for others that have “repeatedly provided support for acts of international terrorism.”

First and foremost, Qatar’s ties to Hamas, a U.S.-designated terrorist group that avows Israel’s destruction, are overwhelming. As one of Hamas’s largest funders, Qatar has provided the terrorist organization more than $1.1 billion since 2012. While Qatar often justifies its funding as humanitarian, the course of its funding, as well as the current emir’s statements, suggest different true motives.

Qatar’s emir refuses to regard Hamas as a terrorist organization and supported Hamas on the record. During a CNN interview, Emir Tamim bin Hamad Al-Thani proclaimed, “Qatar supports ‘all Palestinian people. We believe Hamas is a very important part of the Palestinian people.’” Considering its support for Hamas, Qatar has often digressed from its supposed humanitarian cause, having explicitly funded the Hamas hierarchy.

Although they were fortunately intercepted by U.S. officials, in 2014, Qatar sent funds to sponsor the salaries of 44,000 Hamas employees. In 2016, Qatar again funded Hamas employee salaries, which Hamas’s Senior Leader—Ismail Haniyeh—wanted to use to fund the group’s military wing: the Izz al-Din al-Qassam Brigades. Between 2001-2014 alone, the Qassam Brigades faction indiscriminately ambushed Israel with more than 17,000 missiles.

The harsh truth is that Qatar has sought to fund members of Hamas as recently as 2019. At this point, Qatar has a long track record of sponsoring Hamas employees and the cash flow necessary to sustain Hamas’s bureaucracy and foundation.

Just as Qatar has embraced Hamas abroad, it has also welcomed Hamas within its borders, offering the group protection. Since 2012, Hamas has harbored Khaled Meshaal, the former chief of Hamas’s political bureau, and one of Hamas’s most high-profile members.

Furthermore, Qatar has allowed Hamas to convene at some of the most high-profile hotels in Doha, it’s capital city. In 2015, Khaled Meshaal hosted a press conference at the Four Seasons, and in 2017, Hamas unveiled its new charter at a conference at the Sheraton. Within its very own borders, Qatar has permitted a terrorist organization to organize and campaign in broad daylight.

Al-Jazeera has shared coverage ranging from a vigil for the founder of the Popular Front for the Liberation of Palestine—a Leninist-Marxist terror group notorious for plane hijackings and murder—to a full interview of a member of the Palestinian Islamic Jihad.

Just as Qatar has provided safe-haven and funding for Hamas, it has done the same for other organizations classified as terrorist organizations either in America or abroad. Despite being regarded as the inspiration for Hamas—and named a terrorist group by Bahrain, Egypt, Russia, Syria, Saudi Arabia, and the UAE—the Muslim Brotherhood has received more than $1 billion from the Qatari government.

Qatar has also harbored 20 high-ranking members of the Afghani Taliban and sponsored Ahrar al-Sham, a Syrian, Salafist militia that has previously fought alongside the terrorist group Jabhat al-Nusrah. Furthermore, in 2017, Qatar paid $360 million to free two hostages captured by Kata’ib Hezbollah—an Iranian Shi’ite terrorist organization notorious for ambushing American troops in Iraq. While these organizations are not directly affiliated to Hamas, a trend prevails: Qatar’s proactive support for terrorist groups.

Qatar’s ties to terrorism are long-established. By harboring and bankrolling some of the world’s most notorious terrorist groups, Qatar has become, by any reasonable definition, a state-sponsor of terrorism. It’s time for America and the rest of the world to recognize the magnitude to which Qatar threatens global security and to designate Qatar accordingly. 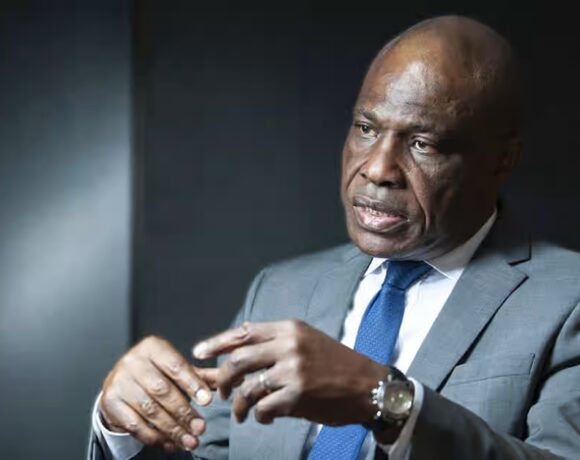