‘Boko Haram’ attacks Nigeria military base in Molai, near Maiduguri

Three Nigerian soldiers were killed during a gun battle with insurgents in a village on the outskirts of Borno state capital Maiduguri early on Thursday, August 15, according to reports.

The Daily Post reported that militants believed to be from the Islamic State West Africa Province faction of Boko Haram attacked a military location in Molai village, near Mammanti, around five km (three miles) south of Maiduguri.

A local vigilante told Daily Post that three soldiers were killed and others injured in the firefight.

“Boko Haram sacked the military base until fighter aeroplane came and cleared them. We saw the military evacuating their people both killed and wounded early this morning,” he said.

Channels TV reported that fighting ended at around 2:30 a.m.

The Nigerian Army has not yet commented on the incident.

It is unclear which faction of Boko Haram attacked the base.

Boko Haram split into two factions in mid-2016. One, led by long-time leader Abubakar Shekau, is notorious for suicide bombings and indiscriminate killings of civilians. Shekau pledged allegiance to ISIS leader Abu Bakr Al-Baghdadi in March 2015, but ISIS central only gives formal backing to the other faction, which it calls Islamic State West Africa Province.

Both factions are active in the region south of Maiduguri.

In January, four farmers were killed by Boko Haram militants thought to be loyal to Shekau as they worked near Molai, and more recently, the same faction was likely responsible for an attack on an IDP camp in Dalori on July 25.

The jihadist group known as Boko Haram began its bloody insurgency in northeastern Nigeria in 2009, but it has since spread into neighboring Niger, Chad and Cameroon, prompting a regional military response. More than 27,000 people have been killed and two million others displaced, sparking a dire humanitarian crisis in the region. The U.S. assesses that Boko Haram and ISWAP have been responsible for over 35,000 deaths since 2011. 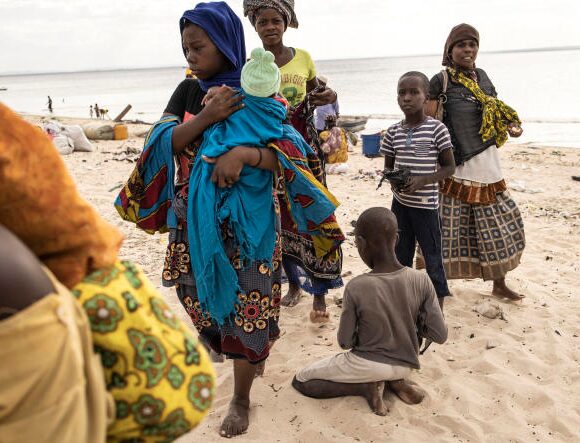