Al-Qaeda has released embarrassing outtakes from an Islamic State propaganda video of fighters in Yemen, in an attempt to undermine its bitter rival.

The “blooper” reel, released by Al-Qaeda in the Arab Peninsula’s Hidayah Media Productions, shows a kneeling militant trying to renew his pledge of allegiance to Isil leader Abu Bakr al-Baghdadi but repeatedly being interrupted by a squawking bird in the tree above.

The jihadi, identified as Abu Muhammad al-Adeni, appears to be distracted by the chirping, causing him to forget his lines.

He takes out notes from his pocket, while another fighter can be heard telling him to “stay calm, keep cool”.

The media group does not reveal how it got hold of the unedited version of the video, but it could have been handed over by an Isil defector or taken from a captured base.

Analysts said the video, which Al-Qaeda’s titled “The Hollywood reality of al-Baghdadi group – Part 2” was produced by Islamic State’s branch in Yemen in 2017, when the group was growing in strength.

Elisabeth Kendall, a Middle East expert at Oxford University, who first shared the video on Twitter wrote: “Heroic bird relentlessly drowns out ISIS-Y’s attempt to renew allegiance to the caliph,” in reference to the Yemeni affiliate of Isil.

“Leader’s feeble memory adds to the woes… These bodged ‘takes’ didn’t make it into the official video of this solemn event, released end July.”

“One of the interesting things for me here is al-Qaeda do counter-narratives better than we do, using humour and mockery in a local and very clever way,” she said.

The video has drawn comparisons to the hapless jihadists in Chris Morris’s 2010 dark comedy Four Lions.

The Islamic State and al-Qaeda have been waging a deadly contest for territory, recruits and influence in Yemen, where both are battling the Shia Iran-backed Houthi militants.

Hidayah Media was behind a 2016 video that accused Isil of using the dark red cordial Vimto drink as fake blood in a staged battle in one of its videos, which prompted widespread jokes and hashtags on Twitter at their expense.

However, offline, in recent months, the fighting has escalated. Isil has deployed suicide bombers against al-Qaeda positions. 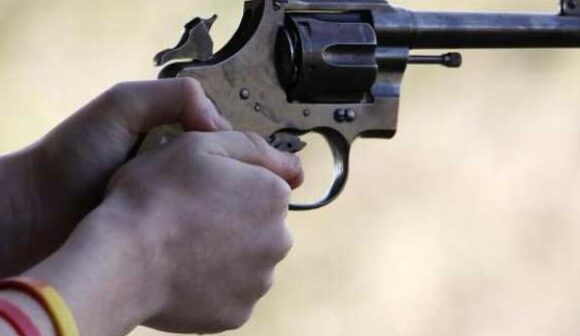