Two separate terrorist attacks earlier this month struck the Yemeni governorate of Aden, and those were followed by a third attack in Abyan.

All told, the attacks reportedly killed at least 68, including security personnel from the United Arab Emirates-backed Security Belt Forces, shaking the relative calm in one of the deadliest eruptions of violence in southern Yemen in two years.

The first attack took place Aug. 1 in the Sheikh Othman neighborhood of Aden, when a suicide bomber targeted a security center during the morning lineup.

The death toll was 13, according to the Yemeni Ministry of the Interior. The next day, ISIS claimed responsibility for the attack.

Yemen’s southern provinces have long been a stronghold for Islamist extremist groups, and the attacks might point to a growth in extremist presence as the United Arab Emirates takes a less overt role in the conflict.

The second attack, also on Aug. 1, came in the form of a missile strike that hit a military parade in the al-Jala camp near the Buraiqa district in Aden, claiming the lives of at least 30 Security Belt personnel and also killing Abu al-Yamama, the leading Yemeni counterterrorism commander of those forces.

The Iran-backed Shiite Houthi rebels claimed responsibility for the attack in a statement released by Brig. Gen. Yehya Sarea, a Houthi military spokesman. He boasted that “the joint operation against the al-Jala camp successfully targeted a military parade for the invaders and mercenaries [of Aden].”

He cited the recent advancement of military positions in the provinces of al-Dhale and Taiz as cause for the attack.

The day after the two attacks, Yemeni security officials say, al-Qaeda in the Arabian Peninsula militants stormed al-Mahfad military camp in the governorate of Abyan, taking advantage of the chaos from the attacks in Aden the day before. The incident claimed the lives of at least 19 Security Belt Forces personnel in a foiled attempt to take control of the camp.

Al-Qaeda in the Arabian Peninsula subsequently claimed responsibility for the attack.

The three attacks represent a real possibility of escalation in the south from both Houthi rebels and extremist groups, exposing the possible weakness of local security forces to attacks in the heart of the areas they control.

Both al-Qaeda in the Arabian Peninsula and ISIS may be testing the readiness of Security Belt Forces and other local security providers following the recent United Arab Emirates’ drawdown of its military presence.

Houthi fighters and extremist militants are likely to continue to strike security infrastructure in the south to further fragment the Saudi-led Arab military coalition and its allies.

If attacks continue on an upward trajectory, from either the Houthis or other Islamic extremists, the U.N. special envoy to Yemen, Martin Griffiths, will face intense pressure from the international community to revive stalled peace talks and seek a viable peace settlement. 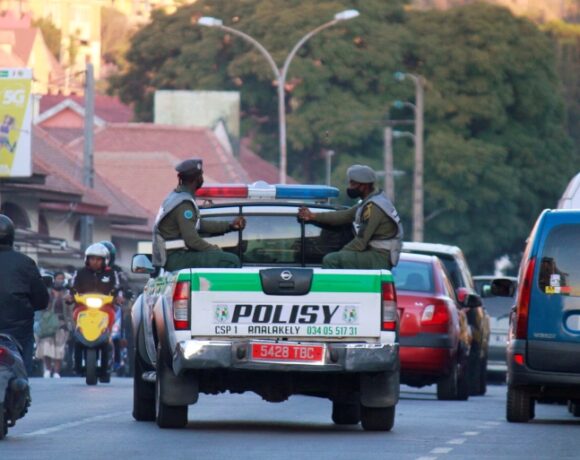 French person among 6 held over plot to kill Madagascar president