Nigeria’s girl suicide bombers: Woman abducted by Boko Haram Islamic militants at 13 only escaped by cutting off her device – while another felt UNLUCKY when her mission failed

Two would-be suicide bombers who were sent to their deaths by Boko Haram militants shared their harrowing stories of survival in a BBC documentary.

Presenter Stacey Dooley travelled to the city of Maiduguri, the birthplace of Boko Haram, to meet Faltama, who spent almost two years with the Islamic extremist group after being abducted from her village at the age of 13.

Faltama, now 20, was forced to marry three different men – all of whom died – before being sent on a suicide mission. She managed to escape by taking off the bomb and fleeing when she was dropped off at her target, despite the risk of being blown up.

Stacey met a second woman Ammabua, now in her 20s, who chose to join Boko Haram at 15 and spent five years with the terrorist organisation before being picked up by the military after a failed suicide bomb mission.

‘I was unlucky, it was only sickness that stopped me,’ Ammabua told Stacey in a startling interview. ‘The people I went with made it all the way. They entered the crowd and exploded. God did not grant me that fortune.’

Boko Haram has wreaked havoc in Nigeria for more than a decade, carrying out a wave of bombings, assassinations and abductions that have struck fear in the heart of the population. Its aim is to overthrow the government and establish an Islamic State.

Among its most notorious strikes was the kidnapping of some 276 teenage girls from a boarding school in Chibok in Borno in April 2014.

In Stacey Dooley Investigates: Nigeria’s Female Suicide Bombers, the presenter told how the group is also turning young girls into suicide bombers in what she described as a ‘lethal hidden threat’ that the Nigerian Army is battling to contain.

Like hundreds of other women across the country, Faltama was abducted from her home by Boko Haram militants who believe Nigerian women are being corrupted by Western culture.

‘Before they came, very early that morning, we heard the sound of gunshots,’ the survivor told Stacey. ‘When we saw them we started running. They chased us and caught us.

‘When they arrived in the village they killed a lot of people. They abducted lots of the girls like me.

‘We were terrified. We knew that once you are abducted by Boko Haram, you will never see your family again.’

Faltama revealed she was first married off to an extremist when she was 13. After her first husband died she was married to two more men, both of whom also died.

‘When your husband is killed they will marry you to another man,’ she explained. ‘After this happens about three times, they strap a suicide bomb to you and send you off for Jihad.

‘You are no longer any use to them. They fix the bomb on you, they tell you to detonate when you see a crowd of people or soldiers.

‘Then they sent us off and we obeyed, and that is how we escaped. We went a different direction from where they instructed us to go.

‘We took off the bombs as we had seen how they fixed them on us. Then we ran away.’

Asked how she found the courage to try and remove the live device from her body, Faltama explained: ‘Whether I escaped or not was in the hands of God. The suffering was so bad it was better to die than stay in that place. Either I died, or I escaped.’

After being robbed of her childhood, Faltama now dreams of returning to school.

Stacey also told how some women choose to join Boko Haram after being enticed by the extremists’ anti-Western propaganda.

When Ammabua’s husband was killed fighting, she put herself forward for a suicide mission along with two other girls.

‘It was my decision to do it [the mission] rather than staying there,’ she told a shocked Stacey. ‘Our husbands looked after us well but when our husbands died, the other men would no longer bring us food when they came back from fighting.

‘That is why we decided it was better to do a suicide bomb.’

The survivor recalled how she was praised by the extremists after she announced her intentions.

‘They told me I should do a suicide mission in order to be reunited with my husband,’ she continued. ‘We were excited.’

However a severe bout of illness forced Ammabua to abandon her suicide mission.

‘I had diarrhea and an upset stomach and was exhausted,’ she explained. ‘I asked them to wait for me. When I had finsihed we would be able to carry on together.

‘They told me the timer was running out and I was being too slow. So they left me there and carried on.

She was later picked up by members of the armed forces and is now in a rehabilitation facility for women who have left or escaped Boko Haram.

Despite admitting she was fully committed to the beliefs at the time and had intended to die, Ammabua insisted she has no intention of returning to violence.

‘I will not do it,’ she said. ‘I will stay here now. As God has given me a second chance I’ll wait and see what he has destined for me in the future.’ 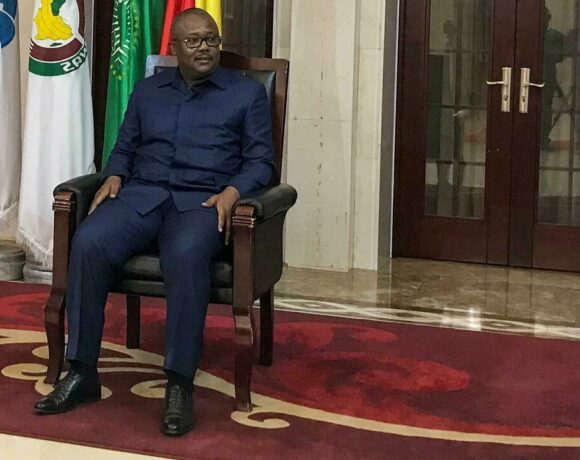 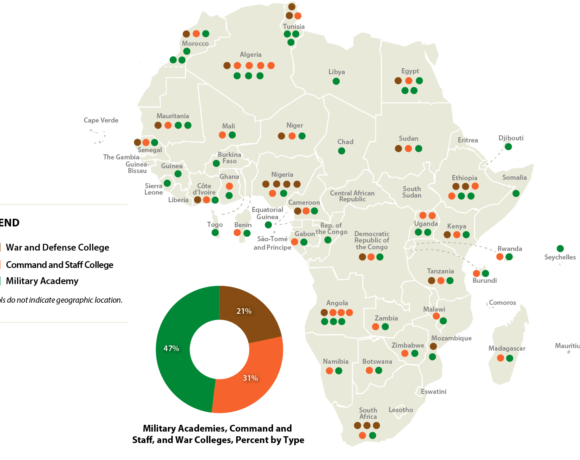