Nigeria is on the verge of eliminating polio, but Boko Haram is standing in the way.

Using violence and misinformation, the ISIS-linked militant group has hampered efforts to get every child in the country vaccinated against polio, leaving nearly 66,000 children in remote villages in northern Nigeria without the vaccine, according to Nigerian federal estimates.

But public health officials are pushing back, teaming up with the military and volunteers who have put their lives on the line to get vaccines to everyone.

Boko Haram has controlled territory in northern Nigeria since around 2003, when they implemented Sharia, or Islamic law, in the region. As part of an effort to dispel Western views, the group — whose name roughly translates to “Western education is sinful” — spread vaccine misinformation, claiming that the vaccine could lead to infertility and bone injuries.

The group has also used violence to deter vaccinators. In 2013, at least nine vaccination team members in the state of Kano were murdered, and witnesses pointed to Boko Haram as the culprit.

The group’s efforts worked: In 2016, after nearly three years without an outbreak, polio resurfaced in the country — a sobering reminder that public health efforts, even when backed by strong leadership, millions of dollars in funding and years of planning, can be quickly undone.

“In 2016, we almost disrupted the transmission of polio, but our efforts were derailed by insurgency groups in the northeast,” said Dr. Ngozi Nwosu, the national coordinator for the polio transition planning committee of the National Primary Health Care Development Agency. “We don’t want that to happen again.”

That means public health officials need to get the vaccine to kids in remote villages in Boko Haram-controlled territory.

“Now, health care workers are accompanied by the military and vigilantes to keep them and the vaccines they carry safe,” Nwosu said. “We also use satellite imagery to see where these hard-to-reach communities are located so we know exactly where to go.”

The vigilantes, also called community informants, sometimes go where health care workers cannot, because of threats of violence. They are young men who have been trained by the military on how to de-escalate potentially dangerous situations as well as how to properly administer vaccines. Armed with this knowledge, they go family to family in remote camps, dispelling anti-vaccine myths for parents and providing vaccines to the children.

“We are fortunate to have informants within largely inaccessible areas of Borno,” Ironside told NBC News. “Boko Haram has made it so we can’t reach 66,000 children.”

The vigilantes provide health care workers with on-the-ground information, including whether any children show symptoms of polio. But without access to the areas, it’s difficult to know exactly what’s going on.

“We’re not quite sure of the full polio picture in these areas, if any children are experiencing paralytic symptoms, or how many kids remain unvaccinated,” Ironside said. “The inaccessibility to these children is a far bigger issue than even the misinformation campaigns that exist.”

One community informant, who asked to remain anonymous due to safety concerns, told NBC News that the number of children they’ve reached is hard to quantify, but added that thousands of children have likely been vaccinated, thereby conferring some level of herd immunity to those who are unvaccinated. Herd immunity means that enough people are vaccinated against an infectious disease to protect others in the community who are not.

The vigilantes also help educate the people living in these remote areas on proper hygiene and sanitation practices when they can, Ironside said.

“Polio is spread in the feces, and Nigeria will soon overtake India as the No. 1 country in public defecation. That’s not a distinction you want to have,” she added.

Nwosu stressed that while global public health efforts and strong leadership by the Nigerian government have stemmed the anti-vaccine tide, it’s not time to let up.

“We have to remain vigilant in our vaccination and surveillance campaigns,” Nwosu said. And polio isn’t the only safety concern in the area: Kidnappings, armed robberies and poor sanitation are also worsening the conditions in which people live, she said.

Ironside, who is also a human rights attorney, applauded Nigeria as a global public health success story and said that she is excited that this chapter in the fight against polio is coming to an end. Still, she acknowledged that a conversation with Boko Haram leadership may be necessary to keep events, such as the resurgence of polio in 2016, from happening again.

“We know that Nigeria is doing everything in its power to check their influence,” Ironside said of Boko Haram, “but it is prudent to listen to their message and find new ways to address them.” 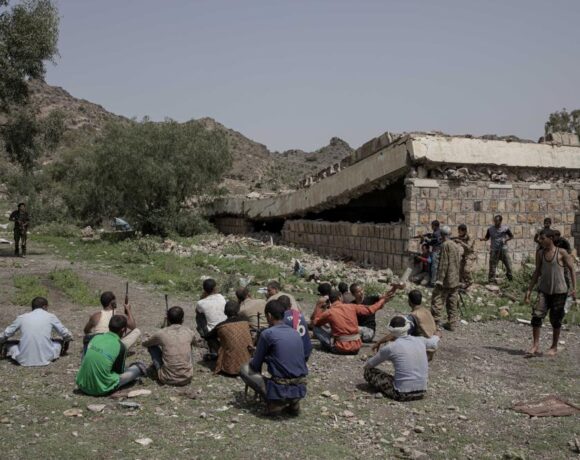