Following analysis of the Houthi ballistic and cruise missiles on the Saudi-led coalition in Yemen, in Part II of this three-part series, FDD’s Long War Journal has also mapped out drone strikes claimed by the insurgent group.

The Houthi drone capabilities represent a new phase in Yemen’s conflict wherein the insurgent group is able to utilize drones not only for reconnaissance purposes, but to also penetrate deeper into the territory of Saudi Arabia.

While insurgent groups using drones in warfare is no longer novel, as seen from the usage by a myriad of substate actors across the Middle East and North Africa, the state backing of the Houthis drone program sets it apart from the vast majority.

In addition to its missile program, military experts and UN officials have linked the Houthi drone apparatus to Iran. For instance, its Qasef-2k drone, which is used in most strikes, is nearly identical to the Iranian Ababil drone.

Newer models showcased by the Houthis are also strikingly similar to other Iranian military drones. And much like the drones utilized by Hezbollah in Israel, Lebanon, and Syria, it is clear that Iran has also invested in Houthi drone capabilities.

According to the data compiled by FDD’s Long War Journal, the Houthis have launched 58 drone strikes in Saudi Arabia and a further eight inside Yemen. A disputed strike has also been claimed inside the United Arab Emirates.

These numbers are generated from each individual report of a drone strike and does not represent the total number of individual drones used.

From the data, it is clear that Houthi drone program is largely centralized on utilizing drones to strike inside Saudi territory. However, this focus could change as the war progresses.

That said, Houthi drone strikes are a relatively new phenomenon having only began in early 2018. On April 11, 2018, the first reported Houthi drone strikes in this conflict were reportedly targeting the Abha airport and civilian infrastructure within Jizan city, but Saudi officials claimed both were shot down.

Eight more sporadic drone strikes were reported last year until the program began in earnest in January. Since the beginning of the year, 57 drone strikes have been reported by independent media, Saudi officials, or claimed by the Houthis themselves.

On many occasions, the Houthis have launched daily drone strikes on Saudi positions and infrastructure. In others, this occurs between brief lulls in attacks.

It should be noted that just like with Houthi missiles, Saudi officials have been persistent in claiming that the vast majority of drones are shot down. It is unlikely that this is the case.

The vast majority of drone strikes, 32 instances, have been directed towards the regional airports in Abha, Najran, and Jizan. The King Khalid Airbase in Khamis Mushayt, an important regional base for Saudi Arabia, has been targeted eight times.

Strikes on Saudi troop positions inside Saudi Arabia’s Jizan and Najran provinces have also been claimed seven times. While Saudi and coalition troops have been hit by Houthi drone strikes, the insurgents’ main focus appears to be on civilian infrastructure.

This is evident in propaganda put out by the Houthis. For instance, on June 14, the group released a poster directed at Saudi and Emirati civilians that warned “for your safety, avoid airports and military locations.”

The compiled data also includes the purported Houthi drone strike on Saudi’s East-West oil pipeline on May 14. Interestingly, US officials have alleged that Iranian-supported Iraqi militants conducted this strike, not the Houthis.

If confirmed, this would highlight a new level of coordination between Iranian-backed groups in the region as this would mean that the Houthis provided diplomatic cover for the militants in Iraq.

This would have severe implications for the Houthis role inside Iran’s “axis of resistance,” which has become less opaque in recent years.

Further away, the Houthis also reported its forces hit the Abu Dhabi airport with a drone strike on July 27, 2018. But much like the reported cruise missile in Abu Dhabi, Emirati officials strongly denied any drone strike.

But on May 24, the Houthi-ran Al Masirah news channel published a video purporting to show the alleged drone strike in Abu Dhabi. The video’s legitimacy has not been confirmable.

The Yemeni insurgents have also been able to utilize drones in assassinations, such as the Jan. 2019 strike on the Al Anad airbase in Lahij, Yemen, that killed several top Yemeni military officials.

Recently, on Aug. 1, a combination of drones and a ballistic missile killed over 30 people at a military parade of the UAE-backed Security Belt forces in Aden. Several prominent military commanders were reported killed in the attack.

As stated by Bellingcat analyst Nick Waters, the utilization of drones in these assassinations requires effective intelligence against non-static targets. It appears that the Houthi intelligence apparatus is capable of gathering accurate intelligence, coordinating military planning, and effectively carrying out these operations with drones – even far from their main areas of control.

As the conflict progresses, it is likely that this tactic will be utilized further.

And the insurgent group shows no sign of slowing its drone strikes inside Saudi Arabia, as a large-scale assault utilizing drones was reported on three separate Saudi locations just yesterday.

US envoy spearheads effort to flesh out Libya policy 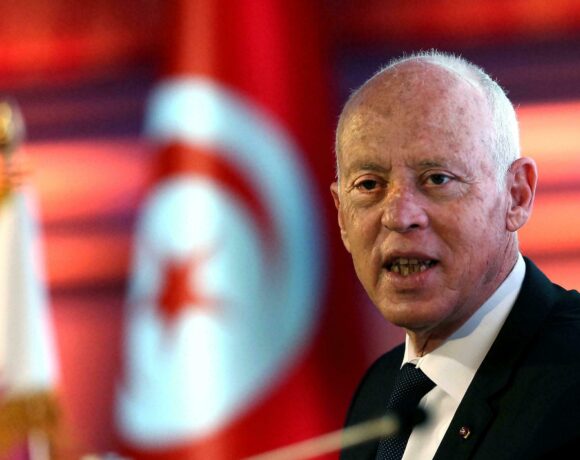 Tunisian president rejects crisis talks, says there is ‘no turning back’