The Nigerian Army on Monday handed over 151 repentant Boko Haram insurgents to Borno Government for rehabilitation and reintegration into the society.

Bamidele Shafa, the Coordinator, Operation Safe Corridor, made the disclosure during the handing over of the repentant insurgents at the Bulunkutu Rehabilitation Center, Maiduguri.

Mr Shafa disclosed that the 151 male repentant insurgents comprised 132 adults and 19 minors, who completed 52 weeks of de-radicalization process at its centre in Gombe.

He said that the clients were exposed to formal literacy classes, skills acquisition and Islamic Religious Knowledge (IRK) as well as drug and psycho-therapists during their training.

Mr Shafa explained that the Operation Safe Corridor was designed to encourage Boko Haram insurgents to surrender, provide de-radicalization and rehabilitation programme, to enable them to rejoin the society.

“The clients confessed their past misdeeds; denounced membership of Boko Haram group, asked for forgiveness and took an oath of allegiance to Nigeria. I believe they are now good citizens to rejoin the society,” he said.

Mr Shafa lauded the state government for its support and efforts to assist the repentant insurgents to reintegrate into the society.

Also, Umar Kadafur, the state deputy governor commended the federal government over implementation of Operation Safe Corridor to rehabilitate and reintegrate repentant insurgents into the society.

Mr Kadafur said that the state government had adopted effective measures to accept the insurgents willing to voluntarily surrender and to create an enabling environment for them to rejoin the society.

He said that the state government had also directed community leaders to sensitize their people on the need to accept the rehabilitated insurgents, and warned against infringement on their rights.

The deputy governor added that the state government would support rehabilitated insurgents to set up their business, to enable them to engage in productive activities and contribute to the development of the society.

Tela Dandija and Kyari Buguma, some of the repentant insurgents, thanked the federal government for the amnesty granted to them and called on the insurgents still in the bush to surrender.

They also called for support to enable them to set up their businesses in their respective communities. 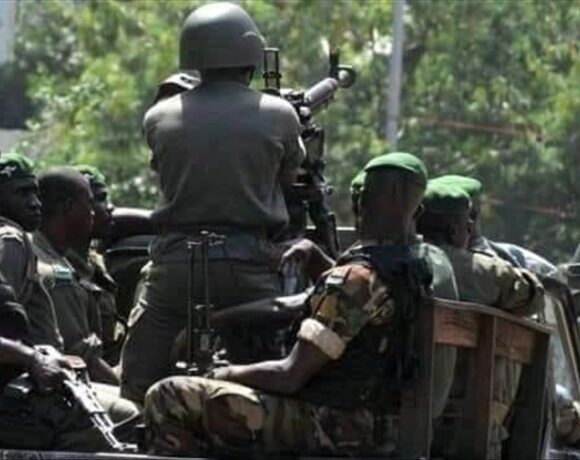