David Lusava, Lamu East deputy commissioner confirmed the incident in the coastal town of Lamu, saying the IED believed to have been planted by the militants was targeting security units on patrol in the area.

“I have received information of the IED attack somewhere in Kiunga towards the Somalia border but I don’t have the details. So I can’t even say how many have been injured or killed and whether they are terrorists or security officers,” Lusava said.

“The area is under the multi-agency security operation Linda Boni, they are better placed with the details,” he added.

A police officer in Kiunga confirmed that three militants were killed during the incident.

“My unit was among the first responders to the scene shortly after the RBPU (Rapid Border Patrol Unit) had been ambushed. We counted three bodies belonging to al-Shabab militants. They were dressed in jungle green military regalia and had around their necks, flags similar to those used by the militia group,” said the officer who declined to be named.

He said they suspect the militants might have been around 30 owing to the number of footprints located inside the bushes where they hid.

“We can’t tell the exact number as they were obviously hiding so they can ambush these officers but we counted tens of different footprint patterns which suggested they were about 30 in number. Two officers were fatally wounded but have been flown out of Lamu for treatment,” the police officer said. 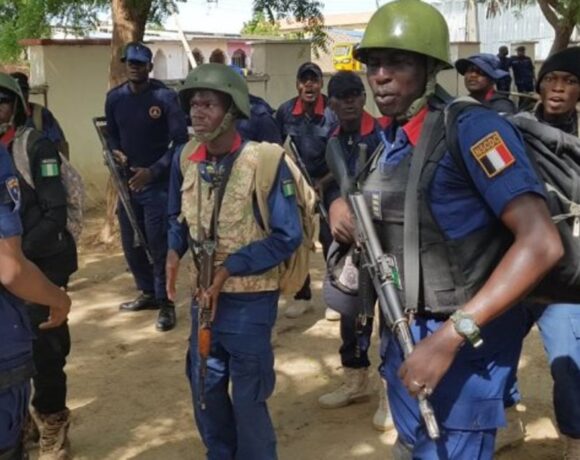