Niger President Mahamadou Issoufou called for greater U.S. involvement in the fight against mushrooming Islamist insurgencies in West Africa — at a time when President Donald Trump is scaling back America’s military presence on the continent.

Too little is being done to combat the fighters, Issoufou said Saturday in an interview in the capital, Niamey. Militants, some linked to al-Qaeda and Islamic State, have carried out attacks in Mali, Nigeria, Chad, Burkina Faso and Niger. Other countries in the region including Ivory Coast and Ghana have stepped up security in the face of the growing threat.

Niger is already at the center of an international effort to fight the insurgencies in the Sahel, an arid area on the southern fringe of the Sahara. France and the U.S. both have a military presence in Niger — the U.S. built a $110 million drone base in northern Niger and has deployed special forces on the ground.

“I propose an international coalition, like you see in Syria or Iraq, to fight terrorism in the Sahel and the Lake Chad basin,” Issoufou, 67, said. “When I say an international force this also includes the U.S.”

The extent of U.S. involvement in Niger was unclear until four American soldiers were killed in an ambush by more than 100 Islamist militants in the southwest of the country in 2017. Their deaths prompted an investigation by the Pentagon and a fierce debate about U.S. military involvement in Africa.

Read a related article about the threat posed by Islamic State

U.S. Africa Command, which oversees security operations on the continent, in February announced plans to withdraw 10% of its 6,000 special forces and defense contractors in sub-Saharan Africa over the next three years because terrorism in Africa doesn’t pose an immediate risk to its national security.

Niger is one of the world’s poorest nations, with annual gross domestic product per capita of about $1,000. The arid country is blighted by recurring droughts that are being exacerbated by climate change.

Externally, Niger faces threats on almost all sides. From al-Qaeda affiliated militants who have killed hundreds of people in neighboring Mali, to Nigeria’s Boko Haram movement in the east and an increasingly unstable and violent Libya to the north.

Still, while Mali and Burkina Faso are struggling to cope with near-daily militant attacks, Niger has largely remained stable, partly due to huge spending on defense that accounts for almost a fifth of its annual budget. It also benefits from generous European Union funding to stem the flow of migrants who try to cross its northern borders on their way to the Mediterranean.
Free Trade

Security was one of the top issues on the agenda at a summit of African leaders that took place in Niamey at the weekend. Heads of state also discussed the formation of a continental free-trade zone that is set to be the world’s largest. Nigeria, one of Africa’s biggest economies, and Benin became signatories on Sunday, bringing to 54 the number of the African Union’s 55 members to sign the accord, with only Eritrea outstanding.

Ghana will host the trade zone’s secretariat, the chairman of the African Union, Egyptian President Abdel Fattah al-Sisi, said at the summit.

The formation of the African Continental Free-Trade Area was agreed in 2018 after Issoufou, at the time the president of a regional bloc known as the Economic Community of West African States, convinced neighboring states to sign. The agreement came into force in May.

“The free trade zone will join the markets of more than 50 African countries,” Issoufou said. “It gives Africa a stronger position on the global market and a joint voice in trade negotiations.”

The ACFTA commits governments to greater economic integration as the signatory states move toward removing trade barriers including tariffs on 90% of commodities. The duty-free movement of goods is expected to boost intra-regional trade, while also helping countries shift from mainly exporting raw materials to building manufacturing capacity and attracting foreign investment. 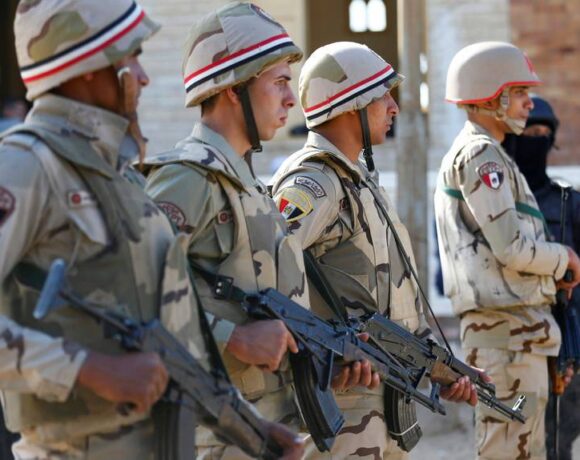