Violence affects more people than ever before in Africa’s Sahel

Violence in West Africa’s Sahel region has never spread so fast nor affected so many people, the United Nations said on Thursday, warning of an “unprecedented” humanitarian crisis.

“We have never seen the levels of violence that we’re seeing today,” said Sofie Garde Thomle, regional head of OCHA, at a press conference in Senegal’s capital Dakar.

“The displacement is happening so fast that it makes us all a bit afraid,” she said.

The countries of the Sahel, a semi-arid strip below the Sahara desert, have been struggling with rapid population growth, extreme climate shifts and Islamist violence for years.

But the fighting has worsened in recent months as jihadists have expanded their reach and stoked inter-communal fighting.

At the new nexus of violence, where Mali, Burkina Faso and Niger meet, more than 1,200 civilians have been directly targeted and killed this year through May, OCHA said.

About 4.2 million people are displaced across the Sahel, a million more than a year ago, according to OCHA, and most are living in communities already stretched for resources.

“Funding is very rapidly being transferred from social spending to security spending and this will aggravate the issues we’re seeing,” Oyen said.

Donors including the United States and the European Union have funded a joint military operation by five Sahel countries to contain the violence, and thousands of French and U.N. troops have been deployed to the region.

But U.N. officials and aid agencies said an overly militarized response to the crisis is only making it worse.

Civilians cannot tell the difference between military vehicles and cars bringing food or medicine, so aid workers have increasingly become the target of attacks and struggle to assert their neutrality, representatives of several U.N. agencies said.

“The terrorist groups are living among the population,” said Liz Ahua, regional representative for the U.N. refugee agency.

“We are seeking acceptance,” she said. 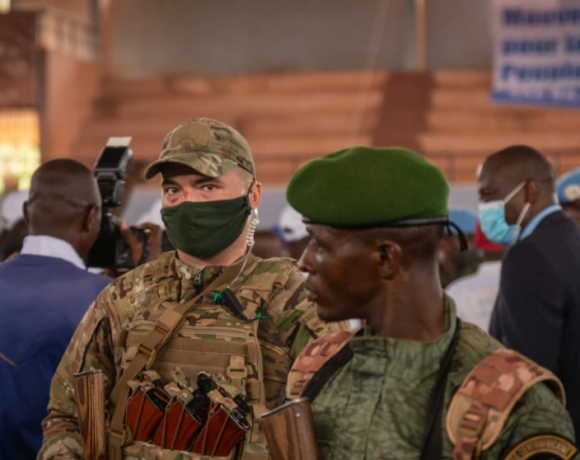