Thousands displaced by Boko Haram in Nigeria protest over food

Thousands of people displaced by Boko Haram violence poured into the streets of the Nigerian city Maiduguri on Thursday to vent their anger over food and medicine shortages in their camp.

An AFP reporter witnessed about 4 000 men, women and children from the Gubio camp for internally displaced persons (IDPs) block a busy highway in the northeastern city and disrupt traffic.

The protesters accused camp officials of diverting aid supplies meant for the 33 000 IDPs from eight districts in Borno state sacked by jihadists.

“We don’t get the food and medical supplies meant for the camp because they are usually diverted by the camp officials,” Sani Abubakar, one of the protesters, told AFP.

“We see food consignments brought to the camp being driven away in the same trucks that bring them and we don’t know where they take them,” said 46-year-old Sani, surrounded by a hoard of protesters who nodded in agreement.

At least six people died in the camp within a week due to lack of drugs, according to Laraba Buba, another displaced person.

“We don’t know where they take the food and medicines given to the camp. The suffering is too much,” said Buba, a 40-year-old mother of six.

Dozens of armed soldiers, policemen and paramilitary personnel tried in vain to convince the protesters to leave the highway.

“We will only leave this place when the governor comes and addresses the situation, otherwise we will hold an indefinite sit-in,” Buba said.

“We will call an emergency meeting with WFP to identify the problems and ways to solve them,” she told reporters at her office in response to the protest.

The Boko Haram insurgency has displaced thousands of people from farming, herding and fishing communities, destroying the livelihoods of over two million people.

Those displaced by the jihadist group were forced into camps and host communities, relying on food handouts from international aid agencies.

Others fled into neighbouring Niger, Cameroon and Chad as refugees.

Funding problems have forced aid agencies to scale back their operations, compounding the dire humanitarian situation in the region where over five million people are estimated to be under threat of hunger and possible famine.

The dire food situation forced thousands of displaced to return to their homes to farm, only to come under increasing attacks from Boko Haram fighters who kill and abduct them and accuse them of passing information on to the military and militia.

The decade-long Boko Haram conflict has killed at least 27 000 people and forced some two million to flee their homes in Nigeria alone. 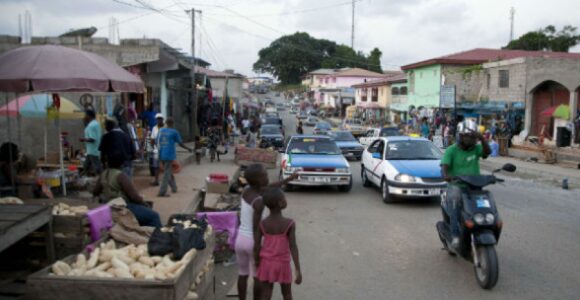