The Saudi-led military coalition vowed to respond firmly to a missile attack by Yemeni Houthi forces on a civilian airport in southern Saudi Arabia on Wednesday that wounded 26 people.

The Western-backed, Sunni Muslim alliance that has been battling the Iran-aligned Houthi movement in Yemen said the early morning strike was proof of Iranian support for what it called cross-border terrorism.

The coalition said a projectile hit the arrivals hall at Abha airport, causing material damage. Three women and two children were among the wounded, who were of Saudi, Yemeni and Indian nationalities, it said in a statement.

The Houthis said on their media channels that they fired a cruise missile at Abha airport, which is about 200 km (125 miles) north of the Yemen border and serves domestic and regional routes.

There was no immediate Iranian response.

The Saudi civil aviation body told Reuters flight traffic was currently running normally at the airport. The Houthi media center said the strike destroyed the control tower. The coalition’s spokesman did not immediately respond to a request for comment. Reuters could not independently verify the claim.

The attack follows an armed drone strike last month on two oil-pumping stations in the kingdom that were claimed by the Houthis. Saudi Arabia accused Iran of ordering the attack, a charge that Tehran and the Houthi movement deny.

The coalition said the strike on Abha airport could amount to a war crime and it would take “urgent and timely” measures in response.

“Appropriate measures will be taken to confront and deter these terrorist militias,” bin Salman said.

“The Iranian regime is the only party in the region that has been pursuing reckless escalation,” he added.

A Houthi military spokesman on Tuesday threatened that the group would target every airport in Saudi Arabia and that the coming days would reveal “big surprises”.

The alliance intervened in Yemen in 2015 to try to restore the internationally recognized government that was ousted from power in the capital Sanaa by the Houthis in late 2014.

The conflict is widely seen in the region as a proxy war between Saudi Arabia and Iran. The Houthis deny being puppets of Iran and say their revolution is against corruption.

A Houthi military spokesman said the attack on Abha airport was a response to the coalition’s crimes against Yemen. “The most modern American systems could not intercept the missile,” he said in comments carried by the group’s media center.

The coalition spokesman did not immediately respond when asked if the projectile had been intercepted by the kingdom’s Patriot missiles before hitting the airport.

The Houthis have previously targeted Saudi cities with drones and missiles, most of which have been intercepted. In March 2018 an Egyptian was killed in Riyadh by missile shrapnel.

The nearest Patriot battery to Abha airport is about 20 km to the north, said Jeremy Binnie, Middle East & Africa editor of Jane’s Defence Weekly. “A cruise missile might be able to come in at a sufficiently low altitude that it could not be engaged before reaching its target,” he said.

The Houthis stepped up their attacks following a lull last year ahead of U.N.-led peace efforts. The coalition has responded by carrying out air strikes on Houthi-held Sanaa.

Senior European Union diplomat Helga Schmid told Reuters in Abu Dhabi that Wednesday’s attack was a “provocation that is unacceptable” and risked undermining the U.N. efforts.

“We urge all parties to prevent any such further incidents, which risk escalating the current situation, pose a serious threat to national and regional security and undermine the U.N.-led political process,” Haq said.

The attack comes against a backdrop of heightened U.S.-Iranian tension following Washington’s move to tighten sanctions on Tehran and to reinforce its military presence in the Gulf.

The escalation in violence could threaten a fragile U.N.-led peace initiative in Yemen’s main port city of Hodeidah, which handles the bulk of the impoverished country’s commercial and aid imports and is a lifeline for millions of Yemenis. 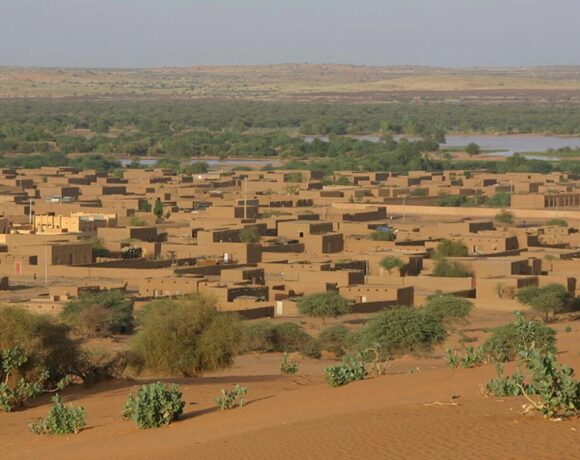 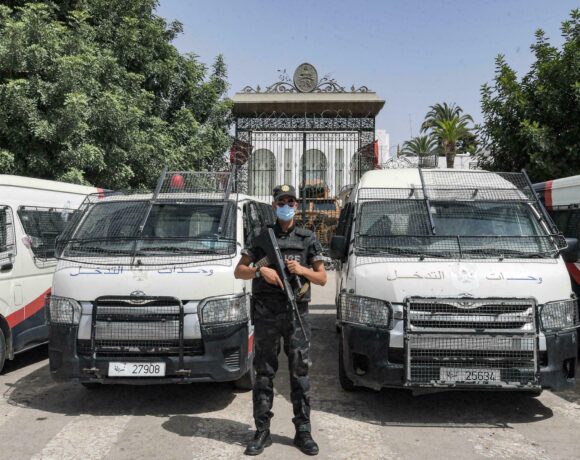