The mayhem started on Saturday night in Nigeria where gunmen on motorbikes killed 43 people in waves of attacks on villages.

The gangs are reported to have ride out from forest hideouts, spur into villages, kill and take off with livestock.

The same night across in Mali, gunmen attacked a village in the middle of the country killing 95 people, almost a third of the community’s 300 people.

The attack was attributed to a predominantly Fulani jihadist group led by preacher Amadou Koufa which has been targeting the Bambara and Dogon ethnic groups in central Mali.

Koufa in March 2017 joined the newly-formed Group to Support Islam and Muslims (GSIM), the leading jihadist alliance in the Sahel region, with links to Al-Qaeda. Its leader is Iyad Ag Ghaly.

The weekend of blood letting continued on Sunday night in Burkina Faso, which borders Mali, where dozens of armed men attacked a village leaving 19 dead.

In the Nigeria incident, eye-witnesses said the attackers “opened fire on the village indiscriminately” almost echoing the account in Mali that the raiders “started shooting, pillaging and burning.”

While there is nothing to suggest the attacks were co-ordinated, their style of execution backs growing expert warnings that terrorists and militants who were for some time confined to the Sahelian states of Mali, Niger, Burkina Faso, Mauritania and Chad are now spreading towards the coastal states of Benin, Ghana, Togo and Ivory Coast.

According to a report released by the Institute of Security Studies in Pretoria, South Africa on Wednesday, tackling extremists in the region will require regional cooperation and an end to institutional rivalry between United Nations, AU, ECOWAS and the G5 Sahel.

“Violent extremist groups often infiltrate spaces where the social contract between the state and citizens is weak or non-existent. They cooperate with other criminal groups such as illegal gold miners, poachers or traffickers, who also have an interest in maintaining state absence or weakening state presence,” wrote Lori-Anne Théroux-Benoni, the ISS regional director for West Africa, Sahel and Chad.

She also said dialogue with some extremist groups that are causing displacement in the region should not be ruled out.

In addition, political will will be required in countries like Cameroon where hardening of positions between Paul Biya’s government and separatists have left a schism for exploitation by other armed groups.

In the Nigeria case, four people were arrested in connection to those attacks.

A police officer said they included “a female informant of the gangs, who was disguised as a mad woman.”

The communities have taken in turn formed vigilantes which are also accused of extrajudicial killings of suspected bandits.

“Perpetrators and sponsors of such dastardly acts (will) be held accountable,” Nigeria President Muhammadu Buhari in a condolence message.

However, the government is accused of standing by as banditry, kidnapping, and killings in the northwestern states of Kaduna, Katsina, Sokoto and Zamfara run amok.

The latter is playing out in central Mali, a cultural beehive, where the pastoralist Fulani are in constant warfare with the Bambara and Dogon who are farmers.

Over the past 18 months, the UN mission in Mali (MINUSMA) said there had been 551 deaths from the three communities in the attacks. 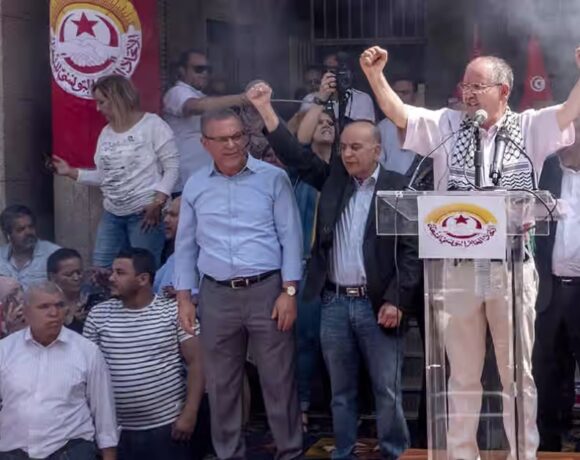