The slaughter of at least 95 people in central Mali on Monday points to a rapidly deteriorating security situation in the Sahel region that stretches across Africa’s arid waist.

Around 50 heavily-armed men reportedly surrounded the small ethnically Dogon village of Sobame Da, in the Mopti region, after nightfall, and launched their brutal attack. Some inhabitants had their throats slit, many more were shot.

Grain stores, cattle and ultimately bodies were burnt before the sun rose. By some estimates, the siege wiped out a third of the village’s inhabitants.

For decades, sedentary farmers of the Dogon and Bambara ethnic groups have been engaged in a local struggle for resources with predominantly Muslim Fulani herders.

The latest incident bears all the hallmarks of a revenge attack, following the murder in March of 160 Fulanis in Ogossagou, near the Burkinabe border, by attackers clad in traditional Dogon garments. It prompted the Malian government to outlaw the Dogon Dan Na Ambassagou – a self-styled Dogon self-defence unit – before resigning en-masse.

“The administrative reshuffle after the Ogossagou attack now appears superfluous,” Eric Humphery-Smith, senior Africa analyst at Verisk Maplecroft, told The National. “The real limitation is the government’s response capabilities, not the personnel.”

Climate change and resource scarcity in West Africa – particularly around depleted Lake Chad – have exacerbated this form of violence, but the conflict cannot be viewed in isolation.

Since 2012, Mali has been fending off a radical Islamist insurgency, which has seen tonnes of illegal weapons seep into the country.

Responding to Monday’s massacre from a state visit in Switzerland, Mali’s President Ibrahim Boubacar Keita said, “This country cannot be led by a cycle of revenge and vendetta.”

He called on Malians to unite to “allow our nation to survive, because this is a question of survival”.

Minusma, the UN peacekeeping mission in Mali – which last month said it had recorded “at least 488 deaths” in attacks on Fulanis since last January – deplored the violence. The operation is the UN’s deadliest, with 125 peacekeepers killed since deployment in 2013, and is up for renewal this month.

A UN spokesman said Secretary-General Antonio Guterres was “outraged” by the bloodshed and called on the Malian authorities “to investigate this tragedy and bring the perpetrators to justice”.

Although Monday’s violence is part resource-driven and part ethnically-driven, it occurred against the backdrop of a nation pulverised by violence.

“The recent attack highlights the difficulties that the Malian government is facing in securing large parts of the country,” Stephanie Karra, intelligence analyst at Risk Advisory told The National. “As well as inter-communal violence, terrorist attacks mounted by both Al Qaeda and Islamic State affiliates have increased significantly in the region over the past couple of years.”

In 2012, a radical Islamist insurgency sprung up in northern Mali, led by Tuareg rebels. They went on to seize half the country and advance on the capital, Bamako. Although troops from France, Mali and its neighbours repelled the insurgency, a flimsy 2015 peace deal failed to halt the violence.

Terror attacks have occurred regularly since then, leaving thousands dead.

Some analysts trace the uptick in farmer-herder violence to the birth of a Fulani extremist group in 2015, led by preacher Amadou Koufa.

In March 2017, Koufa joined the Group for the Support of Islam and Muslims (GSIM) terrorist group, which has ties to Al Qaeda. His trajectory speaks to the intersection between Islamist violence and farmer-herder clashes in Mali.

Bamako’s woes reflect a worsening security situation across the Sahel region, which stretches from Senegal in the west to Eritrea in the east.

In neighbouring Burkina Faso, four churches have been attacked in recent weeks, with scores killed and wounded. On Saturday, 19 were murdered in a fresh attack in the country’s troubled north. While the perpetrators have not been identified, a number of extremist groups, including GSIM and an ISIS affiliate operate in the area.

Following a weekend of horrific violence, the UN Security Council met on Tuesday to discuss the situation in the Sahel. Mali’s president, for one, will likely hope for more international assistance.

“Mr Keita has the broad support of the public,” said Mr Humphery-Smith. “But he may now be confronted with the fact that he has an ethnic violence problem in addition to a terrorist one.” 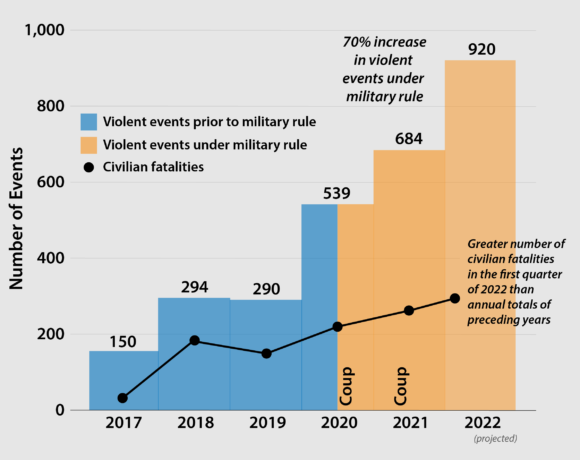 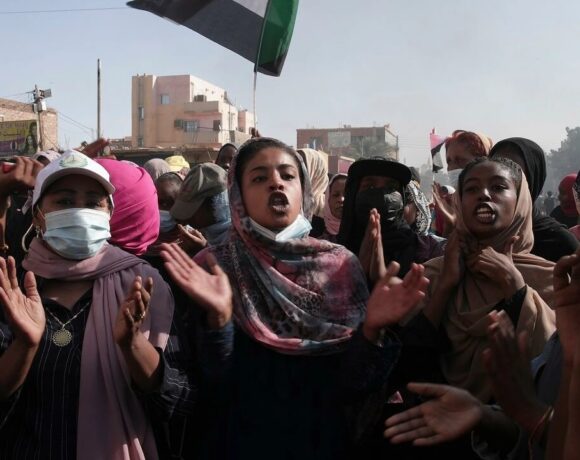