As Terrorists Settle Into the Sahel, West Africa Prepares for Battle

As global terrorism shifts away from battlefields in the Middle East, jihadists and other militants — including those affiliated with al Qaeda and the Islamic State — have begun seeking out unstable regions in sub-Saharan Africa as their next home. The Sahel, a vast space stretching from Mauritania’s Atlantic coast to Eritrea, has been particularly vulnerable to this shift due to its perennial tumult and poverty. But now, there are signs that the region’s militant spell has begun seeping into the West African countries to its south as well, which could have drastic consequences for some of the continent’s most prosperous economies, such as Ivory Coast and Ghana, and their chief military partner, France.

The countries within the vast African Sahel have long grappled with weak governments, rampant corruption, trafficking and militancy. Over the past six years, France and other Western powers have tried to keep a lid on the region through military operations and support, but the deep-seated problems continue to fester — adding to the hopelessness that helps fuel militant radicalization or migration to Europe among the area’s poorest communities.

Hanging by a Thread

Despite years of French military support across the region through Paris’ Operation Barkhane strategy, an effective mechanism to improve the increasingly dire situation in the Sahel has yet to emerge. France’s Group of Five (G5) Sahel Joint Force — a regional counterterrorism force comprised of roughly 4,000 soldiers from Chad, Mauritania, Mali, Niger and Burkina Faso — still suffers from funding and operational setbacks, rendering it essentially ineffective. Meanwhile, multinational efforts to invest in the region’s floundering local economies remain either insufficient or nonexistent.

In light of failed regional and international efforts to improve local stability in the Sahel, militant groups — including those affiliated with al Qaeda and Islamic State — are taking advantage. The security and governance vacuums in Mali’s vast north, for example, have offered these groups the room needed to plan and conduct attacks elsewhere in the region, as evidenced by the huge uptick in militant activity in Burkina Faso, just south of Mali.

In recent years, security in several Burkinabe provinces (especially in those closest to the Malian border in the north) have gone from precarious to extremely dangerous amid near-constant waves of militant attacks on schools, border posts and security forces. Government security forces in some Sahel countries have also been accused of committing massacres or other war crimes against local civilians — likely destroying any remaining shreds of goodwill between the government and more peripheral populations.

But there are now signs that militants are expanding beyond their usual areas of operation to countries further afield from the Sahel’s instability. Most recently, two French citizens were kidnapped in Pendjari National Park located in the far north of Benin in early May. When French special forces conducted a raid to rescue the two hostages in Burkina Faso, they ended up finding two other hostages from South Korea and the United States who had also been kidnapped.

In late 2018, two tourists, an Italian and a Canadian, also disappeared (likely as part of a kidnapping) near Bobo Dioulasso in southwest Burkina Faso — an area that had previously been viewed as relatively stable compared with the country’s more volatile north. Then, in April, authorities in Togo reported that more than 20 militants had entered the country from Burkina Faso, bringing with them notable sums of cash.

Given the seeming spread of isolated kidnappings or militant activity, extremists could soon move deeper into coastal West Africa to gain footholds — presenting a worrying prospect for some of the Continent’s wealthiest economies and their Western allies. France, for example, has maintained close economic and political ties with Ivory Coast as its former colony. And as a result, tens of thousands of French citizens live or visit the country on a yearly basis, providing a huge source of government revenue. However, as evidenced by the 2016 attack on Grand Bassam (a small resort town near Abidjan that killed 19 people), Ivory Coast also remains an attractive target for regional militants.

France and its allies will need to prepare for an even deadlier struggle in the Sahel in order to protect Paris’ political and economic interests in the region.

Ivory Coast and its eastern neighbor, Ghana — two of West Africa’s largest economic and political heavyweights (after behemoth Nigeria) — have each signaled their concern about Burkina Faso’s woes spilling south. In recent months, both countries have ramped up security efforts in their far northern territories to gain intelligence and halt any creeping militancy. However, given the vastness of the terrain — combined with the limited resources of local security forces and the needle-in-a-haystack reality of intercepting militant cells — such a task will be a daunting one. Thus, should attacks occur or other signs of militancy appear in Ivory Coast or Ghana, it could severely hurt tourism in the two countries by stripping them of much needed foreign revenue.

No End in Sight

But West Africa’s security partners have so far remained hesitant to jump in and help their allies. The United States has yet to fully turn its attention to the counterterrorism fight in West Africa, as it is attending to more burning problems elsewhere in the world. Meanwhile, other global powers, such as Germany, have continued to slowly amplify their security support, though their overall involvement remains extremely limited.

France, on the other hand, has deployed significant resources and manpower to the struggle in the Sahel in recent years as the region’s long-held security guarantor. But Paris still appears to be wary of becoming further embroiled in the problem. Nevertheless, should attacks start occurring in Ivory Coast, France could be forced to change its game plan and bolster its military presence in the region to secure its interests in the country, as well as in coastal West Africa at large.

However, as the global dynamics of international terrorism shift — most notably as operations against the Islamic State in Syria and Iraq and militants in Afghanistan wind down — the focus of militant groups will fall on Sub-Saharan Africa, providing a boost to regional extremists in terms of additional financing and expertise. And as a result, France and its allies will need to prepare for an even deadlier struggle in the Sahel in order to protect Paris’ political and economic interests in the region. 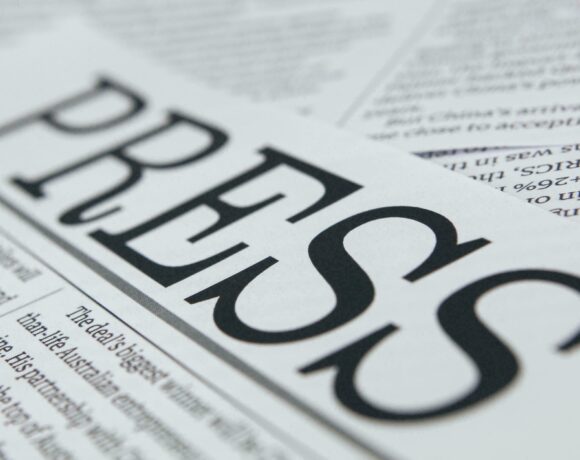