A youth recruited while watching football. A Catholic school graduate. Girls desperate for cash and jobs.

The al Qaeda-linked al Shabaab insurgency is using some unconventional accomplices to step up attacks beyond Somalia’s borders.

January’s assault on an office and hotel complex in the Kenyan capital, Nairobi, was the first to be led by a someone who is not an ethnic Somali since al Shabaab began major cross-border operations in 2010. Twenty-one people were killed.

The attack’s leader, Ali Salim Gichunge, nicknamed Farouk, was a 26-year-old Kenyan who attended a Catholic school and whose largely Christian Meru ethnic group has no ties to Somalia. He led four other assailants, including at least one non-Somali used as a suicide bomber, Kenyan security officials said. All died in the attack.

They are among a growing number of Kenyans with no family links to Somalia drafted by the militants in recent years, according to relatives, security officials and analysts.

Widespread poverty and unemployment mean al Shabaab can tempt recruits by offering cash or promises of work, researchers who interviewed defectors said. Even small gifts have lured some young men, their families said.

These new recruits have expanded the militants’ reach and complicated efforts by Kenyan security forces to thwart them.

“In the past, the security forces concentrated their efforts in parts of the country that are Muslim majority, Muslim-dominated,” said Murithi Mutiga, a project director for the International Crisis Group think-tank. “Now it’s much harder because al Shabaab has shown its adaptability by recruiting from outside the traditional areas.”

At the same time, al Shabaab has expanded operations from Somalia into East Africa, where it has shown it can hit high-profile targets, such as the offices of Western multinational companies.

Gichunge, the son of a Kenyan military officer, was radicalized while working at a hotel Internet cafe in Isiolo town, his sister told Reuters.

“It all started there. He was able to access new materials online, go to Facebook. He started studying Arabic language and all sorts of things,” Amina Sharif said.

His Muslim family had sent him to a mission school in Isiolo, a dusty northern town that is a gateway to three vast, arid counties neighboring Somalia.

Many in Isiolo were reluctant to discuss him, fearing police attention. But some said al Shabaab recruiters had been targeting young, unemployed men from outside the ethnic Somali community there for years.

The Bidu family are ethnic Boranas, a religiously mixed community not previously associated with Islamist violence.

Police caught Boru trying to join al Shabaab near the Somali border in 2017, his father said. The young man went to court, but authorities inexplicably dropped the charges.

His father keeps him at home now, forbidding him to use the phone. Bidu refused to allow Reuters to speak to his son, fearing a backlash.

“There is a big problem in Isiolo,” Bidu said. “Many have been persuaded to join the militants. Many others have been caught by authorities and returned.”

He said he knew three other families whose sons were recruited. Parents feel angry and helpless, and want the government to step up security.

But a USAID-funded study in 2018, quoted in a local government strategy document, estimated the group had recruited about 200 young men in the county to which Isiolo belongs since 2013.

Another 2018 survey asked 190 young Kenyans and 23 community leaders about violent extremism in Isiolo, neighboring Garissa county, the coastal counties of Kwale, Kilifi and Mombasa, and Nairobi. Seventy percent of respondents had a family member, close peer or neighbor involved in such activities, including recruitment, the British-funded study found.

Al Shabaab grew out of a political movement that used Islamic courts to impose order on war-ravaged Somalia. U.S.-backed Ethiopian soldiers defeated the Islamic Courts Union in 2006, but its youth wing split off and launched an insurgency.

As al Shabaab morphed from a nationalist insurgency into an al Qaeda franchise, it increased its messaging to other nationalities.

The first such outreach came after it killed 76 people watching the World Cup football final in twin suicide attacks in Kampala in 2010. Al Shabaab released a video threatening further attacks from militants who “speak your language and walk your streets”.

Since then, the group’s messaging has grown more sophisticated.

Kenya’s 2012 election was denounced in a press release and radio statement as a tool for infidels. Ahead of the 2017 election, the group released seven videos in local languages.

In one video, eight al Shabaab fighters from Kenya spoke about grievances specific to their ethnic groups, such as land-grabbing on Kenya’s coast, according to a 2019 report by the London-based Royal United Services Institute for Defence and Security Studies.

Other videos discussed the rising price of flour, or used graphics and statistics to build an economic case for Kenyan troops to leave Somalia.

“Religious ideology … is entirely absent,” the report said. “It seeks to relate to educated, non-Muslim audiences.”

Reuters attended one meeting organized by a grassroots peace group two weeks after the January attack. Fifteen parents who feared their sons had been recruited met at Isiolo’s dilapidated main police station. Organizers asked not to be named.

Over samosas, boiled eggs and milky tea, police explained they needed information to thwart the militants. The police had been criticized after previous attacks for making mass arrests and hauling in suspects’ families for questioning. This was a softer approach.

“These meetings encourage us … We are not alone,” said a mother whose son disappeared three years ago. She is furious at Islamist recruiters she blames for targeting her son.

“We don’t know them. If we knew, we would lynch them,” she said.

About two hours drive west from Isiolo, officials in Nyeri town say al Shabaab recruiters have penetrated one of its biggest slums.

The central Kenyan town, far from traditional militant hotspots along the Somali border and the coast, is a staging point for Mount Kenya hikers and home to the grave of Boy Scouts founder Lord Baden-Powell.

“It is not (only) people of Somali origin; we also have Kikuyu who have become members of the al Shabaab movement,” said Fredrick Shisia, the county commissioner.

The recruiters were mainly local Kikuyus who had converted to Islam, two intelligence sources in Nyeri told Reuters.

Shisia declined to provide figures on recruitment but confirmed that promises of cash and gifts are often made, sometimes under false pretences.

One female recruiter in the city of Mombasa approached a tailor who was struggling to feed her family and offered the woman 30,000 shillings ($300) to make dresses, according to a 2018 study by Fathima Badurdeen, a researcher at the Technical University of Mombasa.

When the woman went to deliver the dresses near the Somali border, she was seized and taken to an al Shabaab camp in Somalia, the report said. It did not say what happened next or how she escaped.

The first female-led attack in Kenya came in September 2016. Three women entered a Mombasa police station, stabbed an officer and set off a petrol bomb before being shot dead.

The Nairobi-born woman from the mainly Christian Kisii ethnic group described herself as an al Shabaab bride on social media. Police believe she has fled to Somalia. 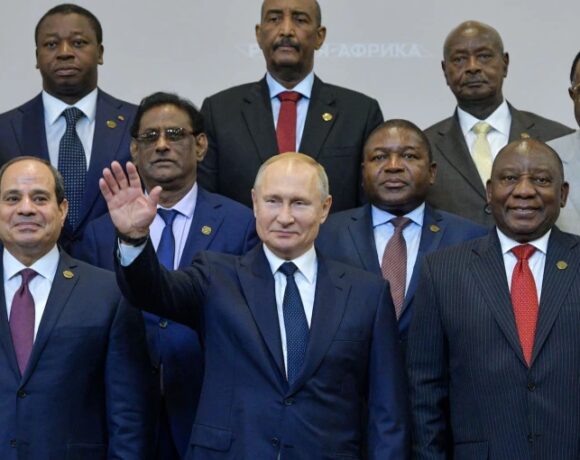 Who Blessed the Vlads Down in Africa?