In Africa, All Jihad Is Local

Last month, after an attack on members of the Democratic Republic of the Congo’s military was claimed by the Islamic State, observers quickly voiced concerns that the militant group was making inroads into Africa. A U.S. Africa Command spokesperson said that there are “meaningful ties” between the Islamic State and the Allied Democratic Forces rebel group.

To the southeast, similar concerns are being raised about the threat posed by a nascent insurgency in Mozambique. Residents refer to the insurgents by a variety of names suggesting ties to international Islamist groups, including al-Shabab, Ansar al-Sunnah, Swahili Sunnah, and al-Sunnah wa Jamaah. The militants have engaged in sensationalist displays of brutality, including decapitating residents. The Mozambican government has arrested hundreds of people for alleged participation in the insurgency. Because many of those who have been arrested are foreigners, some have taken this to mean that transnational jihad has come to Mozambique as well. A particularly alarmist (and dubiously sourced) report from a South African newspaper last year alleged that 90 fighters from the Islamic State had traveled to Mozambique—a claim the Mozambican government denies.

Analysis that characterizes local groups primarily as subsidiaries (or potential subsidiaries) of a global jihadi movement fundamentally misrepresents their nature. This sort of analysis is not merely a distortion of the armed groups’ activities—it also has tangible and dangerous policy implications. Overemphasizing the role of transnational jihadi ideology in African rebellions will lead to ineffective counterinsurgency strategy, in part by enabling the kind of government abuses that have previously driven recruitment into armed groups.

Those who argue that there is a significant link between the Allied Democratic Forces (ADF) and the Islamic State point to financing given to the rebels by transnational jihadis and videos released by the ADF featuring Islamic State iconography. But the extent of the relationship remains murky. Much clearer are the ADF’s local ties. It was founded as a coalition of dissident groups, both secular and religious, in response to repression by the Ugandan government.

Since then, according to the Africa Center for Strategic Studies, “the ADF has taken on many faces ranging from Salafi-Jihadi to secular-nationalist, ethno-nationalist, and secessionist, with each aimed at different audiences and employed for different purposes.” That makes fighting the group challenging; governments face the “difficulty of determining which of these identities is dominant at a given point in time.” And although the ADF may now use rhetoric that aligns its activities with transnational jihadi groups, it has spent years brokering relationships with local politicians and businessmen, recruiting members by speaking to local grievances, and embedding itself in the communities where it operates in eastern Congo.

This is not to say that international dynamics have not shaped the ADF’s operations. Indeed, the group has benefited from regional rivalries between Uganda, Sudan, and Congo. It is also possible that the ADF is now recruiting members locally with rhetoric inspired by transnational jihadi ideology. But such appeals do not constitute a robust linkage between the ADF and the Islamic State and likely do not have a bearing on the organization’s objectives and operations. Analysis that emphasizes ties to the Islamic State overlooks the fluidity of the group’s identity and its ties to local politics.

Similarly, the insurgency in northern Mozambique from the group al-Sunnah wa Jamaah (ASWJ) is a direct result of marginalization and abuse by the government. Cabo Delgado, where the ASWJ is active, is one of the most economically underdeveloped regions in the country. And tensions have risen over how gains from a massive natural gas reserve in the area will be distributed. Meanwhile, high levels of youth unemployment have been a boon to the group’s recruitment efforts. The Mozambican government has restricted press access to the area, limiting the amount of information that is available about the group’s activities and objectives. The information that has emerged suggests that insurgency is benefitting from the lucrative trade routes that pass through the region.

Local groups, whether linked to transnational jihadi groups or not, are still significant threats to African security. Indeed, both the ADF and ASWJ are worthy of government attention. According to the Armed Conflict Location & Event Data Project, between January and May 11, 2019, the ADF has been involved in more than 45 violent events associated with more than 100 reported fatalities. Of these events, many have been instances of violence against civilians. Similarly, in Cabo Delgado, ASWJ has been involved in nearly 40 violent events in 2019 thus far; more than 90 percent of these events were violence against civilians, which resulted in more than 85 reported fatalities.

To address the violence, the international community and national governments need to think local.

Ignoring the domestic drivers of insurgencies can have profound consequences. On a global scale, the international community’s readiness to accept the Islamic State’s claims about building a global caliphate gives the group undue credit. Few people board a sinking ship or join a group in decline—as the recent falloff in foreign fighters entering Iraq and Syria attests. But allowing the Islamic State to bolster its image by piggy-backing on local insurgencies—even those in which it may have minimal involvement—distracts from the spectacular losses that the group has suffered. As long as the terrorist organization can claim strength, it can begin to regroup.

The label “Islamic State affiliate” comes with significant implications. At the country level, it could embolden heads of state to adopt more of the very security tactics that contributed to the insurgencies to begin with. In sub-Saharan Africa as elsewhere, anti-terrorism proclamations have been used as excuses to clamp down on the freedom of press and to punish government critics. Already, in northern Mozambique, the government has responded to the insurgency by limiting press access, reportedly detaining young Muslims, and engaging in human rights abuses. Such activities can bolster rebel recruitment by reducing trust in the government and security forces—something the U.N. Development Program has identified as one of the most significant drivers of radicalization.

Newly elected Congolese President Felix Tshisekedi has already said that he is ready to work with the international community to counter the terrorist threat in his country. “It is easy to see how the defeat of Daesh, the Islamic State, in Syria and Iraq could lead to a situation where these groups are now going to come into Africa and take advantage of the pervasive poverty and also the situation of chaos,” he told the Atlantic Council in April. Yet such a framing will not help him address the root cause of these insurgencies. That sort of language seems crafted to attract international military support for counterterrorism operations. Tshisekedi and other heads of state know that there is an audience in Washington for such rhetoric. In 2017 after the deaths of four American soldiers in Niger, Senator Lindsay Graham, remarked “You’re going to see more actions in Africa, not less. You’re going to see more aggression by the United States toward our enemies, not less.”

In short, analysis that prioritizes linkages with the Islamic State over other relevant factors is likely to lead to ineffective government responses at the domestic and international level. Responding to the threats posed by these groups requires confronting the political and economic marginalization and the government abuse that drives these groups to take up arms in the first place. 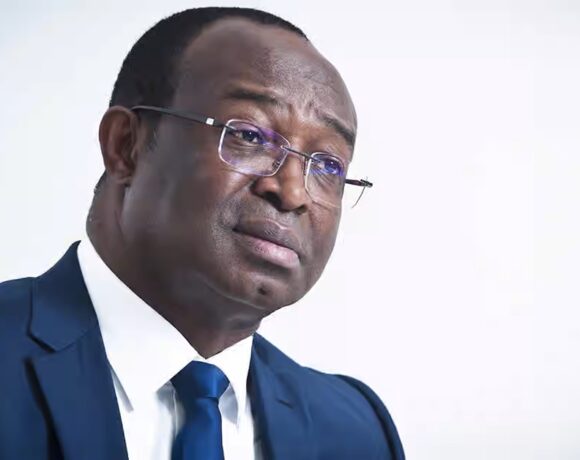