The foreign minister of Burkina Faso called Thursday on the international community to consider creating a counterterrorism coalition, like the ones for Iraq and Afghanistan, to better combat terrorism in Africa’s Sahel region.

The region currently has the G5 Sahel Joint Force, which includes troops from Burkina Faso, Chad, Mali, Mauritania and Niger. Those troops are tasked with fighting threats from extremist and armed groups.

But in the two years since its creation, the force has faced major delays and obstacles, including the car bombing of its headquarters.

The U.N. says the force is now 75 percent operational, but that equipment and training shortfalls are slowing its progress toward full operational capacity.

The Sahel also has 16,000 U.N. peacekeepers in Mali and 3,000 French troops based in Chad to help restore stability.

But despite the presence of the three forces, Burkina Faso Foreign Minister Alpha Barry told the Security Council the situation caused by terrorism and intercommunal violence was worrisome and deteriorating.

“This threat is gaining ground,” he said through an interpreter. “It is no longer contained within the north of Mali, in the Burkina-based Sahel or far from the borders of Mauritania. It is spreading and taking other forms, whose consequences are equally dramatic.”

Barry noted the recent attacks on Christian churches in his country, an attack on Niger’s military this week that killed 28 soldiers, and the abduction and rescue operation of four foreign tourists in northern Benin to illustrate the scope of the threat.

The minister said one of the main drivers of insecurity on the continent was the civil war in Libya, which is fueling terrorism and the proliferation of guns.

He said the Sahel nations required greater assistance because the security challenges were likely to be long term.

“Regarding the urgency of the actions to be undertaken, the member states of the G5 Sahel cannot succeed alone,” he said. “It is, therefore, time for the international community to consider creating an international coalition to better tackle the phenomenon of terrorism in the G5 Sahel and throughout the rest of the Sahel.”

Dozens of countries participated in the Afghanistan and Iraq coalitions. They fought the Taliban in Afghanistan and al-Qaida in Iraq for many years and at the cost of thousands of lives and billions of dollars. 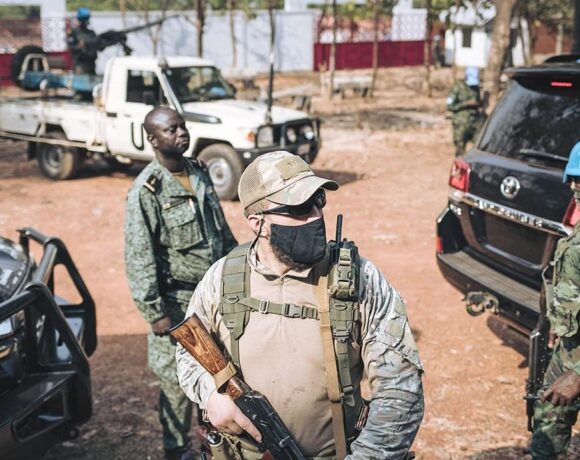