At least nine soldiers have been killed in an attack claimed by the Islamic State of Iraq and the Levant (ISIL, or ISIS) targeting forces loyal to renegade commander Khalifa Haftar, officials said.

ISIL fighters, “backed by criminal groups and mercenaries”, launched on Saturday a dawn assault on a military training camp in the southern city of Sebha, the city’s mayor Hamed al-Khayali told AFP.

“The attack left nine dead … some of whom had their throats slit and others who were shot dead,” he said.

A spokesman for the Sebha Medical Centre confirmed it had received nine dead bodies.

ISIL claimed responsibility for the attack in a statement distributed through social media, saying it had targeted “Haftar’s heretical militia” and freed prisoners held on the base.

Sebha – like much of the south and its oilfields – is controlled by Haftar’s Libyan National Army (LNA), and is 650km south of the capital, Tripoli, where the renegade general’s forces are currently fighting to take control from militias affiliated with a UN-backed government.

However, the campaign has not breached the city’s southern defences.
ISIL reemergence?

In a statement, the Tripoli-based Government of National Accord (GNA) said Haftar shouldered “direct responsibility for the reemergence of the Islamic State organisation; for [its] terrorist activities and its return to the scene … after the GNA had been successful … in destroying” the armed group.

“Ever since the offensive against Tripoli, we have warned that the only beneficiaries … are the terrorist groups and that what is happening will offer them a fertile ground to restart their activities”.

Meanwhile the UN’s mission in Libya, UNSMIL, said on Twitter it “strongly condemns the terrorist attack in Sebha, which was claimed by [ISIL] and resulted in a number of Libyan casualties”.

“Perpetrators, organisers, financiers and sponsors of terrorist activities must be brought to justice,” UNSMIL added.

In recent months, ISIL fighters have staged several hit-and-run attacks in southern Libya. The armed group retreated to the south after losing its stronghold in the central city of Sirte in December 2016.

Meanwhile, the ongoing fighting in Tripoli has killed at least 392 people and wounded 1,936 others, the UN’s World Health Organisation said on Friday.

More than 55,000 have been displaced as a direct result “of the intensifying armed conflict in Tripoli”, according to another UN body, the Organisation for the Coordination of Humanitarian Affairs.

“We are concerned about the alarming figures of displacement,” OCHA said.

Haftar enjoys the backing of Egypt, the United Arab Emirates and Saudi Arabia, which view him as an anchor to restore stability in Libya.

But Qatar said an existing UN arms embargo on Libya should be strictly enforced to prevent the commander from receiving arms.

The battle for Tripoli could ignite a civil war on the scale of the 2011 uprising that toppled and killed Libya’s longtime ruler Muammar Gaddafi.

Since Gaddafi’s removal, Libya has been governed by rival authorities in the east and in Tripoli, in the west, each backed by various militias and armed groups fighting over resources and territory. 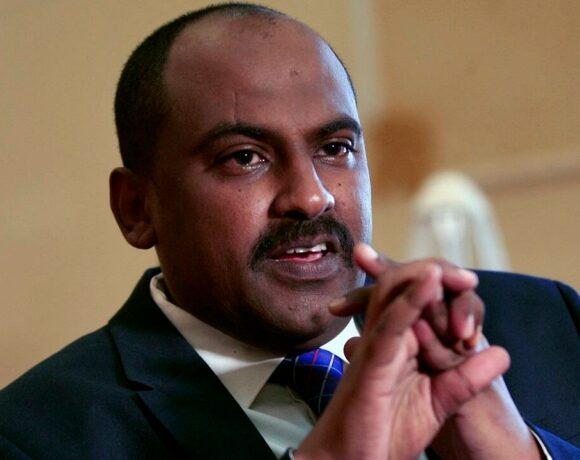 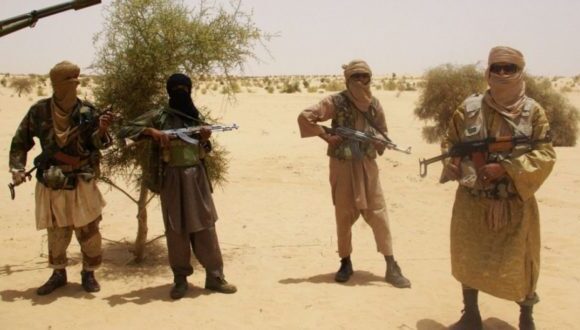