The US Must Stop Iran’s Takeover of Yemen

One of the primary revolutionary ideals to which the ruling clerics of the Islamic Republic of Iran are dedicated to upholding is not to limit the implementation of its version of Islamic laws to just Iran. The ruling clerics are also committed to exporting Iran’s revolutionary principle and expanding the fundamentalist mission to other nations.

How do they carry this out? By effectively taking over other countries. Lebanon, through Iran’s proxy Hizballah, was the first. Then came Syria, and finally, Iraq — with the Hamas-controlled Gaza Strip waiting in the wings.

With each victory, the ruling mullahs of Iran have grown increasingly lethal and increasingly bold. At present, and for several years, Iran has set its sights on Yemen.

This is not a random or new philosophy. This mission is part of Iran’s constitution. Its preamble states that it “provides the necessary basis for ensuring the continuation of the Revolution at home and abroad.”

The Iranian government has been employing every political and military tactic possible in order to fulfill this objective. These acts include, but are not limited to, funding and arming Yemen’s Houthis. This group, in the 1990s, both in the capital, Sanaa and in the north, started preaching peace to stop persecution of Zaidi Muslims, a sect close to Shiism, but ended up as a military force of more than 100,000. For the past four or five years, the Houthis, as the puppets and proxies of Iran, have been fighting the Saudi Sunnis, apparently to ensure that the conflict continues in Yemen until they, the Houthis, take control of the country and advance the interests of the Iranian government.

The Houthis have been fortunate to have Iran as such a powerful ally. Their Iranian backers will not let them run out of ammunition. The Iranian government continues to smuggle illicit weapons and technology into Yemen. According to a nuanced report by Reuters, Iran’s Islamic Revolutionary Guard Corps (IRGC) — recently designated by US Secretary of State Mike Pompeo as a Foreign Terrorist Organization — is a key supporter and sponsor of the Houthis, and has been stepping up its weapons supply to Yemen. The IRGC is also currently using a new route across the Gulf to deliver covert arms shipments to the Houthis.

More broadly, this drive gives an insight into the tactics and long-term strategies of Iranian-trained and -armed proxies across the Middle East. Their plans are built on four pillars: destabilization, conflict, assassination, and the rejection of any solution that has Sunni or Western origins.

An example of Iran’s pursuit of these four pillars includes the assassination of Yemen’s former President Ali Abdullah Saleh. In 2017, two days after he urged a resolution to the conflict, and when the international community sighed with relief that the four-year-old civil war and seemingly intractable conflict in Yemen was going to be resolved much sooner than expected, the former Yemeni president was murdered by the Iran-backed Houthi militia.

The Trump Administration, in contrast to that of its predecessor, Barack Obama, has taken a tough stance on countering Iran’s dark ambitions and extremism.

After President Donald J. Trump’s visit to the region to help uproot extremism and revive an “Arab NATO” to deter Iran, the Gulf states, including Saudi Arabia and the United Arab Emirates, ratcheted up their efforts to fight extremism.

Middle East Monitor reported on “leaked emails sent by UAE Ambassador to the US Yousef Al-Otaiba”:

A study by Britain’s Henry Jackson Society reported in 2018 that:

Followers of different religions have built 40 churches, two Hindu temples and a Sikh temple, all on land donated freely by the ruling authorities, who welcome foreign congregations in the UAE. The region’s largest Anglican Church is currently being built in Abu Dhabi and will accommodate more than 4,000 worshipers once complete. This new large facility will be not only be a center of worship, but also a gathering place for communities who are making a home away from home. This generous provision of land for non-Muslim residents is consistent with the hospitality that is a feature of Emirati culture and tradition.

The UAE and other Gulf states have also been participating with the United States in a multinational mission. As set forth by the UAE:

According to the Daily Caller:

The Daily Caller also notes that the UAE, through its Hedayah Center, a global think tank inaugurated in 2012, has also worked on being “a home for all faiths,” and on providing “communities and governments around the world with tools to increase their capabilities to counter extremism and recruitment efforts by terrorist organizations…”

Last year, the UAE designated 2019 as the Year of Tolerance, with a conference and other programs, been trying to promote the values of tolerance throughout the region ever since.

Saudi Arabia, for its part, after a few bumpy starts, has nevertheless been haltingly nosing toward reforms that include opening cinemas and allowing women to drive. It seems sad that these advances were marred by arresting and putting on trial some of the women who had requested the drivers’ reform, especially as what they requested is no longer illegal. It would be most helpful to Saudi Arabia, internationally, to see them all freed. Convicting them will just send a message to the world that the Saudi royal family are trying to threaten others as a warning not to express their views — and make the new reforms seem a sham.

It would also be most helpful to Saudi Arabia to free some of its other prisoners as well, primarily Raif Badawi, now in prison after receiving 50 lashes, for writing thoughts such as, “My commitment is… to reject any oppression in the name of religion… a goal that we will reach in a peaceful and law-abiding way.” In addition, the lawyer who represented him, Walid Abu’l-Khayr, should be freed from prison as well.

Saudi Arabia, despite problematic textbooks and exporting their preferred brand of Wahhabi Islam throughout Europe and much of the West by massively funding cultural centers and mosques, has not threatened Europe, or North and South America with anywhere near the degree of physical violence that Iran’s mullahs continue to do. Saudi Arabia has, however, just agreed to set up a strategic partnership council with India to work more closely together to fight terrorism.

Of course, it remains to be seen, as Nina Shea, Director of the Center for Religious Freedom, points out, how the many opportunities established in Saudi Arabia and the UAE are translated into actions, and not just “token tolerance”. Indisputably, the UAE has been leading the way. Shea writes of the first Papal visit to the region on February 3:

Iran and its proxies, on the other hand, have already demonstrated their fierce and ruthless strategy through acts of terror. The Houthis last July attempted to fire a missile at an Abu Dhabi nuclear facility — an act most likely meant to create mass civilian casualties. Thankfully, the missile fell short. Iranian-backed Houthis have also fired several rockets at Saudi Arabia.

The Yemen conflict means more to Iran than merely taunting its Gulf rivals, whom it has vowed to destroy. It is, rather, an ideological crusade to unite the Muslim world under its own Islamist rule, one that will always see any attempts at peace as merely a delay in the process.

The Islamic Republic of Iran has been encircling Saudi Arabia with the apparent goal of taking over Saudi oil fields and holy sites, and the major international shipping lanes on either side of the Arabian Peninsula: the Bab al Mandeb and the Strait of Hormuz. Iran has also been occupying Syria and Iraq; running Lebanon by means of Iran’s terrorist proxy group, Hizballah, and funding yet another terrorist group, Hamas, in the Gaza Strip, presumably in the hope of destroying Israel.

Even more alarming, by far, is that Iran is on the threshold of obtaining nuclear weapons and the ballistic missiles to deliver them. Iran, in short, has adopted a dangerous, expansionist ideology that needs to be taken seriously.

These episodes will not be its final iteration. America needs — now — to stop Iran from taking over Yemen. 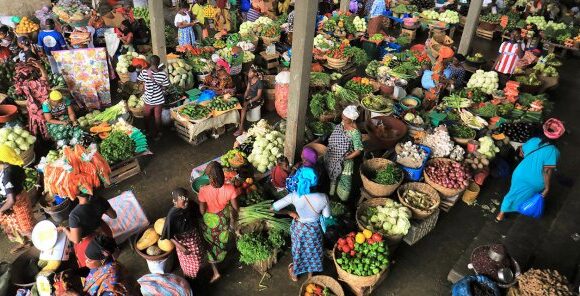 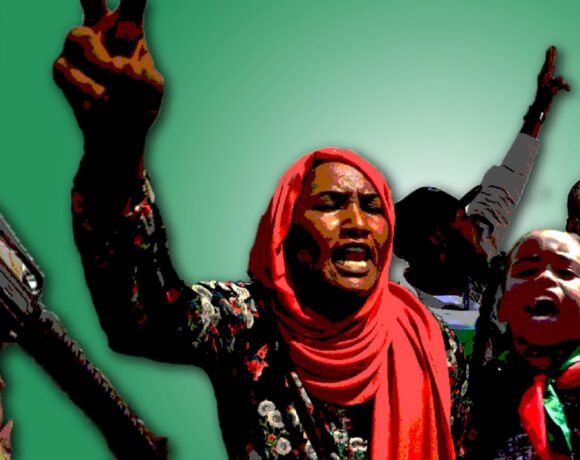