Libya Is on the Brink of Civil War and a U.S. Citizen Is Responsible. Here’s What to Know

Dozens of people have been reported killed and scores more injured in clashes on the edge of Libya’s coastal capital Tripoli after warlord Khalifa Haftar ordered his troops to take the city from the U.N.-backed government April 4. The offensive by the military chief Haftar, who has U.S. citizenship, has pushed Libya to the brink of civil war.

The Tripoli based-government announced on April 7 it was launching a counter-offensive it called Operation Volcano of Anger. On April 8, an airstrike the U.N. blamed on Haftar’s self-styled National Libyan Army (NLA) shut down Tripoli’s only functioning airport. The Health Ministry of the Tripoli-based government said at least 27 people, including civilians, have been killed since the offensive began. The media office of Hafter’s army said 22 of their troops had been killed in the same period. The U.N. has called in vain for a truce and international powers have evacuated their personnel.

The escalating violence—audaciously launched during the U.N. Secretary General Antonio Guterres’ visit to Tripoli—comes less than two weeks before a planned conference aimed at reconciling Libya’s numerous armed factions and paving the way for democratic elections in the country, which has been riven by political instability and violence since the 2011 killing of Muammar Gaddafi.

Here’s what to know about the conflict:

Who is Khalifa Haftar?

Described by CNN as the “ultimate pragmatist,” the 75-year-old was an officer in the coup that brought Gaddafi to power in 1969 but fell out with the dictator in the late 1980s. He exiled himself in the U.S., where he took citizenship, but returned to Libya in time to participate in the NATO-backed civil war in 2011 that ended Gaddafi’s 42-year reign.

He rose to prominence in Libya again in 2014, when he railed against the failure of the then-mandated General National Congress (GNC) to guard against the rise of insurgent groups and began a military campaign against Islamist militias called Operation Dignity.

From its stronghold in the country’s east, his LNA—which incorporates a band of loosely-aligned militias—eventually expelled Islamist militias from Libya’s second city Benghazi and its surrounds. Early this year, the LNA swept Libya’s southern oil fields, and now virtually surrounds Tripoli on the Mediterranean coast.

What does he want?

Haftar has cast himself as a national protector and his offensive in terms of security. The LNA vowed to “cleanse” Libya of “terrorist groups” before its troops advanced on Tripoli from the south and west. But his opponents fear he is attempting to return Libya to authoritarian rule similar to Gaddafi’s or that overseen by Egypt’s President Abdel Fattah el-Sisi, reportedly one of his principal international backers.

While Haftar declared war on Islamists he also enjoys the support of Libya’s conservative Salafist factions, who follow a fundamentalist version of Islam and have implemented strict Islamic law in some areas he has controlled. The conflict is “basically a struggle for the spoils of the country,” says Libya expert Frederic Wehrey, author of The Burning Shores. “The mask of ideology that perhaps was one division in the past has fallen away and now it’s just a scramble for pure economics and power.”

Why is the advance on Tripoli happening now?

Some analysts regard Haftar’s advance as a bid to change the facts on the ground before the U.N.’s planned national conference on April 14. Announced in March, the conference will discuss national unification and a timetable for long-delayed elections. On March 6—two days after Haftar announced his advance—the U.N. said it would still go ahead.

But there may also be a financial motivation for Haftar’s actions. A banking crisis has taken hold in Libya’s east, with foreign exchange reserves hit particularly hard. Haftar’s army is “a collection of self-interested groups who have latched onto his campaign for their own agendas, so he needs to keep in constant movement,” says Wehrey. “So much of Haftar’s momentum has been through cash payments and he’s got to sustain that somehow.”

Who are Haftar’s international backers?

Officially, they are few and far between. Every major state condoned the U.N.-backed Government of National Accord (GNA), and Prime Minister Fayez al-Serraj. But in reality, some “were also having parallel conversations with different actors and that enabled those actors to disregard the legal process and go with the military process,” says Elham Saudi, co-founder of London-based NGO Lawyers for Justice in Libya (LFJL).

Those states include Egypt and the United Arab Emirates, which want to curb the influence of the Muslim Brotherhood in Libya; Russia, which has treated wounded soldiers and reportedly printed money on behalf of Haftar; and France, which views him as key to stabilizing Libya and slowing the flow of migrants into Europe. Italy, which also wants to prevent migration through Libya, has fallen out with France over its tacit support of Haftar. “Nominally, of course, they’re on the same side, that of the U.N.-backed government,” says Joost Hiltermann, director of the Middle East and North Africa program at the International Crisis Group. “But in reality Italy and France are on opposite sides of this.”

The U.S. has supported armed groups fighting ISIS and al-Qaeda, which include those allied to the U.N.-backed government in Tripoli, and Secretary of State Mike Pompeo has condemned Haftar’s advance and called for forces to return to their “status quo ante positions.” But Libya “is just not a top priority” for America, Hiltermann adds.

How has the rest of the world responded to the offenive?

Guterres, the UN chief, met Haftar in person on April 5 but apparently failed to convince him to stop his advance. He left the country “with a heavy heart and deeply concerned” that conflict could break out, he said. “I still hope it is possible to avoid a bloody confrontation in and around Tripoli.”

The U.K. attempted to pass a security council statement condemning Haftar but it was vetoed by Russia, which urged all sides to show restraint. French President Emmanuel Macron reportedly called Libya’s U.N.-backed Prime Minister Fayez al-Serraj to discuss security. His foreign minister has said there is “no military solution” to the crisis.

But no state has threatened sanctions or acted to affirm the legitimacy of the internationally-backed government in Tripoli. As such, Haftar has interpreted their warnings as an amber, rather than a red light, according to International Crisis Group. For LFJL’s Saudi, the current crisis is the “natural culmination” of the international community’s inconsistency and failure to affirm the rule of law in Libya. “The international agenda has been pure carrot and no stick,” she says. “What is the incentive now to play by the rules?”

What is the situation like for people in Tripoli?

Even before the offensive, Tripoli was groaning under the strain of internally displaced people who had fled fighting elsewhere in the country. The city’s residents have for years endured intermittent power supply, high inflation, a plunging currency, and sporadic outbreaks of violence. Conditions are direr still in the city’s migrant detention camps—a consequence of the human trafficking trade that flourished amid the instability—where overcrowding, food shortages, torture and sexual violence have been extensively documented.

But Hafta’s advance could dramatically worsen the situation. Human Rights Watch says fighters from the LNA have committed “indiscriminate attacks on civilians, summary executions of captured fighters, and arbitrary detention.” Even if he were able to secure a military victory, analysts are skeptical Haftar’s governance would bring stability. “Haftar is deeply unpopular in many places and given the fragmented state of Libya and the proliferation of armed groups it’s going to be very hard to impose his rule throughout the country,” says ICG’s Hiltermann. 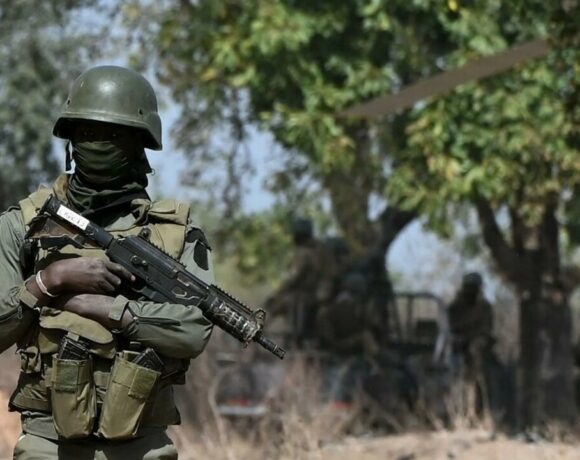 Suspected jihadists kill at least 19 in bus attack in Niger 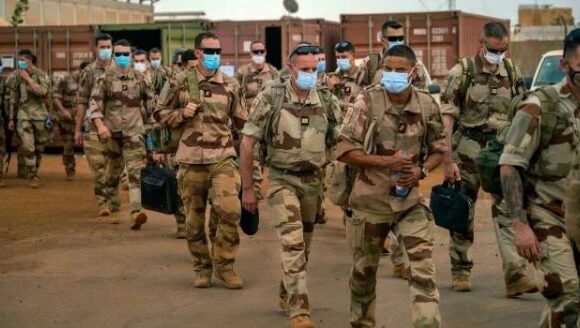