French and Malian troops killed or captured more than 30 extremists and dismantled a jihadist training camp during a major counter-terrorism operation near Mali’s border with Burkina Faso, the French military told AFP on Thursday, April 10.

“Over 30 members of armed terrorist groups were neutralized,” the military said, a term meaning that they were killed or captured.

A French military doctor was also killed during the operation, the military previously reported.

The operation was launched in late March in the Gourma, a crossroads region in Mali’s central belt that flanks the border with Burkina Faso.

The doctor, Captain Marc Laycuras, was killed when his vehicle hit a mine, bringing to 24 the number of French defense force members killed in counter-terrorism operations in the region since 2013.

Laycuras’s death on April 2 came a week after France’s armed forces chief General Francois Lecointre said jihadist forces in Mali were on the back foot, although he stressed that the enemy had not yet been defeated and that the fight to restore peace in the Sahel would be long.

Some 4,500 French troops are deployed in Mali, Burkina Faso, Niger and Chad to help local forces try to flush out jihadist groups, six years after France helped chase al-Qaeda out of northern Mali.

A medical team immediately intervened while the Barkhane force “secured the area of action with ground-based units, supported by a Tigre helicopter, without detecting an enemy,” the French armed forces said last week.

The Gourma area is a haven for armed groups who hide in the forests along the border with Burkina Faso to the south, including a group suspected of carrying out several cross-border attacks.

Around 700 French troops and 150 Malian troops were deployed in the air and ground operation to try to destroy their bases.

On the other side of the border Burkina Faso had deployed troops “to prevent any attempt by the enemy to escape towards the south of the zone,” French military spokesperson Patrik Steiger said.

The operation first targeted the Foulsare forest in the southwest of Gao province, where the troops found “a logistical base” containing rocket launchers and other weaponry, the military said.

No militants were killed in that offensive, the defense forces said.

The second phase of the operation, which caused the losses on the jihadists’ side, targeted several sites including a training camp in the Serma forest.

A pick-up truck, a dozen motorbikes and arms and ammunition, including large amounts of material used to make roadside bombs were seized, the military said.

French operations in the Sahel

The recent unrest in the Sahel began in Mali in 2012 with Tuareg separatist uprising against the state, which was exploited by Islamist extremists linked to al-Qaeda who took key cities in the desert north.

France began its Operation Serval military intervention in its former colony early the next year, driving the jihadists from the towns, but the militant groups morphed into more nimble formations operating in rural areas, sometimes winning over local populations by providing basic services and protection from bandits.

The insurgency has gradually spread to central and southern regions of Mali, and across the borders into neighboring Burkina Faso and Niger. Large swathes of Mali remain outside government control, despite a 2015 peace accord designed to isolate the militant Islamists.

The French mission evolved in August 2014 into the current Operation Barkhane, which has 4,500 troops personnel deployed with a mandate for counter-terrorism operations across the Sahel region, with 2,700 soldiers in Mali to support poorly-equipped local military forces.

Three U.K. Royal Air Force Chinook heavy lift helicopters based in Gao have since August 2018 supported French troops in Mali, and 50 Estonian soldiers are deployed in Gao in a force-protection capacity. In February, Denmark’s government announced plans to send two transport helicopters and around 70 soldiers to support Operation Barkhane at the end of 2019.

Troops deployed to Barkhane work alongside other international operations, including the U.N. Minusma stabilization mission in Mali, which began in 2013 and has about 12,000 troops and 1,750 police deployed, as well as the regional G5 Sahel joint counter-terrorism force that aims to train and deploy up to 5,000 personnel.

Explaining The Conflict In Libya 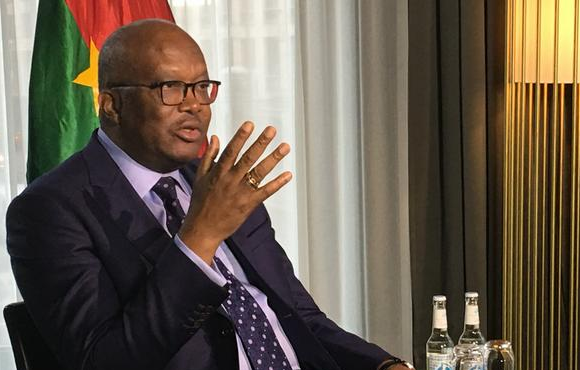