Somali security forces said Saturday they are interrogating a senior al-Shabab commander in charge of explosive devices after the arrest in an operation conducted in the restive Mogadishu city on Friday evening.

The ministry of information said the National Security and Intelligence Agency nabbed the senior al-Shabab operative who is responsible for fitting improvised explosive devices into vehicles.

The arrest came after the government said preparations are underway for the Somali army’s major operation in the country with most parts of terrorist stronghold territories being brought back under the control of the government.

The ministry said the heavy security operation will focus on Shabelle regions in central and southern Somalia to flush out the al-Qaida allied terrorist group which is fighting to overthrow the internationally-backed government.

The latest operation came barely a week after another al-Shabab commander was arrested during a security aid at Ugunji village in Lower Shabelle.

The Somali security forces backed by allied forces have stepped up their air and ground operations against the militants in the Horn of Africa nation despite the militants’ continued resistance. 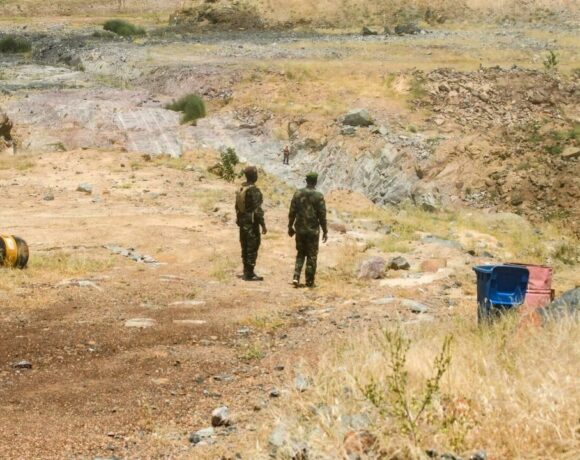