Bottom Line Up Front:
In March,130 civilians were killed in an attack in the Mopti region of central Mali, where a growing security crisis threatens to further destabilize the country.
Despite sustained international efforts, several jihadist groups are active in Mali and have exacerbated pre-existing tensions within the country, leading to a response from other violent non-state actors.
These jihadist groups have links to both al-Qaeda and the Islamic State.
In response to the growing insecurity, many ethnic groups have formed self-defense forces; the same militias responsible for the attack against civilians in Mopti.

In late March, approximately 130 ethnic Peulh civilians were killed in the village of Ohassagou, in the Mopti region of central Mali. The Malian government blamed the Dogon self-defense group, Dan Na Ambassagou, a violet non-state actor active in the region, and announced that the group has since been disbanded. The attack is the latest in a series of ethnic-related incidents that are occurring despite the presence of a UN peacekeeping force and French military troops in the country. Mali has a history of political violence that has escalated since 2012 when jihadist-backed Tuareg rebels seized control of the north of the country. As the rebels moved toward the center of the country, French forces intervened, following a request from Mali’s then interim government. The United Nations Multidimensional Integrated Stabilized Mission in Mali (MINUSMA) mission was subsequently formed the same year.

There are several groups active in central Mali, but most notably they include The Group for the Support of Islam and Muslims (JNIM), an al-Qaeda affiliate. The other group is Ansaroul Islam, formed in 2016, which has support from both al-Qaeda and an affiliate of the so-called Islamic State: the Islamic State of Greater Sahel. These jihadist groups have benefitted from exploiting pre-existing tribal and ethnic tensions in Mali. There are three main ethnic groups in central Mali: the Peuhl, Bambara and Dogon. They have traditionally coexisted in relative peace, with occasional disputes over access to land and water. Recently, an increase in the population of Dogons has led to increased tensions, as they have moved onto the Peuhls’ lands to accommodate their growing size. Jihadist groups have subsequently recruited from the Peuhl community, promising help to retake their ancestral farmland and improve their standing in the country, which Peuhls believe has been deliberately curtailed by the Malian government. While some have joined the jihadists and resorted to violence to achieve political means, most Peuhls strongly eschew violence.

Dogons and Bambaras have responded to the formation of jihadist groups in their homeland by forming self-defense groups, which include the aforementioned Dan Na Ambassagou. These groups have conducted counter-offensives against the jihadists operating in Mali, but have staged attacks indiscriminately against the Peuhl community as well, including most devastatingly in Ohassagou. In response to these incidents, JNIM—seemingly recognizing the potential recruitment benefits—has launched attacks targeting Malian soldiers, claiming to be doing so on behalf of targeted Peuhls.

In 2017, the G5 Sahel counter-terrorism force—a UN-supported regional force consisting of troops from Mali, Mauritania, Niger, Burkina Faso and Chad—began conducting operations across the Sahel. Despite efforts to combat the threat, over the past several years the conflict has spilled across Mali’s borders into Burkina Faso and elsewhere throughout the region. The UN and local governments must address not just the broader threat from jihadists groups operating in The Sahel, but local conflicts that are contributing to the spiraling violence as well. Of particular concern will be Peuhl civilians seeking to join the various assortment of jihadist groups because of fear of persecution and perceived marginalization. 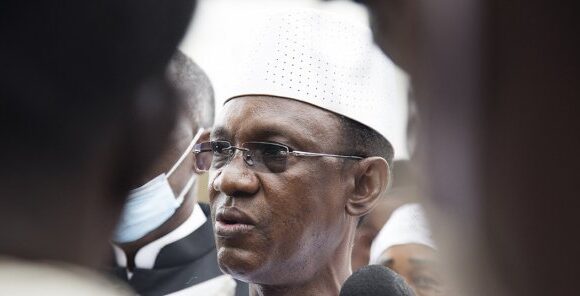