The brief video claimed to show an ambush on French forces somewhere near Mali’s border region with Niger. While no specific date was given, the video likely portrays last month’s Islamic State in the Greater Sahara (ISGS) attack near Akabar in the northern Menaka region.

In last week’s edition of Al Naba, the Islamic State’s weekly newsletter, the jihadist organization claimed a suicide bombing and subsequent assault on French forces near Akabar earlier last month. French forces confirmed a skirmish but claimed to have destroyed a suicide car bomb before it reached their positions.

While this video does not show a suicide bombing, distant smoke -presumably from the destroyed car bomb – can be seen providing more evidence that the video may be linked to that skirmish.

Although the video offers the first official combat footage from the region, it is not the first ISGS video to be released by Amaq. In 2016, the outlet released footage of Abu Walid al Sahrawi, ISGS’ emir, giving an oath of bayah (allegiance) to Abu Bakr al Baghdadi. This did, however, come almost a year after Sahrawi had already pledged his loyalty to Baghdadi’s cause.

Since the 2016 Amaq video, ISGS has continuously been neglected by the Islamic State’s central media apparatus, with only sporadic references afforded to it by the group’s various media outlets. ISGS has had to rely on claiming attacks through third party outlets, such as Mauritanian news sites, and releasing videos on its own.

However, in recent weeks the Islamic State has paid more attention to its Sahelien wing. In addition to the aforementioned claims in Al Naba, a photo released two weeks ago by its central media office purported to show the Islamic State’s men in Burkina Faso. 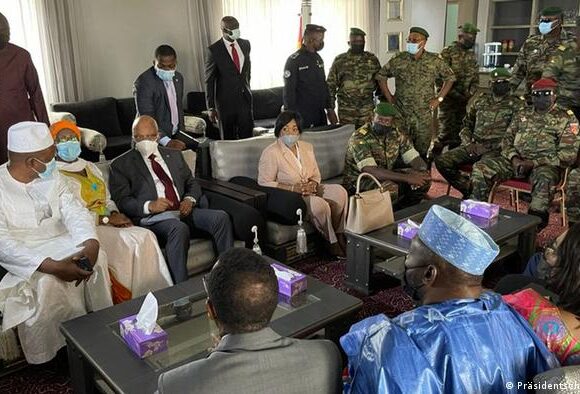