Seven soldiers and 38 militants died in an assault by the Boko Haram jihadist group in southeastern Niger, the defense ministry said.

“Armed forces … strongly repelled an attack by the terrorist group Boko Haram on the outskirts of Gueskerou,” the ministry said in a statement read on state television on Saturday, March 10.

Gueskerou in the Diffa region is in the Lake Chad basin, close to the birthplace of Boko Haram in neighboring northeastern Nigeria.

According to a provisional toll, seven soldiers and “38 terrorists” were killed. One was taken prisoner.

The Multinational Joint Task Force, which comprises troops from Chad, Cameroon, Niger and Nigeria, said in a statement published by the Nigerian Army that “Boko Haram Terrorists operating along the Kamadougou River, between Niger and Nigeria, attacked troops location in Gueskerou, about 30 kilometers from Diffa.”

It said that “27 terrorists” were killed and six technicals were destroyed. Some militants who escaped were being pursued as they fled towards Gashigar in Nigeria, MNJTF information officer Colonel Timothy Antigha said in the statement.

In a Saturday statement, Islamic State claimed fighters from its West Africa province affiliate on Friday killed 30 soldiers and injured others in an attack on a military base in Toumour in the Diffa region. It said that two vehicles were captured.

Toumour is around 30 km (19 miles) northeast of Gueskerou. It is unclear whether the ISIS statement referred to the Gueskerou incident or to another attack.

Boko Haram split into two factions in mid-2016. One is led by Abu Mus’ab Al-Barnawi and largely focuses on attacking military and government targets, while the other, led by Shekau, is notorious for suicide bombings and indiscriminate killings of civilians.

The government on Friday night named a new governor in Diffa. Mohamed Mouddour will replace Mahamadou Bakabe who had been in post since April 2018. No reason was given.
Attacks in Niger’s Lake Chad basin area

Friday’s assault was the latest in a series in the Lake Chad basin area of Niger.

Niger’s defense minister said in December that he feared Boko Haram would launch renewed attacks on its positions from January, when the river’s waters begin to recede.

Antigha said that “about 10 days ago,” MNJTF troops struck Boko Haram militants in Dorou in Niger, “neutralizing many of them.”

On February 15, seven Nigerien soldiers were killed in an attack on Chetima Wangou, also in the Diffa region. Islamic State claimed ISWA fighters attacked the military base.

Boko Haram was blamed for the January 28 killing of four people in Bosso, around 20 km east of Toumour.

The United States recently handed over a communications and operations center to the Niger army to help in the battle against Boko Haram.

The planning and operations control center is designed to help Niger forces synchronize its operations through improved communications.

In early January, a Nigerien army ground and air military offensive in the area against the armed group killed nearly 300 Boko Haram militants, according to the defense ministry.

Boko Haram’s bloody insurgency began in northeastern Nigeria in 2009 but has since spread into neighboring Niger, Chad and Cameroon, prompting a regional military response. Some 27,000 people have been killed and two million others displaced, sparking a dire humanitarian crisis in the region. 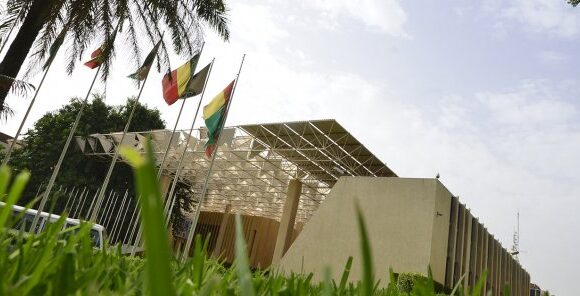