The final collapse of ISIS in Syria, following an earlier retreat from Iraq, will weaken ISIS Sinai even more, particularly because of the loss of financial support.

There are questions about what the collapse in Syria of the Islamic State (ISIS) organisation will mean for its affiliates, such as the militants in the Sinai who face a loss of material support but perhaps will gain reinforcements as battle-hardened jihadists return to their home countries, including Egypt.

“The local ISIS branch used to receive sizeable support from the mother organisation in Syria and Iraq,” said Nabil Naeem, a former leader of Islamic Jihad who renounced violence and has since become an expert on terrorist groups. “This support included financial and technical aspects.”

While Egyptian security forces have reduced the capabilities of ISIS in the Sinai, the group remains a threat that could increase if veterans of Iraq and Syria were to seek to bolster the group in Egypt.

Originally made up of local Salafist jihadists, ISIS Sinai was known as Ansar Beit al-Maqdis and an affiliate of al-Qaeda before it swore allegiance to ISIS leader Abu Bakr al-Baghdadi in 2014.

Those who remained loyal to al-Qaeda were commanded by former Egyptian Special Forces officer Hesham al-Ashmawy. He operated predominately in Libya but orchestrated terrorist operations inside Egypt. Ashmawy was arrested by the Libya National Army last October and handed over to Egypt.

ISIS Sinai operated freely across northern Sinai and carried out sophisticated attacks on mosques and security forces in Egypt, with financial and technical support from the mother organisation. The group used the ISIS banner to attract recruits from Egypt and other areas, including the Gaza Strip where ISIS gained popularity among Salafist jihadists.

Operation Sinai 2018, which began in February 2018, has forced ISIS Sinai to retreat. Egyptian forces have paid particular attention to cutting the group off from outside help. The Egyptian Army targeted networks of tunnels between the Gaza Strip and Sinai and the Egyptian Navy increased patrols in the Red Sea and Suez Canal.

The final collapse of ISIS in Syria, following an earlier retreat from Iraq, will weaken ISIS Sinai even more, analysts said, particularly because of the loss of financial support.

“It will become even weaker in the future with this collapse,” Naeem said.

ISIS Sinai, unlike other branches of the group, was predominately made up of Egyptian recruits, particularly from Sinai Peninsula tribes who have historically been neglected by the central Egyptian government.

“They [ISIS] found appropriate social conditions for their presence and growth in Sinai,” said Sameh Eid, another expert on extremist groups. “There are extremists in Sinai like the case in any other human community.”

Egypt has drawn up a multibillion-dollar plan for development in of Sinai, with hopes that additional funding and expansion could sway the public’s disillusion of the government.

There are no clear estimates of the number of Egyptians who have fought for ISIS in Iraq and Syria, although expectations are that any returnees would seek to re-enter Egypt through the Libyan border Sudan to the south and then head to the Sinai Peninsula to join the organisation there.

Egypt has stepped up security at its airports with returning jihadists in mind, including recent high-profile cases in which Egyptian dual nations were refused entry for their suspected ties to the group.

With the end of financial support for ISIS Sinai from the mother organisation, the group has sought to raise funds through criminal enterprises such as drugs and arms smuggling.

“Added to this is the support that comes to ISIS Sinai from the Gaza Strip,” said Saad al-Zunt, the head of local think-tank Strategic Studies Centre. “This support will continue to be an important lifeline for the radical group.” 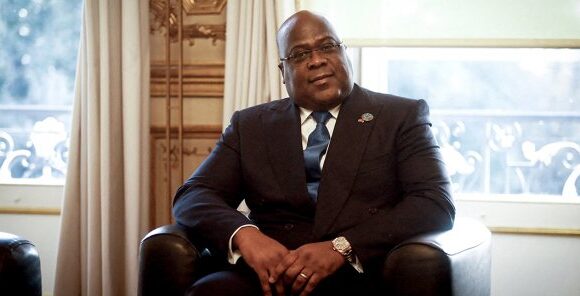