U.S. Africa Command’s counter-terrorism mission is facing some troop cuts, which has lawmakers wondering how that will impact the safety of the American homeland from terrorist groups like al-Qaida and the Islamic State’s regional loyalists.

The answer is probably not much.

That fact is one of the reasons the Defense Department tasked AFRICOM to optimize its forces, and cut unnecessary missions.

“In many of these groups, we have the intersection of jihadist philosophy with crime, historical influence, criminal activity, shipping of weapons, drugs, cattle and so forth,” Waldhauser said. “These groups may hang out a shingle and say ‘we’re with ISIS today,’” But they “may or may not have the intent or capability to attack outside their particular part of the country.”

“Even though they may call themselves al-Qaida or ISIS, sometimes it’s difficult to say they’re a threat to the homeland.”

That doesn’t mean there won’t be an impact on counterterrorism across the continent, but troop cuts won’t create a dire situation for local partners.

“At the moment we’ve been directed to conduct tranche one [cuts], which takes us out to the June of 2020, so that’s roughly 300 or so people coming off the continent, half of whom are conventional forces,” Waldhauser said. “At the moment, we don’t see a significant issue there. And whether we’ll ever be directed to execute the second half is to be determined.”

Cuts were made at locations where the U.S. has been training with partner forces for a long time: “in some cases, five, six or seven years,” he said.

Those partner forces “are prepared to execute on their own, and have been for some time,” Waldhauser added.

The U.S. will still continue to supply intelligence and logistical support where necessary, officials have said, such as the air transport currently provided to French forces operating in Mali.

“And, by the way, those are the two countries on the continent where we have authorities to conduct kinetic operations,” he said.

The cuts were initiated in large part by the Pentagon’s desire to focus on peer adversaries like China and Russia. Some have voiced concern that force optimization in Africa will cede the continent to China’s growing influence there.

But most of what China brings to the region deals with influence peddling, and that would be better addressed on the non-military side, according to Wheelbarger.

What does need to be addressed from the military angle can be done with the U.S. troops assigned to AFRICOM after the cuts go through, but not too much less.

“In the Defense Department strategy on China, it specifically states in there that we can expect to get no more resources and maybe less. So that’s fine,” Waldhauser said. “My point would be: we have 6,000 or so conventional forces, plus special operations forces on the continent today, we need to maintain that threshold force in order to accomplish what you described.”

Training exercises, port visits and other small engagements conducted by the Army, Navy, Air Force and Marine Corps component commands are the types of missions that need to be sustained in order to provide an alternative to Chinese influence, he said.

Other than that, it’s important to watch the threats from local terror groups and wait to determine if “they’ve grown,” and if they pose a threat to the homeland, Waldhauser added. 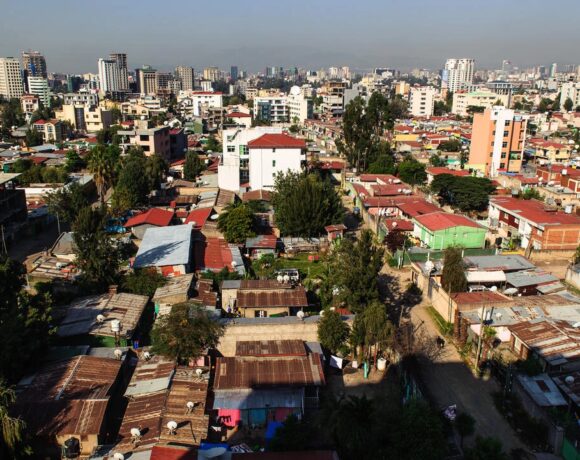